Starbucks & Others Come to Merida

The Sweet Smell of Starbucks

Working Gringos Report: Yep, Starbucks opened their doors in Merida this week, just as we predicted a few months ago. The old Wendy's location at the entrance to the Gran Plaza parking lot has been transformed into a very spacious and efficient Starbucks store with a lovely drive-through window, complete with well-trained order takers. We drove right up and paid the big bucks for our usual coffee drinks, and they tasted just as good as we remembered...better, actually! Because we were drinking them in Merida! Those drinks have joined our idea of "comfort food" and we must admit, those two pricey drinks in those familiar cups made us almost giddy. But a caramel machiatto and a cafe mocha wasn't enough to mark the occasion. We also bought ourselves matching Merida Starbucks cups! Expensive? you bet. But a cup with those two words on it? Priceless! Apparently, our friends at Dropped-In were right behind (or in front of...) us, having a similar experience! Now if we can only figure out a more legitimate reason to drive up to the Gran Plaza every morning...

There's not a lot of news this week because all eyes are on the State Fair. Working Gringos hope to get to the fair this week...for the first time ever! So stay tuned this week and next for news from the State Fair in Yucatan!

INM (Institute of National Migration) reports that they handled 3,817 requests to remain in Yucatan for a total of 4,131 extranjeros between Jan. 1 and Sept. 30, 2007. They had, at one time, reported as many as 500 applications per month and are, evidently, approving more than 400 a month. The tone of the report is quite tolerant, implying that all the extranjeros seem to want to do is extend their stays indefinitely so they will have time to decide if Merida is the place in which they want to settle. What we find interesting is those extra 314 people in the report. If there were 3,817 requests to remain in the country, and if this benefited 4,131 extranjeros, then maybe that means our population of children is growing at the tidy little clip of about 35 per month. That seems like a lot of kids. But if it's true, what a wonderful experience they have ahead of them!

The Black Christ of Sitilpech

Cristo Negro (the black Christ) is the patron saint of laborers and is highly revered in both the Mestizo and Mayan populations of Yucatán. Every year, on the morning of October 18, the Catholics of Izamal walk 4 km to the small pueblo of Sitilpech, which is the home of Cristo Negro. There is then a procession which brings Cristo Negro to Izamal, where he is installed in the convent for approximately one month. At the end of that time, which was this past week, the procession is in the other direction. The citizens who worship the Cristo Negro go out to meet the statue on the outskirts of Sitilpech and joyfully bring him home. This year, there were 8,000 Catholics waiting to bring Cristo Negro back to join the Virgin Mary in Sitilpech. Mark your 2008 calendars for this festival next year!

It seems that there is a statue of Ricardo Palmerín in Tekax and the statue has quite a nice size concrete base. The citizens are in an uproar because some people have been using the base of the statue as a local bulletin board by sticking all manner of little signs and posters on it. This week, matters got worse… It seems that some malvivientes have taken to painting graffiti on the base of the statue. Our sympathy is with the citizens who do not want to see their monument defaced, but we have to admit that we just love that word… malvivientes … (loosely translated: lowlifes). And the Working Gringos want to add that they actually love well-executed graffiti too...

Well – its official – the elderly folks in Tekax have, at least temporarily, given up the concept by which old folks have been formally defined for generations. This past weekend, they took up dancing the jarana in the municipal plaza. They are making all kinds of noise about joy and life… and even have their own club now, named “Color and Hope.” To add to their statement of their new identity, they even had some friends over for the day, another senior citizens' club, The Club of the Older Adults of Dzemul. What a joy to see the older Yucatecos having just plain fun – while leaving that “old folks” image far far behind. Yucatan Living wishes them all the best.

Traveling in the Southern Part of the State

If you decide to have an adventure, and head off for the southern part of the state, please be very careful. Many of the outlying towns and villages have been completely cut off due to road erosion following heavy rains that just don't seem to want to quit. This is not to say that you shouldn't head south, just try to stay on the main roads that go to major cities. Save that exploring trip for the dry season.

In recent months, Motul has put on a new face and is rapidly becoming a destination for those who are looking for a little less traffic, a little easier drive to a little less crowded beaches, but within minutes of the city of Merida and all that it still has to offer. Motul has good schools, its own newspaper, and is moving forward with all deliberate speed. There, you'll find country living near the city and even the beginnings of horse country. If you are a history buff, Motul was the birthplace of Governor Felipe Carrillo Puerto, also known as the Apostle of the Indians and the Red Dragon with the Eyes of Jade. He was murdered in 1924, but leaves a rich legacy behind that still exists today. Last time we were in Motul, we bought some great live plants from a few Mayan ladies selling them on the street. We walked through a lively mercado, sat in the equally well-attended central square and thoroughly enjoyed ourselves. Yucatan has something for everyone, so do visit Motul before you make the final decision of where to live.

Many of the people in Tabasco are still in shelters in other states, but even more have gone home, rolled up their sleeves, and started the hard, physical labor of rebuilding their lives. We know that, as extranjeros, we are not supposed to become involved in politics, but we do not know the Governor of Tabasco, nor do we even know his political party. What we do know is that, during the floods, he was on the levee with a shovel, working side by side with the people in an effort to save Villahermosa. Today, he is still in his shirt sleeves, working with the people to rebuild the State of Tabasco. Many have commented that this is the first governor they have ever seen who would do such a thing. We suggest that other politicians, throughout the world, take a page out of this man's book and pick up a shovel for the sole purpose of helping their people until the job is done, and not simply for the photo-op. In the meantime, the people of Tabasco are still in need of many basic supplies and of money. We are assured that the aid that has been sent by all organizations has been combined and then given out to the people so that equity could be preserved. You can see more on this tragedy on the website of Estado de Tabasco. And of course, if you want to help or send money, you can find out more on our article about the Tabasco flooding. We want to thank the many people who have sent money for the Tabasco victims through Yucatan Living, and encourage any others to please be generous. 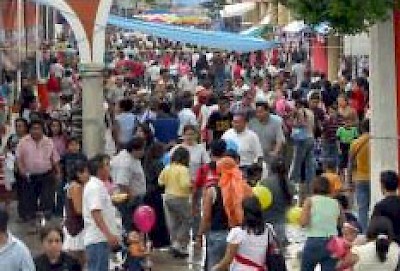 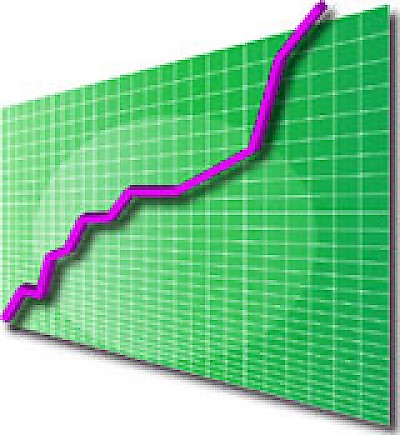 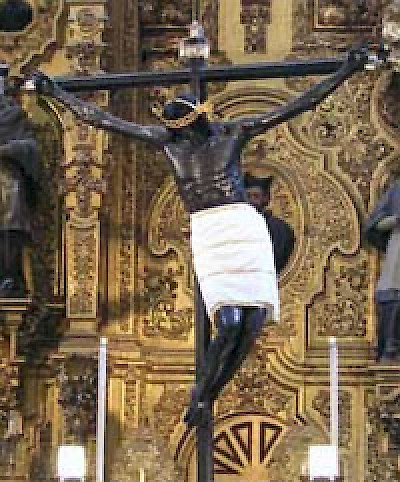 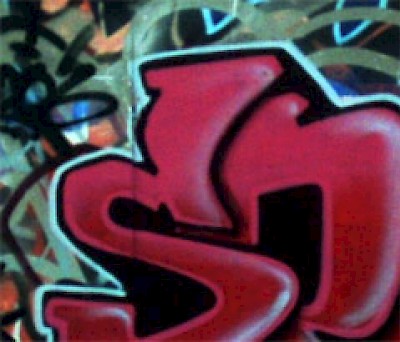 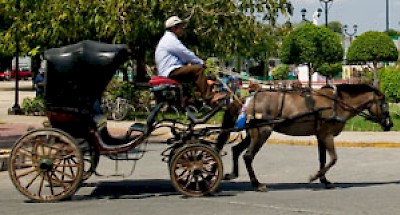 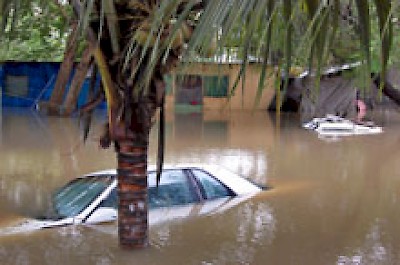