“This is a price one pays for living in a privileged place — the Caribbean,” he said, as he looked at the downed trees in the town square. “Nature collects a toll from us.”
-Alvaro Sosa Marvil, veteranarian from Chetumal City as quoted in the New York Times

This video is for those who have family, friends, homes or businesses in and around Merida or on the northern Gulf Coast of the Yucatan Peninsula but were not here during Hurricane Dean. No te preocupes. You'll see that the effects of Hurricane Dean on this area during the peak storm hours on Tuesday, August 21st, were not much worse than a blustery autumn day in the States. While we know that there are many in the southeast of the Peninsula who did not escape the worst of the storm, this video shows that those in the northwest are unharmed. 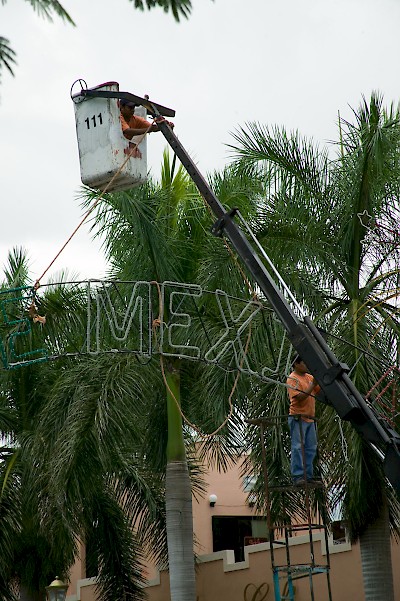