There's a local bush or small tree here, however, producing six-inch-wide, maple-like leaves that can be cooked like collard greens. They taste good and have surprisingly high levels of protein, calcium, phosphorus, iron and Vitamins C and A. The plant's local name is Chaya. It's CNIDOSCOLUS ACONITIFOLIUS (sub-species ACONITIFOLIUS), a member of the Euphorbia Family, which explains why its leaves look a little like Poinsettias, also of that family. That's it below: 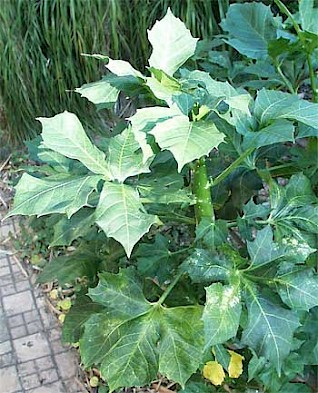 Chaya is the domesticated form of a local weedy bush with soft leaves protected by abundant, nettle-like stinging spines. When cut, the plant exudes a thick, milky sap. The wild species is called Mala Mujer, or "Bad Woman," maybe because it looks so good, but stings so smartly. In fact, even Chaya has some stinging hairs which leave the hands smarting after picking the leaves. Here average people eat Chaya regularly, typically mixing a few leaves into broths and stews containing ingredients such as squash, tomatoes, onions, chili, garlic and a few shreds of some poor old hen.

Before consuming chaya, some preparation is required, as noted on the plant's Wikipedia page. "The leaves should be cooked before being eaten, as the raw leaves contain a high content of toxic hydrocyanic acid. Up to five raw leaves can be eaten a day. To be eaten safely, the required cooking time is 5–15 minutes, with 20 minutes being recommended most often in recipes, and it should not be cooked in aluminium cookware." [Wikipedia source article]

One of the wonderful things about Chaya is that you can simply poke a cut stem into the ground and if you keep it watered it'll quickly grow into a new bush with plenty of leaves.

This article is adapted from Jim Conrad's Naturalist Newsletter. Jim is a naturalist with years of experience observing the ecology of the Yucatan Peninsula and beyond. The following article is adapted from the February 4, 2006 Newsletter written at Hacienda San Juan Lizárraga one kilometer east of Telchac Pueblo, Yucatán, Mexico. You can find the original article on backyardnature.net
All images and text at the backyardnature.net website, unless identified as produced by someone other than Jim Conrad, are copyright free, in the public domain. 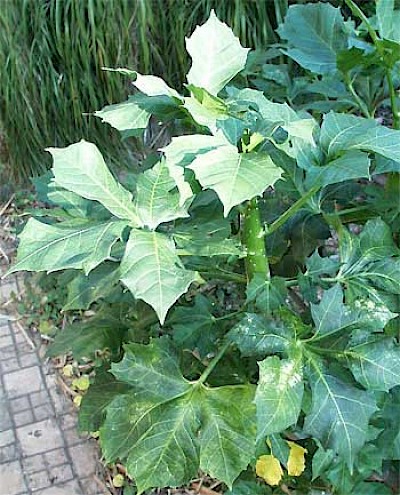 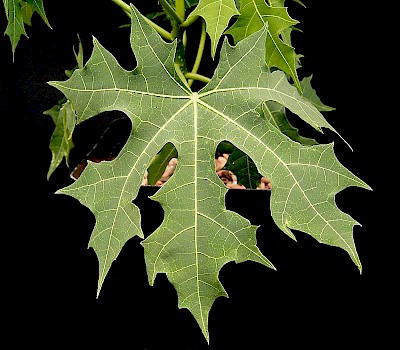