Arielle: My husband Don and I moved from Kansas City, Missouri to Playa del Carmen right after 9/11, although the move had nothing to do with terrorist attacks. He had sold his part of the family business - a manufacturing company - back to the family and was ready for a big change. He lived in Europe for a number of years and I had lived in Hawaii, LA and Australia, and we both decided we wanted to live in a warm beach location.

YL: Why did you choose Playa del Carmen over other places in the world?

Arielle: I had been traveling to the Caribbean coast of Mexico for quick beach escapes - ten days here, a long weekend there, when I realized that I had been here four times in a 14-month period, which really took me by surprise! The only place I had been that drawn to before was Paris. I then began giving yoga retreats for my students and people who found out about me via my web site http://www.morethanyoga.com/ in resorts near Akumal.

So when we were looking for a beach location to move to, Playa got my vote.Don however, wanted to move to Roatan, an island that is south of the Yucatan which is part of Honduras, but it was way too primitive for me! My goal was to settle no farther than a two-hour plane ride from the US .

Arielle: Yes. I had already been hired to teach yoga for a woman who owned a gym in Playa and needed to have someone teach for her while she went on maternity leave.

Arielle: Yes, my work activities have remained rather consistent: teaching yoga, writing, and choreographing. I also love to cook, and now that there is a much better selection of produce, I?m seriously back in the kitchen again.

YL: Did you buy a house right away or rent first? Do you think you made theright decision (either way)?

Arielle: After four years, we are still renting. But we were lucky enough to buy land near the beach on the north side of Playa and plan on building a yoga center/condominium complex starting later this year.

Arielle: I am quite settled and at home here, although it took awhile for me to adjust. We?ve maintained an apartment in Kansas City (mostly for my benefit), and I get back there about three or four times a year. Throughout my life, I?ve found that need a break from living wherever I am. But in truth, some days, Mexico gets to be a little too Mexican for me. Don however loves it here and rarely returns to the US.

Arielle: Yes, if something happened to Don, I believe I would. I haven't found the same kind of friends here that I have in the States and it would be good to have the depth of that support.

Arielle: Culture! Or the lack of it! My life has been all about the arts, and I miss seeing dance and theater.

Arielle: I love teaching yoga so close to the sea. It's a perfect setting for a Pisces Mermaid like me! Both studios where I teach are meters away from the ocean. I love the tropical plants and gardens. I love the international community that has settled in Playa. It's definitely not homogenized!

Arielle: Friends, arts (see above), Barnes and Noble, the ease of living in a country that speaks your native tongue. Intellectual stimulation.

Arielle: Good accountants are hard to find. Capable legal counsel as well. Dishonesty and graft are rampant in Mexico. (YL Note: We've heard this more than once about Playa del Carmen but have found very honest and hardworking accountants and lawyers in Merida.)

Arielle: No, but my husband does.

Arielle: No, I work less. But this year has started off with a bang: yoga workshops, teachers' training, and classes. I'm writing a yoga book - so it feels pretty hectic, but I know it's not as much as it would be in the States.

YL: Is Playa del Carmen different for residents than it is for tourists?

Arielle: Of course. We know all the good restaurants and out of the way places for specialty items.

Arielle: My Spanish is functional in some areas, unreliable at best in others. I'm able to teach my yoga classes in Spanish, and order food in the restaurants, ask directions and information, etc., but I'm not very good in a hardware store for example, where there is a subject-specific vocabulary.

Arielle: I wouldn't call it a barrier. But I'm aware that there is an entire level of reality that's happening around me that I'm not comprehending through the spoken Spanish language. But, like they say, poco a poco - or little by little, my Spanish improves.

YL: What is the one most important piece of advice you would give someone
just moving to the Yucatan?

Arielle: It seems like a natural progression to me. It will also alleviate the stress around applying for my working visa each year.

Arielle: Mostly just fine. I think the fact that there's so many people from all over the world living here diffuses the "Ugly American" stigma.

Arielle: More welcomed than anything else. Other Americans welcomed me, as I, in turn, have done with others. But I share friendly smiles and greetings back and forth with native Mexican waiters, shop and restaurant owners, etc., everyday. That's how I lived my life in the States and in Australia - I'm a friendly, outgoing person and I meet people easily wherever I travel. As friends go, most of ours are American, be we also have Dutch, Mexican, and German friends as well.

Arielle: I see myself opening our Yoga By The Sea Retreat Center, continuing to teach classes and train other teachers.

Arielle: Definitely! With all those Baby Boomers into yoga, you bet!

Be sure to visit Arielle's website if you are interested in taking or learning yoga in the Playa del Carmen area. http://www.morethanyoga.com/.

Yucatan Living will be bringing you more expatriate interviews in the future. We welcome your comments and any other questions that you have for the people living in the Yucatan. 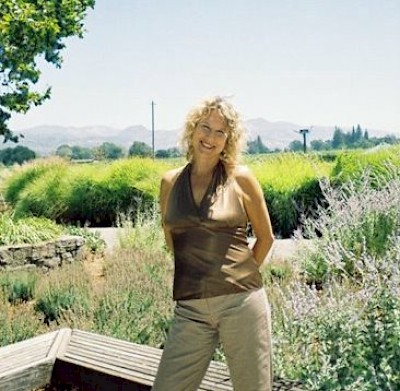