No - I am not talking about a Timothy Leary acid party in the 1960s. Rather, I am trying to describe an unbelievably wonderful charity benefit concert featuring the famous composer/musician (and a longtime favorite of mine and my wife Dorianne's), the world renowned Philip Glass, with a "light show" by James Turrell, the internationally acclaimed light and space artist. This unique event, many months in the making, was held at Hacienda Ochil, about 30 minutes south of Merida on the evening of November 14. The event hosted by Roberto Hernandez (former CEO of Banamex) and his lovely wife, Claudia Madrazo, as the patrons of the event.

There were approximately 500 invited guests. Tickets cost $4000 pesos each and the proceeds went to the conservation of the cultural heritage of Mayan villages. Upon arrival all the guests were treated to a pre-concert cocktail party with wonderful and delicious snacks and an open bar. All of this was held in a beautiful open area between two parts of the renovated hacienda, with tables and chairs and special colored lighting all around.

Hacienda Ochil is a partially renovated hacienda. The various buildings on the grounds house workshops for local artisans, a small gift shop, an even smaller museum, a restaurant, a cocktail and gathering area, an orchid garden, restrooms and its newest addition, an amphitheatre that looks down onto a stage, built at the mouth of a cenote. This amphitheatre was the setting for the concert.

The concert itself was performed on a stage in the cenote, which made for a very dramatic setting. With the ever-changing lighting throughout the concert that was designed by James Turrell, the event was truly magical!

My wife and I are from Chicago, and have had the pleasure of attending a number of Philip Glass concerts at various venues, including the Chicago Museum of Contemporary Art and several art galleries over the years. If pressed, we would have to say our favorite was a Kronos Quartet concert of Philip Glass music in the intimate setting of a friend's art gallery. As it turns out, Philip Glass music done by a string quartet sounds quite extraordinary.

At the concert at Hacienda Ochil, Mr. Glass performed with two other men. Adam Rudolph was the percussionist. Foday Musa Suso played a number of musical instruments throughout the concert that made sounds not heard often by Western ears. He played instruments such as an African 21-string harp/lute, which in particular added to the haunting melody of Phillip Glass's compositions. The three men have played extensively together over the years as a trio and the program was a billed as a 'historical sampling' of their work. They performed approximately fifteen compositions, including an encore which was followed by a standing ovation by the concert guests.

After the concert, Robert and Claudia Hernandez hosted a post-concert reception, complete with an exotic female DJ, setting the tone for this unique event. This reception was held in a second location on the Hacienda Ochil extensive grounds, and all around us, the buildings and plantings were lit beautifully with colored floodlights. As before, there was an open bar and waiters passing drinks and platitos (little plates) of delicious snacks into the late hours of the night.

Our hope is that Sr. Hernandez and his wife Claudia Madrazo, based on the success of last night's benefit concert, will choose to host addition world-class events in the future at this or the many other wonderful venues in the Yucatan. 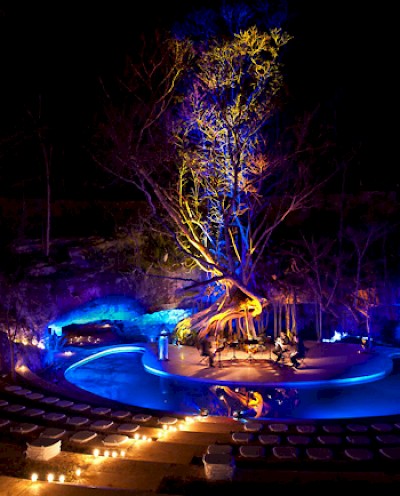 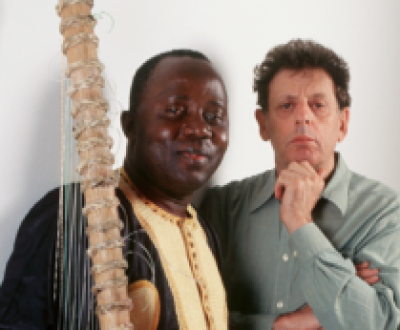