Mexicans have a much higher standard of personal grooming than Working Gringos will probably ever achieve. When walking along the calle at 6:00 AM, the women are impeccably dressed. Their makeup is carefully and prudently applied. They leave a scented trail of rose water or talcum as they pass by. The men wear guayabera dress shirts, slacks smartly creased, and polished black leather shoes.

We have no idea how early these people must wake up every morning to achieve this effect. Working Gringo spends ten minutes in the bathroom to shower and shave, then throws on tee shirt, shorts and sneakers, the standard-issue uniform of the gringo expatriate.

Most Yucatecos dress predominantly in white. It is nothing short of a miracle that they manage to keep their clothes as white as they do. In case we've not mentioned it before, the weather here is often a tad sultry. It's the tropics, and in some places it's a jungle. Things get dirty. But even the most modest of Mayan women living in the smallest pueblo in the farthest reaches of Yucatan manage to achieve whiter laundry than our technologically advanced Frigidaire over-under washer-drier combo using new, improved Tide.

We also assume that Yucatecos take at least three baths a day. That's the only way we can account for how pleasant they smell. All day long.

The first time we recognized this was during our first El Grito. This is when everyone in Merida swarms into the main plaza to hear the Governor re-enact Hidalgo's cry for independence from Spain. This happens at 10:00 PM. It happens in September. In other words, it has been a long day during a rather humid season, which can leave one smelling a bit, uh... ripe.

We waded into a crowd packed more tightly than a mosh pit at a Pearl Jam concert to get a better look, and the first thought is: gee, the crowd smells like a botanical garden. The second thought is: do we smell like cattle?

Fortunately, there are always fireworks at El Grito, so the familiar battleground aroma quickly covered for us.

The crowning achievement of Yucateco grooming is their hair. We have no idea what feats of mechanical engineering are required for the various women's hairdos, nor how they maintain the colorful garnishes they plant in them. We do know that the men check in to their local peluqueria, or barbershop, at least weekly, if not daily, in case the Armani people call for a photo shoot.

One of the oldest and best barbershops is on Calle 60. It's called Estetica Panamerica and the proprietor is a 68 year-old maestro del pelo named Fernando. He knows everything about Merida. He speaks deliberatly using basic Spanish so Working Gringo can actually have a conversation with him. And, of course, he's perfectly groomed.

Last night, Working Gringa suggested we go out to dinner. Oh, and on the way we should stop in at la peluquiria so Working Gringo could remember that for only 15 minutes of his time and $9 dollars of his money, he could rejoin human society. Clothes may make the man, but a fresh haircut makes the Mexican. 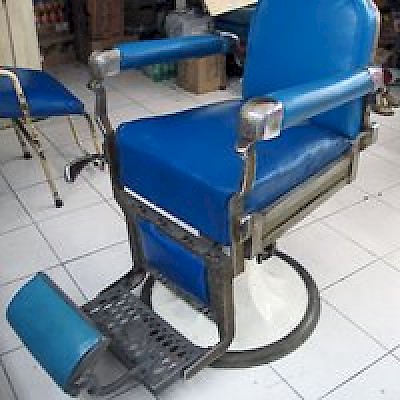 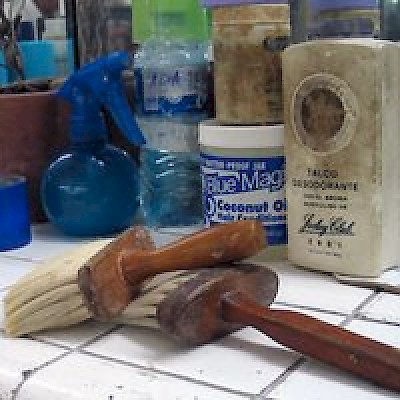 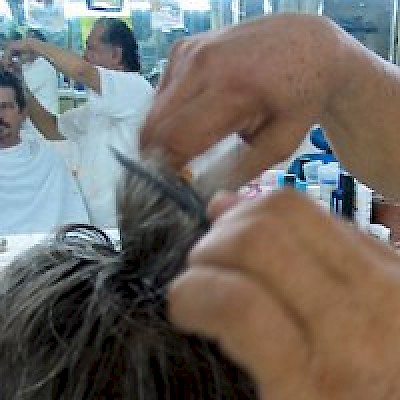