Editor's Note: Everyone we meet comes to Merida for their own reasons. And one of the wonderful things about Merida and the Yucatan is the wide range of places and people that you can find here... there is something for everyone, it seems! In this article, a couple of expatriates from Texas put into words why they love the part of Merida where they have chosen to live. Do you live somewhere else, and love that as much? Send us an email (info@yucatanliving.com) and tell us why!

When we started thinking about retirement, there were a lot of places that came to mind. We considered the places for the rich and famous... the kind of places you read about but most of us could never afford. In the past few years, we have been hearing more and more about places that the average hard-working person actually can afford and one of them is closer than you might think. The city of Merida, capital of Yucatan has made it to the top of several retirement and vacation home lists. More times than not, the article or video only talks about the 'historic center' or the centro historico. You know the type of article... talking about how Merida is filled with colonial homes just waiting to be returned to their original glory. As we know, those claims are true, and the centro is filled with beautiful renovated colonials, as well as many colonials still waiting to return to glory. But there is a secret about Merida, the City of Peace. The centro is not the only wonderful place to live here... the north/northeast section of Merida is a place where the living is easy and the prices are great!

Leroy is a former public school band director in Houston, Texas and faculty member of the University of Houston School of Music. After retirement, he dedicated his time to composition and has become an internationally-known composer nominated for a Pulitzer Prize, and the recipient of several national and international awards. Cay taught journalism in the Texas public school system, worked for Lady Bird Johnson's Wildflower Research Center in Austin, was editor of an international music journal, and for 15 years worked as an administrator at the University of Houston.

We are like many other working-class Americans. We were both public school teachers, we owned a small business, and when we got closer to retirement, we started looking for a place with a good quality of life where we could live well on our retirement income.

Like a lot of North Americans we know here, we came to Merida on a short vacation and fell in love with the city. When we returned six months later, we bought a house. As we have gotten to know our neighbors and other expatriates in Yucatan, we have discovered that this was really not all that uncommon. Many others like us have discovered the beautiful weather, beaches, gardens, and houses that often sell for a fraction of the cost of what you would have to pay for anything similar in the United States.

Many of our friends chose to live in the historic center, but we decided to look at the north side of Merida. What we found were several residential areas (called colonias or fraccionamientos, the equivalent of neighborhoods) with beautiful houses that reminded us of Santa Fe or other vibrant suburban areas in the southwestern USA. We found every conceivable style of architecture for Merida, from Spanish hacienda style, to southwestern and contemporary.

We realize that this part of town does not appeal to everyone, but we have been more than satisfied with our decision. We want to share a few of our reasons why we love living on the north side of the Ciudad Blanca.

Convenience! Merida is growing very quickly and much of it is growing to the north/northeast. Because of this, there is a greater availability and accessibility of goods and services. We believe that being retired should bring with it a level of convenience and ease of living. Shopping on the north side offers retail stores such as Home Depot, Costco, Sam's Club, Office Depot, etc. that we North Americans know and trust. This area of Merida features planned areas of growth and development to fit the needs of an educated and informed shopper.

Fifteen years ago, the housing market for foreigners appeared to be exclusively in the centro (downtown). Fifteen years ago, development on Prolongacion Montejo pretty much stopped at the Gran Plaza. Ten years ago, Altabrisa Mall and Las Galerias (or City Center and Macroplaza, for that matter) did not even exist. If you had a house in Cholul or La Ceiba, you felt like you lived in the country, far away from everything. In less than a decade, the north/northeast parts of Merida have exploded with housing, shopping, and entertainment venues, complete with wide boulevards, avenues, spacious lots, totally free parking when shopping or eating out, big beautiful trees and lots of parks.

Practicality and convenience were at the top of our retirement list! As we have gotten older, we have found that it is the little things in life that often have the biggest effect on our attitude. We love getting in our car and driving a couple of minutes on a nice wide boulevard to a store or a restaurant, having plenty of parking and easy access. We like convenience.

The finest medical and dental care in this part of the country is located in the north. Merida has several fine medical facilities but only one hospital that is fully certified to treat the President of the United States of America and that is Star Medica Hospital. Also on the north is the new Federal high specialty hospital and one of the finest cancer treatment centers in the country. One of our favorite dentists is located in Altabrisa. Maybe the fact that he had an office in Houston, Texas for more than 15 years has influenced our decision as well, but it probably also influenced his decision to locate in the north. I always feel more comfortable talking about dental and medical issues in English and every doctor we have seen at Star Medica Hospital has spoken English. I have not found this to always be true in other parts of the city.

Many of the best entertainment venues are located in the north. The new Maya Museum is there, as is the Coliseo, the ice skating rink, various golf courses and a number of high-quality movie theaters. The Via Montejo development complex will soon begin construction and the largest Costco in Mexico will open in the Spring of 2015, all in the north of Merida. Did I mention the golf courses being on the north side? The two big country clubs in Merida also have excellent tennis courts and swimming pools!

As for concerts and events that take place in the centro at one of the four concert halls, we have been able to enjoy those as well. We have found it is between a 15- to 20-minute drive from the north/northeast at peak driving times. We have left our home on some Sunday mornings to go to the Symphony Orchestra of Yucatan and we are parked and entering the concert hall in an amazing 12 minutes! Also, if we want to go in the other direction to enjoy the Yucatan Gulf Coast, with the wonderful new road to Progreso, it is a pleasurable drive on a four-lane highway to the beach.

Many new restaurants featuring a wide variety of cuisine have opened in the north that offer more than the usual tourist fare. We love eating out and a variety of restaurants is at the top of our list of things we miss about the USA, and especially Houston. For many years here in Merida, you would be hard pressed to find any place to eat real Chinese food and now we have two of the best just a few minutes from our home in Montecristo. Great seafood, Lebanese, Thai, vegetarian or even vegan dishes are no longer difficult to find in Merida, but you will have to come to the north side of the city for such variety! We have found that the restaurant options in north Merida are beginning to cater to the discriminating palates of a growing middle class, as opposed to restaurants in the centro, which still focus mainly on tourists and traditional Yucateco cuisine.

In the northern area of Merida, residential developments have been planned and built since the late sixties and early seventies, continuing to this day. The residential areas are built with more parking, faster circulation, and easier access for automobiles. The homes are newer and the infrastructure available is newer and in better condition. Things like water lines, septic systems, street drainage, the electrical grid, cables for high-speed Internet access, etc. are relative new and up-to-date. This all translates for us to more leisure time to enjoy life (and play golf!). Newer homes have been built as free-standing structures, mostly, and many of those free-standing homes are on large lots (allowing for more landscaping options and shade trees to help cut down on electric bills). Many of the houses also have large pools and yards with more visually-aesthetic openness. And if you like living in a high-rise, condo, or an upscale apartment, those ONLY exist in the north.

Close to the Beach

Safety and tranquility are extremely important to us. If you are considering retirement to Merida, you probably already know that Merida has the lowest crime rate of any city of its size in all of North America. The neighborhoods in the north/northeast have lower crime rates than other areas of Merida, so that makes them doubly safe. Because of the types of businesses and property values in the north, we believe there is a greater and more professional police presence there as well. When we looked for and eventually found our perfect home, safety and tranquility had to be part of the package, and after living here for a few years, we have not been disappointed.

Of course, there's the sun and fun factor. If you love to walk or lay on the beach, swim in the ocean, or just enjoy fishing or boating, living in the north of Merida puts you just about twenty-five minutes or less from the water! When we were looking for that perfect place to retire, living close to the beach was an important factor. Now, we keep a sailboat in Progreso. We love waking up, hopping in the car and finding ourselves on the boat in just a matter of minutes. Quality time! Isn't that what retirement should be about? Isn't that what LIVING should be about?

We think retirement should be about enjoying the rest of your life. And living on the north side, as one of our Yucatecan friends once told us, just "makes life easier."

****
Dr. Osmon says that if you want more information on Merida's best-kept secret, contact him at leroy.osmon@gmail.com 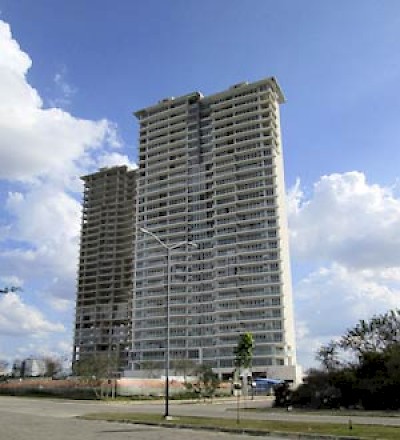 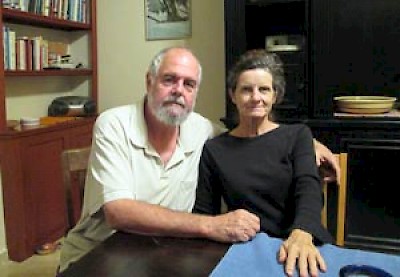 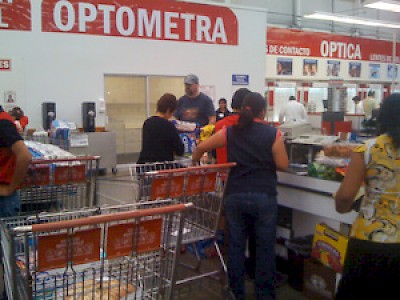 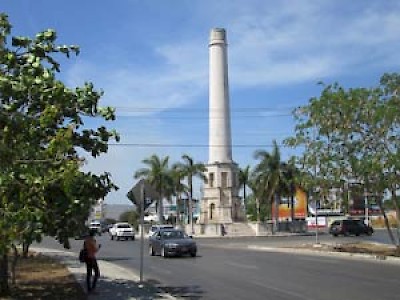 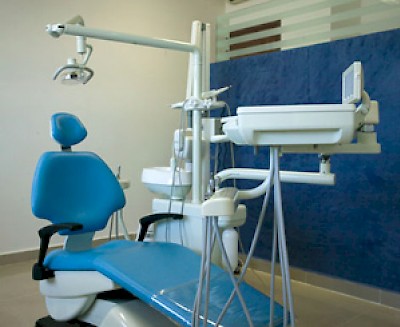 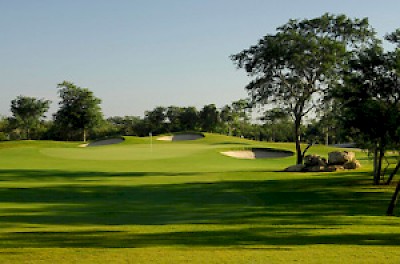 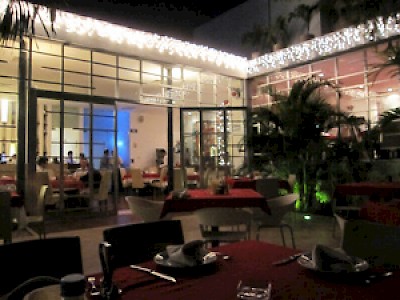 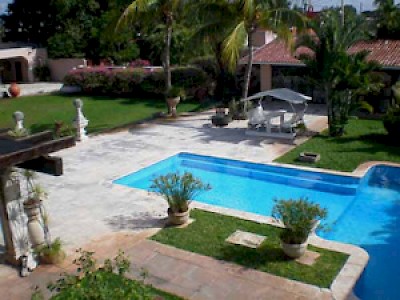 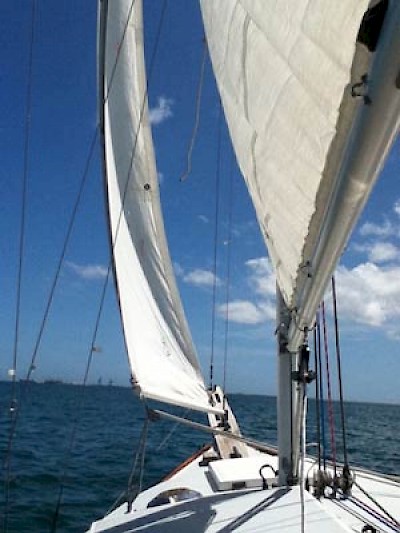