There is something to be said for knowing the people you buy your fruits and vegetables from. There is something to be said for them stopping you from making a purchase because tomorrow’s offerings will be fresher. Did you know that fruits and vegetables actually taste better when you and your vendor “belong” to each other? You are their customer and they are your fruit ladies. We have actually stood in line with new expats who had tears in their eyes because their people back home have no idea how spectacular Nature’s bounty really can be. Many many thanks to Yuca Tan Man for his photograph of fruits being sold in Progreso (the other two photos are taken by Working Gringa), to remind us all that we live in one of the greatest garden states on Earth. And thanks to all the fruit and vegetable growers and sellers everywhere.

Swan Lake This Week in Merida

Lest anyone think that Yucatan is all about fruit stands and traditional costumes, we would like to introduce our readers to one of the best classical dance companies in Mexico – the Classical Ballet Company of Merida. Most tourists come to Yucatan for the sole purpose of experiencing traditional events, food and interacting with a culture based on Mayan tradition. But we know that from the turn of the 20th century, classical dance and music, presented in luxurious theaters, has also been part of the lives of everyone who lives here. So, when you plan your trip, plan to play on the beach, go out to see a Mayan Ball Game on Friday night, and do plan to see an opera, or a ballet, or to hear the symphony orchestra. We have a beautiful theatre, the Jose Peón Contreras, designed by an Italian architect, and amazing performers that bring it to life almost daily. You haven’t really been to Yucatan until you've seen that too!

When compared with 60 other cities in Mexico, in a poll of residents, Merida Yucatan, finished first. The purpose of the survey was to compare both economic and social growth in urban centers. Question subjects included housing, public transportation, roads, traffic, air pollution, sufficient recreational facilities and services, good atmosphere for peaceful coexistence, museums and historical sites, natural beauty, quality of life in the past twelve months, and quality of life compared to the rest of the country. There is no real secret to Merida’s being the best place to live in Mexico. Now it seems to be official.

As tourism declines on the West Coast of Mexico, it has jumped a whopping 24% in the Riviera Maya region, with places like Playa del Carmen leading the way. Real estate prices are going through the roof, in spite of at least two recent U.S. State Department warnings about traveling to Mexico. In fact, Playa del Carmen and Tulum are the two fastest growing towns in all of Latin America.

In 2014 alone, 25.9 million United States citizens visited Mexico, with most of them now travel-savvy and well aware that they are coming to a safe area if they come to the State of Yucatan or to the Riviera Maya. In just the past ten years, more than 100 new hotels have gone up on the stretch of coast known as Riviera Maya, and tourism numbers rose from 2.2 million in 2005 to more than 4.4 million in 2014. Travelers can choose from hippie hang-outs to sophisticated, executive travel destinations in an area that is just miles from Cancun’s International Airport. All this has happened in the space of ten years, which is quite an accomplishment. In addition, there has been an increase in domestic tourism. It is estimated that 30% of the tourists on the Riviera Maya are Mexicans from other parts of the country, which shows that other areas of Mexico are growing well enough for the people to afford vacations in large numbers. Congratulations to everyone who has worked so hard to make this happen. And prayers and pleas to keep development sustainable.

The collapse of the small portion of the highway between Cancun and Playa del Carmen reminds us that we live on a limestone shelf that has no fewer than 400 rivers, streams and caves, all below the surface. These can open up at any time and are more likely to do so on or near highways that did not have the proper soil mechanics studies conducted before they were built. No one was hurt in this incident, and the road was reopened to traffic within 24 hours. But this sure gave everyone involved something to think about.

The hottest reservations in the city these days seem to be at Peek Food Restaurant, with birthday parties high up on the list of special occasions when every dog need to be taken out for dinner! All food served to your pets at this restaurant is fresh and nutritionally sound. In case you are wondering, there is people food too. They also have a home delivery service! From what we can tell, the time spent dining out has been an unexpected pleasure for both dogs and their owners. So, from Chihuahuas and Yorkies to Bull Mastiffs and Great Danes, the place to meet, greet, and sublimely dine is now Peek Food Restaurant... a first of its kind in the Yucatan, at least.

Love the Music, Feed the Dogs

You can’t be in Yucatan long without discovering that almost everyone here is an animal advocate. Such is the case with Yucatan’s younger generation, and with those in the arts and music. David Acosta is going to perform in the Concert Hall of Casino Life, in Plaza Galerias Merida, Calle 60 # 299, Colonia Revolucion on September 19 at 9:00 PM. The only way to get in is to donate at least one kilo of dog food. We’re sure that no one will complain if you bring more. Those who do attend must be 18 years of age or older and must have official identification. Please try to attend so that many more dogs in shelters can receive the support they need. For more information about this event and to make reservations, call: (999) 135-7626, (999) 255-2293, (999) 169-8622.

Modern urban transportation is a hot topic around the world and Merida intends to be on time for changes as investment money and technology are made available. Toward this end, a fleet of new buses and newly trained drivers have begun traveling six new routes in Merida. Four of the new routes are through the neighborhoods in the western section of the city, one is to Santa Gertrudis Copo, and the last is a special university circuit. The cost to ride is seven pesos for the general public and three pesos for students, with buses going to the Metropolitan area charging seven pesos for everyone. Forty million pesos were invested in 81 camera-equipped buses, which will be making 749 new bus stops in Merida. A digital system on board provides information to passengers about times, positions and routes. Passengers are invited to the SITUR Center to provide feedback and even assist with designing better routes. They especially want to hear from special populations, such as passengers with disabilities. These buses emit fewer greenhouse gasses and work with an intelligent stop light system. Still, there are humans driving the buses, so there have been three minor fender-benders in the first week of operation.

Ministry of Health to Fumigate Schools

Working together, Yucatan’s Ministry of Health and Ministry of Education took just three days to complete a mosquito spraying operation that included 777 education centers, in 23 neighborhoods of Merida, as well as another 34 locations in other parts of Yucatan state. This project was conducted in order to prevent the transmission of Dengue Fever and Chikungunya in staff and students in those locations. At this point in time, there are approximately 170 cases of Chikungunya in Yucatan, mostly in Merida and Valladolid. Please do your part to get rid of any opportunity for mosquitoes to breed on your property in order to stop the spread of these two diseases.

“I Read in Spanish” Launched in the United States

Book publisher Harper Collins Espanol and comedian Eugenio Derbez join together to promote a new program through the use of television videos, social networks and radio that will encourage reading in Spanish among the members of the U.S. Latino community. This is an extremely important program for young people, whose careers may depend on their being able to function on the world stage. It is just as important for adults who are the transmitters of culture to young people. We think that “I Read in Spanish” is one program that is going to be bigger than expected and will even include expats and other gringos among their numbers. What do you think... do you read in Spanish? 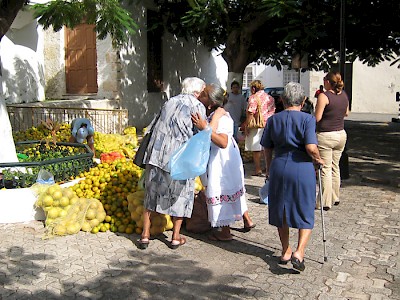 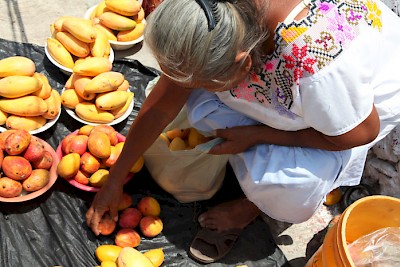 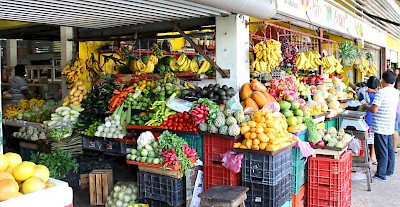 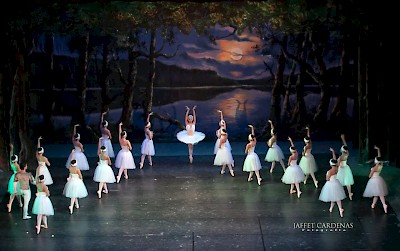 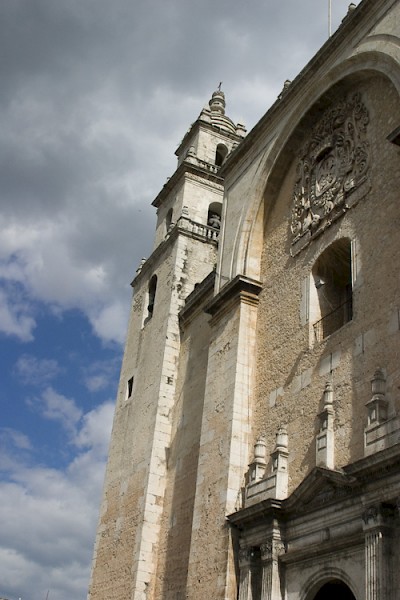 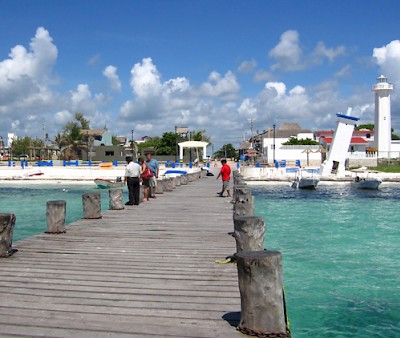 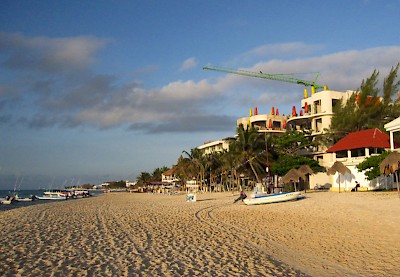 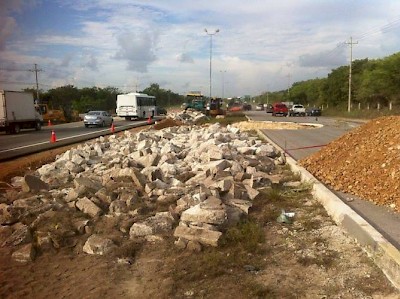 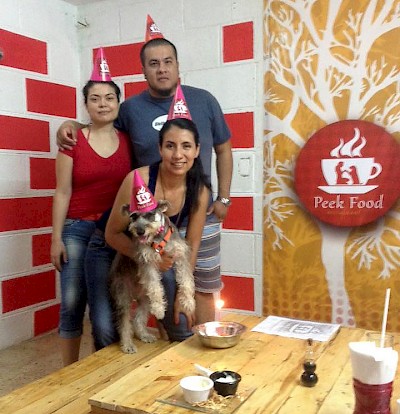 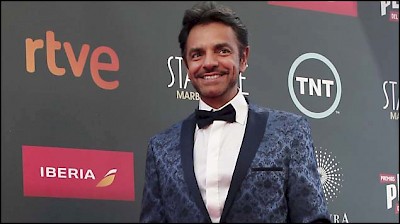 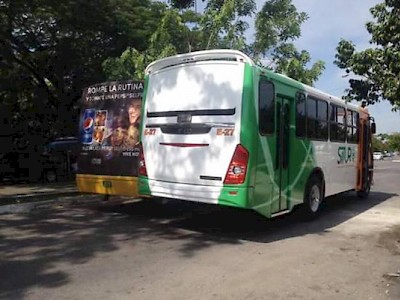 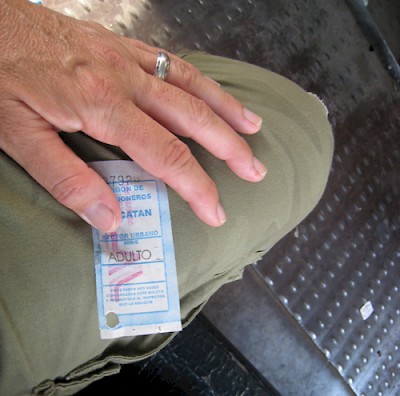 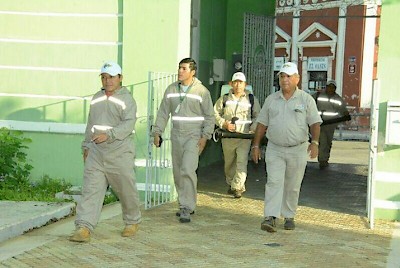 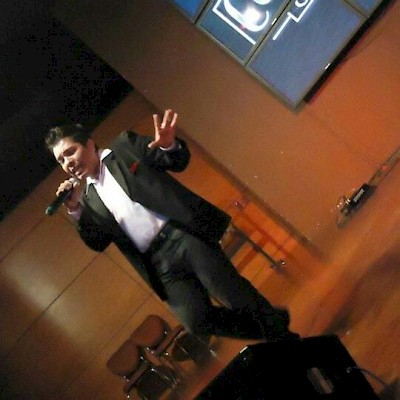