Christmas Shopping in Merida’s Historic Center
They are calling this phenomenon “panic buying,” but since it happens every year, it is really just the shopping crowds of a city of well over a million people all trying to hit the great sales in a relatively small center of town. It isn’t a bad thing. Actually, it has become a tradition for shoppers and a season of the year when businesses make a significant portion of their annual profit. The size of these crowds shows that the economy in Yucatan is doing just fine, thank you. Congratulations to shoppers and business owners alike, and best wishes for a wonderful holiday season from Yucatan Living.

The Religious Background of the Piñata
According to legend, piñatas originated in China, where farmers would fill figures of cows or lambs with seeds, burn them, and scatter the ashes as fertilizer. In the Americas, priests transformed them into evangelizing objects by adding seven points, one for each capital sin: pride, greed, lust, anger, greed, envy and laziness. They made ugly faces for them, representing Satan, then filled them with fruits and sweets. Braking the piñata blindfolded (blind faith) with a rod (divine force) represented victory over sin; but it didn’t take long for the piñata to lose its religious significance and become a symbol of fun and entertainment, especially during holiday seasons. Piñata fillings have changed as well. There are still the traditional fruits and candies, but now, you are just as likely to find them filled with toys or colored balloons containing little notes that the finder has won a larger gift. Christmas is the biggest season for piñata sales, and this is one tradition everyone know will last forever.

Turkey Production and Consumption in Yucatan
Did you know that the people of Yucatan consume more turkey than the people of any other state in Mexico? The amazing part is that Yucatan produces about 780,000 turkeys per year, and still has to import more because we consume approximately 950,000 turkeys per year across the entire peninsula. The industry is huge in Yucatan, where there are four expanisve commercial turkey farms with a combined capacity to store 400,000 birds at the same time. Turkeys were first domesticated by the Aztecs about 2500 years ago. Today, they are raised around the world, with Mexico in sixth place in production worldwide, even ahead of China, which is in eighth place. Commercially raised turkey is being sold in every grocery store in Yucatan, but also keep in mind that many of the backyard breeders, especially elderly Yucatecos, raise and sell turkeys from home. This is a significant source of income for them at this time of year, so please purchase your turkey from them if at all possible.

Corner Stores Receive State Support
In recent weeks, it was reported that a significant number of tienditas (neighborhood stores) are surviving even after their demise was predicted because of huge chain stores invading the area. While some of these little stores continue to make a profit, others need a little help. Toward this end, the Ministry of Economic Development has just announced that it has a budget of 10 million pesos to use as grants to support approximately 200 corner stores and small groceries. The money has already begun to be dispersed and is intended to help these small stores remodel and modernize their businesses. They are even going to get computerized payment systems and electronic terminals. If you live in Yucatan, or plan to move here soon, please do all you can to support the tienditas and papelerias in your neighborhood. They are part of the fabric of the culture that brought us all here and even the government recognizes their importance.

Dogs, Mites, Ticks Found to Carry Disease
The headlines on this story are a bit misleading. It is not all dogs that are carriers of a disease that is much like dengue, chikungunya and zika. The dogs that are affected are those in rural communities and are taken either to the milpa or hunting with their owners. In this situation, they pick up mites and ticks that are usually found on deer. It is these mites and ticks that carry the disease. These findings come from a study being conducted by researchers at UADY’s Faculty of Veterinary Medicine and Animal Husbandry in a project named “The role of domestic and wild animals as reservoirs of zoonotic agents in the Yucatan Peninsula.” No matter how awful this news sounds, now is not a time to panic at the sight of every dog in a rural area. Thus far, this disease has only been detected in the rural communities of Tixmehuac and Opichen. However, it might be a good idea to consider an anti-tick and flea dip for street dogs in the communities where expats have organizations that support spay/neuter programs. An ounce of prevention is always worth more than a pound of cure.

Ruins of Two Catholic Churches Found in Yucatan Jungle
Just about the time we begin to think that the forests and jungles of Yucatan have given up all of their secrets, another huge archaeological find pops up. This time, it is the ruins of two Catholic churches that were built almost 500 years ago when the Spanish first began to evangelize the Maya. The two sites are located amazingly near the highway between Merida and Progreso, but hidden by thick forest and thorny jungle. The actual locations are at “Maxtunil by comisaría de Sac Nicté, and NO. 161, by comisaría de Misné Balam. As is the case in other locations, these churches were built on top of, or near, temples the Maya used to worship their own gods. There is a wealth of history associated with these recently located sites, and they are sure to become available to tourists and the general public soon.

Container Cargo Movement Down 3% in Progreso
Container cargo movement from the Port of Progreso was down 3% this year due to the closure of maquiladoras and companies related to the oil industry in Campeche. Three percent is not a huge drop. In 2015, Progreso shipped 75,000 cargo containers. In 2016, the number droped to 72,750. The good news is that while container shipping was down 3% due to drops in the oil industry, container shipments of food were up a whopping 16%. Yucatan is now a player on the world stage when it comes to the exportation of food and food related products.

Rail Network Improvements Between Progreso, Merida and Campeche
Regardless of the ups and downs in the oil industry, rail service is being improved between Progreso, Merida and Campeche. Speeds will be increased to 30 km per hour. There are other industries that are not related to the oil industry. If (when) the rail service is extended to Progreso, a savings of 30% in costs for business and industry is expected. With the huge push for domestic tourism now on, it is not lost on anyone that faster and better rail service that ultimately connects to Mexico City and points west will be a boon for all of the Mayab.

International Chess Tournament in Merida Now
The 28th Edition of the Memorial Carlos Torre Repetto International Chess Tournament has begun in Merida, with Governor Rolando Zapata Bello, along with Grand Master Alexander Onischuk, making the first move of the tournament. There are approximately 500 chess experts in competition, including 35 international masters, 25 national masters, and the international master Luis Ibarra Chami, a favorite son of Yucatan. This tournament has categories for Master, Advanced, and Children Under 8, 10, and 12. This tournament is the most important chess tournament in all of Mexico and Latin America. Chess is called a “science sport” and it is said that there is an art to it. If so, then every child in Yucatan is a scientist and artist because they are all exposed to chess at an early age. Merida is very proud to be the home of this tournament and to its many participants.

Mexicans Coming Home to Stay
Every year, thousands of Mexicans, legal and otherwise, who live and work in the United States, come home to Mexico for Christmas. This year, the border crossing is a little bit different. The Mexicans, fearing deportation and/or confiscation of remittances, along with other xenophobic policies of the Trump administration, are coming to the border with cars loaded down and pulling trailers filled with everything they own. Most do not plan on going back to the United States, and there is no reason they should. They can easily (and legally) work in Canada, Australia, and other countries. They do not have to expose themselves to danger in the United States. The Mexican government has promised them jobs at home and is providing them with safe passage through areas where it might not be safe to travel alone with loaded, open trailers. They are traveling in convoys and, if home is where the heart is, this is going to be a wonderful Christmas in Mexico.

Conference “Mexico and Yucatan in the Trump Era” Held in Merida
The executive director of Bank of America Merrill Lynch Mexico spoke at the conference “Mexico and Yucatan in the Trump Era” and said that the election of Trump is not an economic apocalypse for Mexico or for the Yucatan Peninsula region. This is largely due to Yucatan’s close and quite lucrative economic ties with Europe, Latin America, China and Canada. He also emphasized the importance of Mexicans continuing to purchase domestic products and services in order to counteract the effect of the fall of the peso against the dollar. Other speakers at this conference were experts from UNAM and the Secretariat of Foreign Affairs. Now that the shock of Trump’s election and threats are a reality, it is good to realize that Yucatan does not depend on the United States for its economic security and has nothing to fear because it is an independent global player. 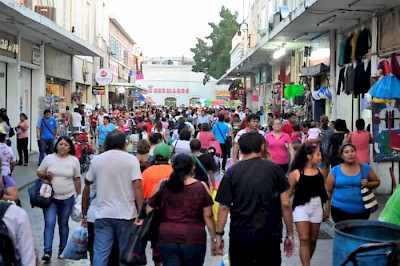 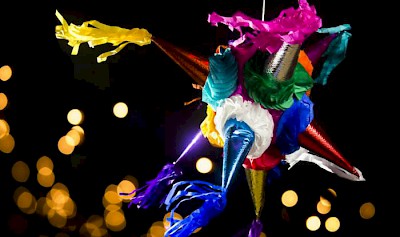 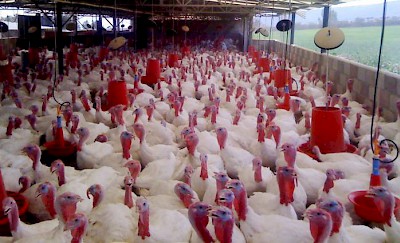 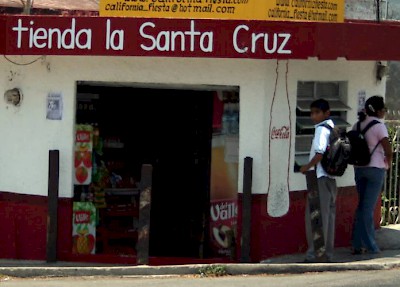 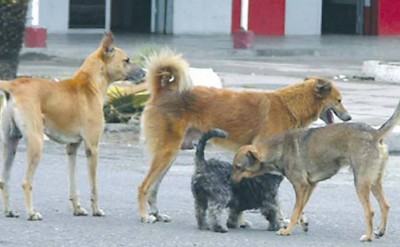 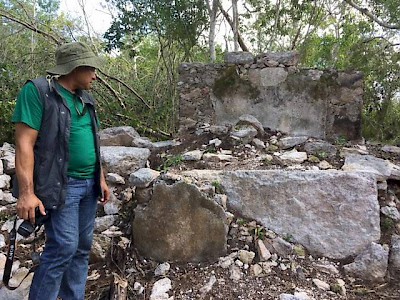 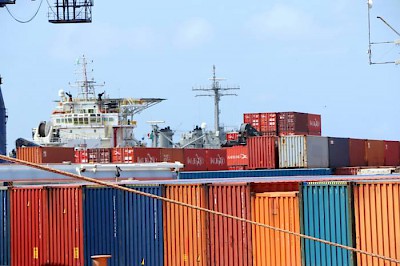 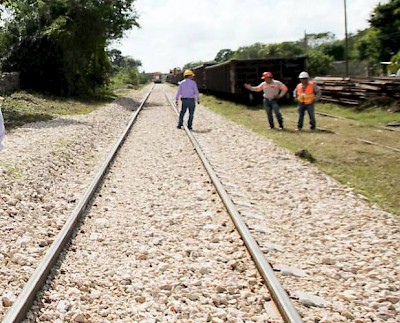 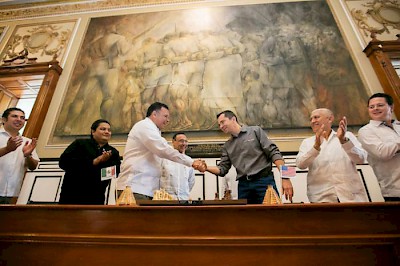 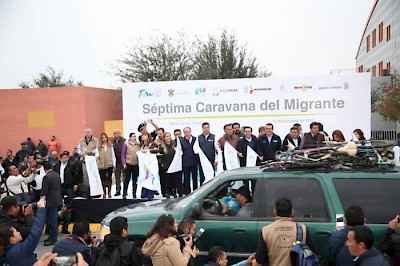 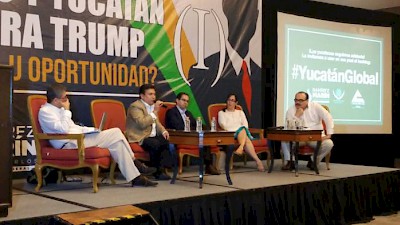