The annual chili cook-off is the main fundraiser for the Merida English Library (MEL). The final results for 2014 were just published in the current issue of the Merida English Library’s Monthly Newsletter and we are proud to present them here:
“Last month’s Chili Cook-Off (CCO) was the most successful ever, resulting in a net contribution to the Library of just over 60,000 pesos. Many thanks to the CCO committee (chaired by Lewie Conner and Cathy Harrison), the 20 cooks, the many MEL volunteers, the International Women’s Club volunteers, and the Merida Men’s Club helpers. We are also deeply grateful to Hon. Sonya Tsiros, the US Consul, for her family’s hospitality. About 350 people turned out for chili, hot dogs, beer, and the beautiful weather. We appreciate your support! We had seven winning cooks. In the People’s Choice voting, the trophies went to Yury di Pasquale (1st), Richard Conaway (2nd), and Beth Knepp and Halle Sobin (tied for 3rd). The Professional Judges selected Stacy Sobin (1st), Elizabeth Aguado (2nd), and Mario Avila (3rd).”

We visited the fabulous Pedro on the way to Uxmal recently, and besides enjoying his artwork on jicaras, we got some news about his Mirador Muna and about AANY. At the Mirador (just beyond Muna on the way to Uxmal), he has installed trails through the jungle and some surprises along the way. You can call him or contact him via his Facebook page to take a tour, complete with birdwatching and education about the flora and fauna along the way. A longer tour can include a Maya ceremony there as well. Pedro also told us that instead of a spring AANY show, look for a permanent AANY shop to be installed in the MACAY starting sometime this spring. Great news!

Finally! Flights from Merida to Belize

Everyone was pleased to hear that Tropic Air, a Belizean airline, will begin offering three direct flights per week between Merida and Belize City. From Belize City, passengers can take connecting flights to other cities in Belize, as well as Guatemala and Honduras. There will be departures on Mondays, Tuesdays and Fridays. The plane will leave Belize at 11:15 AM and arrive in Merida at 1 PM. An hour later, at 2 PM, it will leave out of Merida to arrive in Belize City at 3:45 PM. Although this new program is being highly advertised by the tourism industry, we know of many people in Belize who regularly come to Merida by bus for health care. We can only imagine what a relief this will be to them. Between tourism and health care, this new flight schedule is sure to succeed and certainly will be welcomed with open arms.

In a three-day Career Fair held at UADY, 4,500 visitors attended the first day, 9,500 students attended the second day, and another 15,000 high school students attended on the third day. Throughout the event, workshops and seminars were held in all four of the university’s movie theaters, as well as in the Ek Balam Room. Parents were cautioned not to pressure their college age children to choose a degree path of the parents’ choice. All college students will take entrance, placement and aptitude exams. Interest in education has always been strong, but there have not always been resources available to meet that need. That seems to have changed and Yucatan’s college-bound students are the clear winners.

In 2007, Canada extended a welcome invitation to temporary agricultural workers from Yucatan. Only thirty-seven Yucatecos took advantage of the opportunity that first year. However, Canadian companies were so impressed with those thirty-seven workers that the invitation has continued and expanded every year. In 2013, over 120,000 Yucatecos, including women, went to Canada to work in the agricultural industry. Their work visas are for three, six or nine months. Congratulations to the Canadian and Yucateco media, for the grace with which this issue has been reported, and to the people of British Columbia, Alberta, Ontario, Quebec and Yucatan, as well as the director of the program, Felix Alpuche Esquivel, for an immigration policy so well constructed and managed.

Depression is a common ailment among the elderly, and often leads to other serious health and quality of life problems. Merida has a new writing workshop that is expected to have a positive impact on the ability of the elderly to resolve their issues by retrieving positive information from their past and writing a book as a gift to themselves and their families. The first of these powerful workshops is called RV (Review of Life) Therapy and will be held at the Center for Human Development and Social Skills (Crehas). Each book will be called “The Story of My Life.” These writers will work on remembering and writing about the positive experiences they have had, in an effort to show them that their lives are made up of far more positives than negatives. They will then get assistance in the actual editing and printing of their books. At the end, there will be a lovely ceremony, complete with invited family members and a reading of at least one life experience for each of the writers. Focusing on the positive is always the first defense against depression, so this new program is wonderful because it will help so many elderly Yucatecos and because it will, ultimately, have a positive impact on so many people surrounding the new authors.

The Centro de Reinserción Social Femenil (Center for Social Reinsertion of Women) in Merida has finally opened. This prison has been seven long years in the building and has such an emphasis on rehabilitation and reintegrating women into society that the head of Ejecucion, Prevención y Reinserción Social del Estado says it could be a model for women’s prisons throughout the nation. The first 23 inmates have been moved in and range in age from 25 to 71, with most being around the age of 40. The prison can accommodate as many as 300 women. This new beginning, which includes modular bedrooms complete with new pillows and bedding, as well as comprehensive medical care and education, will bring each of these ladies closer to a successful journey toward freedom.

For several years, the State of Yucatan has focused on the prevention and treatment of breast and cervical cancer among women. This past year, more than 2,700 women from several rural municipalities (counties) in Yucatan met to hear what has been learned since the beginning of these programs. What they found was that, today, although screening and prenatal care has made a huge difference in the quality of life for many Yucatecas, it is the Maya women who are at greatest risk for breast and cervical cancer in Yucatan. Susan G. Komen’s twin sister’s vow to fight breast cancer on a global scale is coming true. When the specter of cancer among any group of women rears its head, look for those women and their loved ones to walk or run for a cure – even in Muna, Yucatan. If anybody can make a difference, it will certainly be the Maya women.

SEMARNAT has given 15 ladies $110,000 pesos and three months of paid technical assistance to begin a plant nursery in a large shade house. This way, they could begin with 500 plants and have a greater chance of success. During the past few years, we have seen many of these projects begun throughout the State of Yucatan and most of those small businesses are still with us today. Whenever you need anything, please consider looking around your town or village for a local producer, or ask if there is one nearby. These small businesses often make a huge difference in the quality of life for people who depend on seasonal work for the bulk of their income. Even if you are not in Yucatan, please try to buy local whenever you can. You’ll make new friends and will certainly contribute directly to the quality of life wherever you are.

We found this recipe online this week and just had to share. If you can’t be in Yucatan, a jar of pickled red onions is the next best thing… and if you are in Yucatan, then you already know that Pickled Red Onions are a pleasure one must have on hand at all times. So, here you go!

Instructions
In a bowl, toss salt and onion together; let sit until onion releases some of its liquid, about 15 minutes. Transfer to jar along with peppercorns, oregano, cumin, and garlic, and pour over vinegar; seal with lid. Refrigerate at least 4 hours before using. 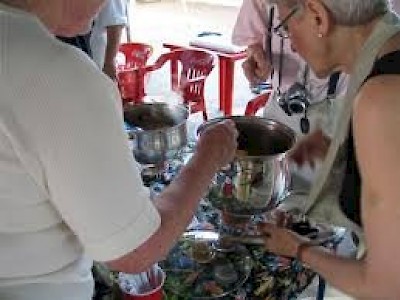 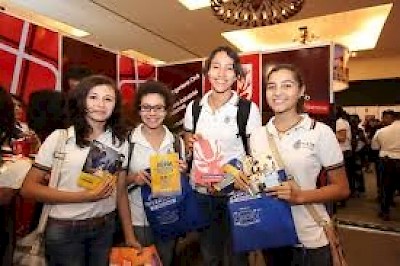 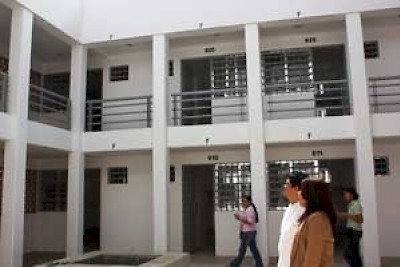 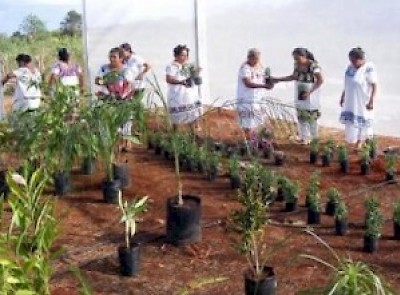 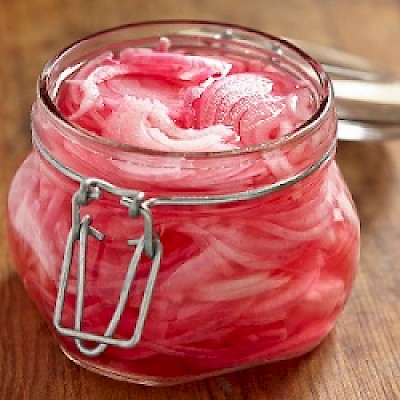