A Bit of San Francisco in Yucatan

Oxkutzcab, the Citrus Capital of Yucatan, is also more than a little bit San Francisco these days. This comes from the fact that so many migrants travel between the two cities. From Chef Eduardo Dzib Vargas, we learn that there are now at least five or six restaurants with Thai food in Oxkutzcab (which the chefs learned to cook while working in California), as well as murals depicting San Francisco cable cars and the Golden Gate Bridge. Currently, there are approximately 70,000 Yucatecos living in and around the Bay Area, with most speaking mostly Mayan and little Spanish. This is a problem when, for example, they train in Italian restaurants in San Francisco and return to Oxkutzucab with skills that do not match the culture in which they now must work. However, that does not diminish their love for their home town or for San Francisco. We would love to see the returning migrants have an opportunity to show off their skills. Perhaps that could be a new project for someone with vision and a love of the interior of the State of Yucatan. To read more about the migrants involved, visit this Seattle Times article
.

A few years ago, Patt Barrington (Pattusa) was a gringa working in Yucatan. When her job ended, she returned to East Texas, but has continued to vacation in Merida and Progreso. When we saw this: “Each visit ended with torn emotions between hating to leave and a longing to return home. Nowadays, for me, that longing to return home just ain’t there,” we couldn’t help but think that Pattusa and Yucatan have not seen the last of each other. To read about Patt’s latest visit, learn from her suggestions and to see her photos, visit “In the Yucatan Again! March 2014 with George Carpenter.”

According to the Alliance for International Education and Cultural Exchange, the number of American college students studying in Mexico has, over the past decade, dropped to less than 4,000, which is a drop of approximately 50%. Issues of safety are the major reason given for the drastic drop in the number of Americans studying in Mexico in the past decade. This does not seem to be an issue at Yucatan’s universities, but that news needs to be more widely disseminated. These exchange students will carry their experience with them for the rest of their lives. They are young and their knowledge and understanding of other cultures will ensure that the future is brighter for both countries. Wherever you see an opportunity to let members of the international community know that Estado de Yucatan is safe for all exchange students, please do so.

In 2008, Airbus Defense and Space in Mexico began its climb to become the best place to work in its class at the number 32 spot on CNN’s Expansion Magazine list and never looked back. It started with gender equality and went on to social responsibility. By 2011, it topped out at Number 1 and is still there in 2014. Participating international companies must have at least 100 employees and less than 500 employees to be reviewed by CNN. Findings, in this case, show that Airbus is committed to employee diversity and development, as well as to the national and international community. Congratulations to all of the employees of Airbus Defense and Space in Mexico on a job well done, and to the company itself for its vision for the future in Mexico.

In 2008, Yucatan’s children were the most overweight in the nation. In 2011, they held second place and in 2014, they are in third place. In this case, falling in the rankings is a huge win for the children, for their parents, and for Yucatan. Losing weight and increasing the amount of exercise they get will have a direct and lifelong effect on these children’s risk for diabetes and high blood pressure. Everyone in Yucatan is aware of this problem and a massive number of programs have been put in place to help win this battle. Parents are involved, as well as the government, with programs such as the Bici-Ruta and other sports programs, but the children themselves are the ones who have decided to win at losing.. for their health and for the health of the families they will build in the future.

This turtle is almost 5 feet long and weighs approximately 198 pounds. Obviously, she laid her eggs anywhere she decided to lay them, and if she wanted to leave her babies on the beach near the pier in Progreso, no one had any intention of stopping her. In fact, in spite of the early hour, she had her own guards throughout the laying of her eggs. At 5:00 AM, Mama was back in the sea and the eggs were moved to the turtle camp at Setmar of Yucalpeten.

The Echeverria Castillo family, in Ticul, is making exact replicas of pre-Hispanic Mayan sculptures and ceramic pieces that are in collections in museums and private hands around the world. So far, they have made 50 replicas that are currently on display in Siglo XXI Convention Center. This is no small workshop and the talent of this family is growing as the prices for some of their work now exceeds $50,000 pesos. If you are a collector, you should know that the work of the Echeverria Castillo family is developing its own following and this may be the best time to invest in one or more of these wonderful pieces.

The National University Sports Federation Games are the final step toward competition in the International University Sports Federation Games. This is an Olympiad in and of itself! This year, Yucatan won fourth place in Mexico and brought home a total of 38 medals: 13 golds, 10 silver and 15 bronze. Participating universities included Universidades Autónoma de Yucatán, Anáhuac Mayab, Marista, Patria, Modelo, Latino, del Valle de México campus Mérida, and Interamericana para el Desarrollo, así como los Institutos Tecnológicos de Mérida and Superior de Progreso. Yucatan Living congratulates everyone involved in the success of these young athletes and we wish them continued good fortune throughout their careers.

Each year, Mexico gives each state in the nation an opportunity to promote and sell local products, find marketing channels, generate income and ensure more jobs for the people of their state. We have just completed the Week of Yucatan in Mexico and Ticul’s shoe industry is a clear winner for both Mexican and foreign visitors. The most prominent of the nine shoe manufacturing firms representing Yucatan was “Mayaek.” Overall, profits were far ahead of what they were last year, with shoe companies now financially able to branch out to include clothing and accessories. Everyone should remember that these locally owned businesses have grown into national and international players only within the past decade and with the help of a variety of government assistance programs. Where are the Maya? These are the Maya... smart, well educated, savvy young business people who are carving out successful futures for themselves and their families. They really are the pride of Yucatan.

Stray cats and dogs, in Tizimin, have reached critical numbers and something must be done. The municipality is at the point of suggesting that a house-by-house survey be conducted, in which every animal there is chipped. If the animal is later found living on the street, the owner will be given a fine. They insist that it is time to hold owners responsible for controlling the reproduction of their pets, and point out that chips and fines would give the municipality a legal platform for preventing abuse of dogs and cats. It will be interesting to see how this issue is resolved. Tizimin is not the only municipality that is struggling with this issue and it would be wonderful if they come up with a workable, affordable solution. 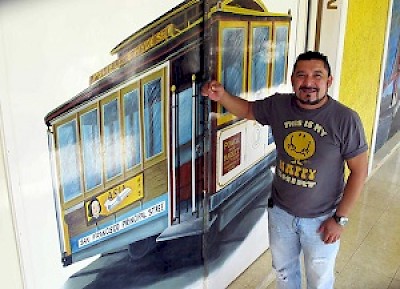 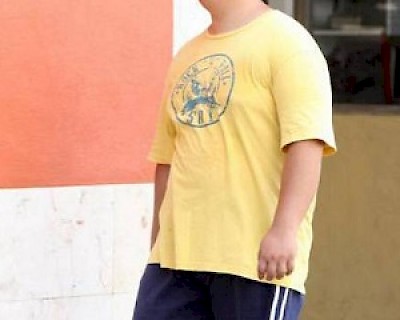 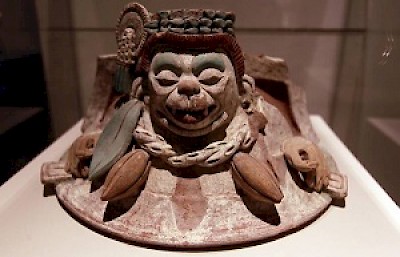 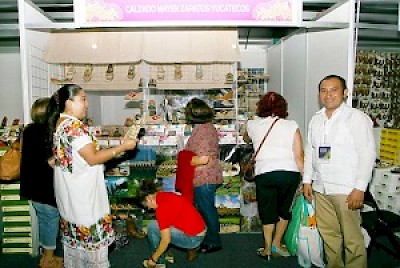 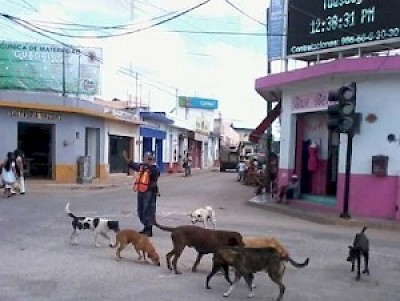