Just a Note from the Chelem Elves: “Summer is officially over and the Chelem Elves are back hard at work coming up with ideas to make sure our favorite kids have a great Christmas. We've got a new blog (Chelem Dreams Toy Drive ), replacing our old webpage. Check it out and visit it often to see what the elves are up to. It's still a work in progress but you can visit it to keep up with how we are doing with our fundraising efforts and to make a donation if the Christmas Spirit moves you. It's going to be a busy fall and we're looking forward to it.” Everyone here at Yucatan Living is glad to see this new blog online and we hope everyone supports this most worthy cause.

Transpeninsular Train to Include Veracruz

It has just been announced that the new Transpeninsular Train will extend from Coatzacoalcos, Veracruz, through Tabasco, Campeche, Yucatan and Quintana Roo. The ultimate goal of this project is to connect the Yucatan Peninsula to the center of Mexico by rail... an historic event for an area of Mexico that has always been somewhat remote from the center of the country. According to officials, money to complete the project to Coatzacoalcos has already been allocated for the year 2014. Nearly six million pesos have already reached Yucatan and will support an emerging jobs program. The Governor of Yucatan has confirmed that the main reason for connecting to Coatzacolcos is to move freight. Coatzacoalcos is an oil center and, with ports along Mexico’s east coast reaching tanker capacity, negotiations are underway to find a way to move oil and gas to the Port of Progreso for shipping. With concerns over the cost of gasoline cutting into trucking profits, moving these natural resources by train may be the cheaper alternative. It looks as if we will soon begin to see the increasing commercial freight value of this now-extended train route.

Merida Native is Candidate for City Council of Sioux City

Visit the Sioux City Journal to find out more about this lady who is a native of Merida, wife of a physician, grandmother of five, and long-time Sioux City civic leader. When we look at the list of Maria Rundquist’s civic involvements, it reads like a list of this week’s cultural offerings in Merida. If ever there was a commercial for the importance of providing cultural opportunities for everyone, this accomplished, professional lady is the perfect example. We wish her all the best in her campaign for a seat on Sioux City’s City Council.

While the attention of most adults, especially tourists and expats, is turned to Yucatan’s Fall social and cultural opportunities, the children of Yucatan, down to the elementary level, are participating in one round after another in Yucatan’s state Math Olympics. By November 15, the students who will compete at the state level will be chosen. Winners at the state level will then compete at the national and international level. In 2012, the International Mathematics Olympics took place in Peru. Our hats are off to Yucatan’s children and young people who are willing to sit for these competitive tests for hours at a time for the honor of representing their state, municipality, schools and families.

October 24, 1945, the United Nations ratified its founding document and was officially formed. This past week, celebrations were held all across Yucatan in honor of the 68th anniversary of this global association. The issues that are most important to the United Nations include worldwide peace and security, development, human rights, humanitarian affairs, and international law. These are the same issues that are ingrained in the culture of the people of Yucatan. We are always impressed by the participation of Yucatan’s children and young people in events associated with the United Nations. Their involvement is a great part of what will continue to help Yucatan grow in importance on the worldwide economic and cultural stages.

The Department of Education, in coordination with DIF, is implementing a new program in primary schools in Yucatan. This past week, with members of the PTA on hand, the program began in the Municipality of Progreso. In this program, children are taught their rights, which is something we all are familiar with. The thing that is new is teaching them their obligations as citizens. The program is being implemented in schools because this is where children spend most of their time and it is also the place that is most often damaged or vandalized. Students at Benito Juarez Elementary School loved the program because they were allowed to paint some of the damaged walls of the school in colors of their own choosing. This kind of program gives children a stake in stewardship of their school and city. Everyone is very proud of the students and of the work they did.

By now, everyone should know to always wear your seatbelts for safety’s sake. But a few folks may still be under the mistaken impression that they can let the wearing of seatbelts slide in Mexico, especially in rural areas. Not so. This week, in Valladolid, a tourist policeman noticed that a tourist wasn’t wearing a seatbelt and called the SSP. When they stopped him, he didn’t have a license plate on his vehicle. We don’t know how much the fine was for not having a license plate, but we do know that the fine for not wearing a seatbelt is $5,675 pesos. To be better safe than sorry, SIPSE’s archives contains the New Rules of the Road which includes some of the fines for breaking the rules, as well as a link to the actual law. Never assume that the rules do not apply to you because you are a tourist or a foreigner.

All over the world, it is one thing for a government to say it is going to support a project, but often quite another for the checks to actually arrive. This time, 809 indigenous women in 54 municipalities of Yucatan have received their share of $14 million pesos that were allocated to their group for beginning productive projects that will give them a better quality of life and increase their revenue contribution to Yucatan State's economy. Our congratulations to all of the members of the Indigenous Women’s Productive Organization (POPMI) which seeks to improve social conditions, and reduce high rates of poverty in communities that are highly marginalized. The women who received benefits from this program will now be engaging in such businesses as tortillerías, papelerías, panaderías, carnicerías, fruterías, and the fattening of birds and pigs.

For the past few years, Yucatan has been all about “Clean Patios,” (Patios Limpios) with city trucks picking up junk of every kind imaginable, trucks spraying for mosquitoes, and stopping the breeding of mosquitoes by any other means anyone could come up with. Apparently, it has all paid off. This year, the number of cases of dengue fever in Yucatan has decreased by 63%, from 4,700 cases last year to 1,736 cases this year, and with only one death. In national numbers, dengue fever grew by 3% due to hurricanes and heavy rains, but the number of patients with hemorrhagic fever dropped by 11% and the number of deaths dropped by 60%. Most of the cases of dengue fever in Mexico are located in the South and Southeast regions of the country and are found in areas that have significant problems with poverty and marginalization.

There are many art galleries in Merida, as well as the Art Walk on Paseo Montejo on Sundays, but if you are looking for something a little less expensive or a little different than what you have seen in the city, don’t overlook the artists in rural areas. This week, from October 27 through November 3, there is an event going on in Hunucma that presents the work of six artists, some of whom have had solo shows in Merida. This is part of a movement going on throughout the state to revive interest in art and to give artists an opportunity to show their work in their own municipalities. As you travel throughout the state, keep an eye out for the Casas Cultura and Municipal Palaces in every municipality. Stop and ask if someone can direct you to local artists. You may end up owning something that will be the envy of everyone you know! 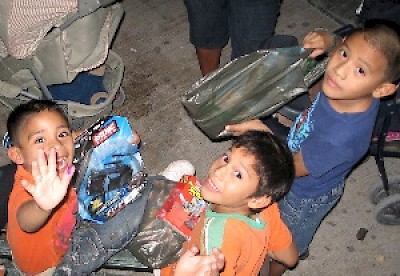 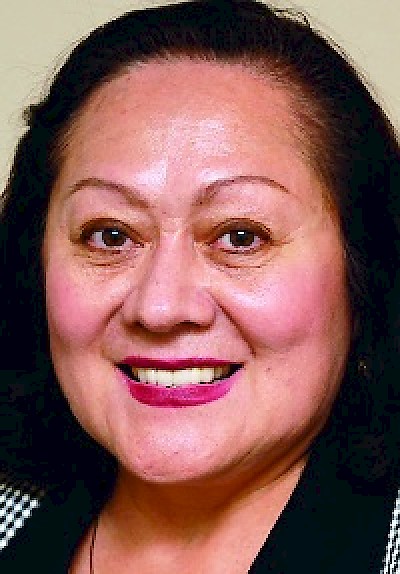 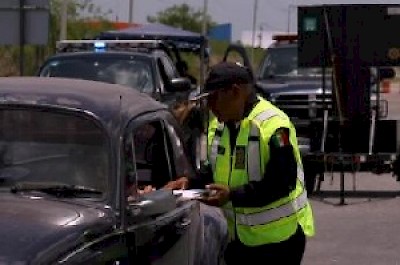 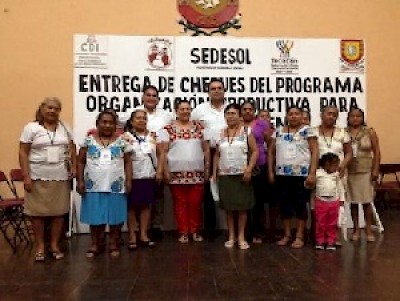 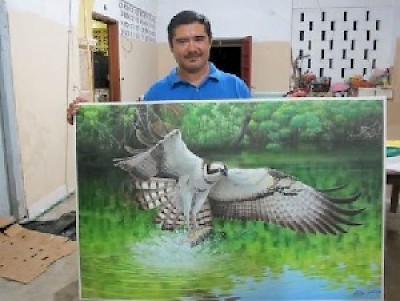