Yucatan Living Co-Sponsored Study Wants Your Opinion of What it’s Like to Live in Mexico
Yucatan Living is proud to be a co-sponsor of a research study of expats living in Mexico being conducted by Best Places in the World to Retire starting today. To participate, you must be living in Mexico full time or part time. If you participate you will be entered into a drawing for some great prizes, including three days and two nights at a world class resort. Tell the world what you think of living in Mexico! (And don’t forget to tell your friends so they can participate, too.) To get started, just click this link.

Canadians and Progreso Working Together
During Carnival and, later, during Semana Santa, there is a huge, annual influx of strangers to the beach communities. Some are lovely tourists and potential expats, many looking at the area as a potential place to either retire or to become their snowbird home. Unfortunately, among the mix are always a few who are scouting the area for potential robberies. This influx of double and sometimes triple digit numbers of extra people also causes the amount of trash to skyrocket, often far past the ability of local waste management to handle quickly. This past week, a group of Canadians met with authorities and police to find ways to work together to not only stop these potential burglaries, but to also solve other problems, such as regular garbage collection and road issues. The quality of life for everyone continues to improve in all of the beach communities, in large part because of the determination of the people, the authorities, and the expats to work together to form close relationships designed to protect a peaceful and happy life for everyone.

2017 War on Zika, Dengue and Chikungunya Begins
This past weekend, the first strike in the 2017 war against zika, dengue and chikungunya came from Merida when trucks fanned out across the city on Saturday and Sunday for the purpose of collecting anything that might hold water and encourage the breeding of mosquitoes. In the five similar events in 2016, in February, May, July, September and November, 5,157 tons of potential mosquito breeding pots were collected. In this past weekend’s operation, 230,720 homes in 278 colonies and over an area of 11,536 hectares has benefitted 1,167,000 residents of Merida. The sanitary landfills of the Municipality of Kanasin and the Comisaria of Susula were the final destination of the pots collected in this first strike against these diseases transmitted by mosquitoes.

Five Foreign Companies Investing in Progreso’s Special Economic Zone
Five companies are waiting for the final decree from the Federation that puts Progreso’s Special Economic Zone into effect so that they can immediately open their offices there. The companies are from Asia, the United States and Mexico. The products are software related to automobile development and communications. This will not only benefit the new companies coming to Progreso, but will also provide new relationships between local companies in the same business, as well as increased business for every sector of the local economy. The program is expected to increase the Science and Technology sector of Yucatan’s GDP from 4% to 28%. Progreso’s special Economic Zone will be the first of its kind to be activated in a nationwide program and everyone is certain that it will be a great success.

Space Surgery No Longer the Stuff of Science Fiction
A Mexican surgeon is slated to be the first to perform surgery in space as part of a joint project between Japan’s Stony and the United States’ Aerospace Agency. The surgeon is 37 year-old Mexican, Dr. Carlos Salicrup, an aerospace physician and pilot who has been a resident of Space Medicine at NASA. He has not only worked on five missions to train and prepare for this day, but was chosen because he is one of the developers of this concept. He said that he would love to have an operating room in space but unfortunately, there is no space in space. …and then somebody invented the 3-D printer and now we have software called the email ventilator. It is possible now to put a 3-D printer on every space flight and actually email everything from surgical instruments to anesthesia delivery systems that work in the altered environment of weightlessness. It is a new world up there.

Yucatan Boosting Women’s Business Development
The Yucateco Institute of Entrepreneurs has announced that four companies (one in each section of the state) are going to be established for the purpose of boosting women’s business development from project idea to implementation. This is part of the Hub of Entrepreneurs of Yucatan that was inaugurated by the current Governor last January. The best thing about this program is that it is already funded and already has strategic alliances at the national level that ensure the program will have not only the best mentors, but also access to private capital funds, Angel investment clubs and national and international accelerators for the development of women entrepreneurs. There has never been anything slow or shy about women business owners in Yucatan and it looks as if this little boost from Yucatan and Mexico has already resulted in an investment in their entrepreneurs’ hub of ten million pesos. Congratulations to all of the ladies whose businesses will benefit from this program.

Yucatan’s Rate of Cirrhosis in Women Jumped 24% in One Year
In Yucatan, there are 119.87 female alcoholics per 100,000 inhabitants. Nationally, that number falls to only 13.18 female alcoholics per 100,000 inhabitants. Yucatan is amazingly in the number one position in every competition they enter, but this is not the sort of national first place anyone wants to win. Look for increases in research projects and the development of programs to fight this problem as quickly as possible.

Several State Government Offices Move to Siglo XXI
The Siglo XXI Administrative Building is located just behind the Convention Center and will now house several state offices that are moving from different rented buildings around the city. For the past few weeks, all of Mexico has been working toward cutting governmental costs in ways that will not harm any of the programs that serve the people. Sometimes, this means that upper level government employees are taking a pay cut. Other times, it means moving government offices from rented buildings into buildings that are already owned by the state or federal government. The offices that have moved to Siglo XXI’s Administrative Building include the General Directorate of Information Technologies, the Secretariate of the General Comptroller of the State, the Governor’s Office, the Office of International Affairs of Yucatan, the Coordination of Strategic Projects in Social Policy, and the Technical Secretariat of Planning and Evaluation. This puts all of these offices next door to the Yucatan Services Center, which depends on the Secretariat of Public Security (SSP). The whole area recently got a new avenue, sidewalks, lighting, and a roundabout, so this has been in the works for a while. It is very seldom that one sees any government move anything out of a costly location and into one they already own. Cudos to Yucatan and to Mexico for being able to trim the budget without hurting the people.

NAFTA News and Potential Review
As everyone knows, Donald Trump has been quite vocal in attacking NAFTA for a number of reasons and even has threatened to pull out of the treaty completely. This week, the Canadian Ambassador to Mexico, Pierre Alarie, announced that if Trump pulls out of NAFTA, Canada and Mexico will simply review and update the treaty, then carry on as usual. Canada has also announced that it is opening its doors to 300,000 migrants who are qualified to enter the country. It is one thing to say that the G-20 supports Mexico during these difficult times, but it means so much more when the individual members come out with specifics about how their relationships with Mexico will serve to make a better future for Mexico and for their country as well.

Yellow Fever Moving North from South America
Aedes aegypti is not a nice bug. It is usually associated with the spread of dengue, chikungunya and zika, but now there is a new threat on the southern horizon. Yellow fever has shown up in South America and is on a northward march that is expected to bring it to Yucatan via the Aedes aegypti mosquito and human travelers. There is no standard treatment for yellow fever because the severity and symptoms vary so widely; but, make no mistake, this disease will – and often does – kill. There is a vaccine for yellow fever. However there have been no efficacy studies. The vaccine was introduced in the 1930s. Soon after that, the number of new cases was substantially reduced. Those kinds of observations make it painfully obvious that there needs to be much more research done on the vaccine, hopefully beginning immediately. This does mean that it is all the more important that “clean patios” should become a mantra for everyone in the northward path of this disease. According to the CDC: “Yellow fever virus is found in tropical and subtropical areas in South America and Africa.” The CDC also implies that there have been no epidemics of yellow fever north of Yucatan since the 1500s. Not so, as many in Louisiana, and probably other Gulf Coast states, can testify, since they are descended from survivors of yellow fever epidemics as late as the 1850s, 1860s, and even as late as 1905. Please make “clean patios” and mosquito avoidance a part of your natural activities.

WSJ: U.S. Companies Challenge Trump and Expand Investments in Mexico
Rexnord, maker of industrial bearings, is moving 350 jobs from Indiana to Mexico. It will save the company $30 million USD. Caterpillar is suffering from the longest and most severe depression in its 92 year history, so they are moving from Illinois to Monterrey, Nuevo Leon. Nucor, a steel maker, has hooked up with a Japanese steel maker and is moving from North Carolina to Mexico to manufacture steel for automotive companies. Manitowoe Foodservice is closing its soft drink dispenser factory in Indiana and moving to Mexico. Electronics maker CTS Corp is phasing out its production in Indiana by mid-2018 and shifting it to China, Taiwan, and Mexico. Plus, General Motors is moving ahead with its process to move more production to Mexico. Trump has raised his threatened tariff to 35%, but it has reached the point where the companies these manufacturers sell their parts to are no longer in the U.S. so, in order to make a profit, they need to be closer to their market. Business has got to move where it can make a profit or shut its doors. Thankfully, Mexico is in the right place at the right time this time, and has the educated workforce to support a leap into a very profitable future. 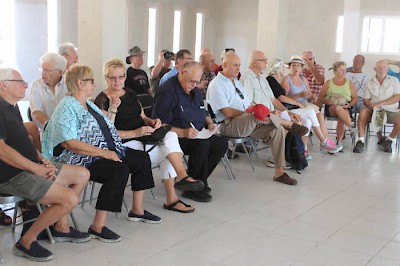 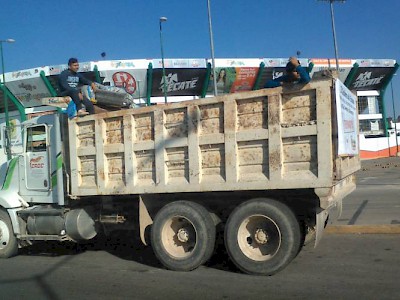 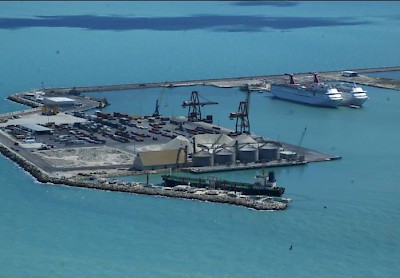 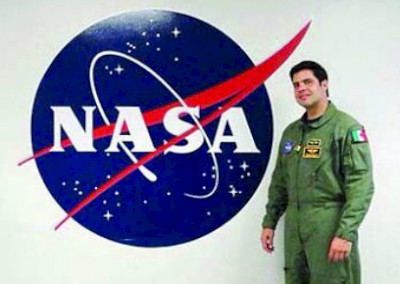 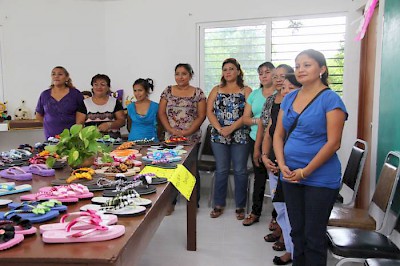 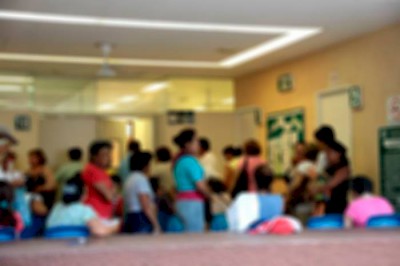 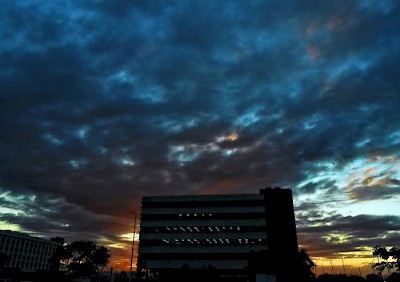 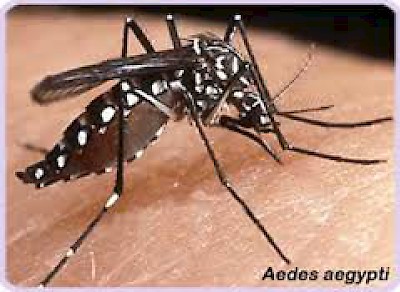