Yucatan is lighting up with solar energy!

The Universal Electric Service Fund is bringing electricity distribution networks to homes in towns and villages that currently have no access to electric service. This includes clinics and classrooms currently without electricity.

They will also install individual solar systems in homes too isolated to be connected to the grid. These two programs have an initial impact for more than 3,000 homes in Yucatan and more are being added.

This week, the new Energy Reform laws made provisions to allow developers to build neighborhood solar power plants as they are developing property to privatize electricity costs. According to the Mexican Association of the Construction Industry, developers will be able to produce their own electricity, operate a low voltage grid, put in meters and charge for the energy and maintenance.

Eight neighborhood solar energy plants will be open as early as next year. They are under construction now in Progreso, Chabacal (I and II), San Ignacio, Cuncunul, Kumbul, Ticul and Tizimin. The plants are being built with Mexican, Chinese, Spanish, Hindu and Peruvian capital. Access to basic utilities is one factor which alleviates the consequences of extreme poverty in remote areas.

James Lynn McClure (age 71) was on a training ride between Chelem and Chuburna when he was struck and killed by a hit-and-run driver. The car is believed to be a black BMW.

Anyone with information about the accident is asked to get in touch with Investigator Alfredo Vicinaiz at 999-155-1587. The BMW sustained damage to the right front fender and to the area around the front of the driver’s door.

Our deepest sympathy to the family and friends of the deceased at this time.

Merida’s first Best Buy store is located in the Uptown Merida shopping center. Currently operating in China, the US and Canada, the chain has been successful offering a wide selection of products with convenient financing options. The big box retailer stocks over 25,000 products and will be a great resource for quality consumer electronics.

The Secretariat for Research, Innovation and Higher Education and the National Autonomous University of Mexico (UNAM) have signed an agreement to provide remote courses at the baccalaureate, undergraduate and graduate levels throughout the rural areas of the state of Yucatan.

Yucatan has an excellent public school system and produces thousands of young people who are qualified to attend university. Unfortunately, they often cannot afford to travel to the universities or must stay home due to family responsibilities. New remote classrooms will be key in addressing these issues and providing access for more students. The state will recover the human capital resource and young people will have hope for a better future.

Maria Dominguez and Natalia Tapia have been together for seven years and are now engaged to be married in Yucatan. Although, Quintana Roo and Campeche have legislation or precedent establishing the legality of same-sex marriage, the state of Yucatan does not.

Fortunately, federal laws make same sex marriage legal; if the request is denied initially, couples can file an amparo—a legal remedy for the protection of civil rights—and the courts will rule in their favor. That process made marriage a possibility for this couple who are now planning a wedding in early November.

Scorpion stings are up slightly this year. By this time last year, Merida had 20 stings reported. This year, 23 stings were reported. Incidents of bee attacks and venomous spider bites have also been reported. These creatures are often driven inside by relentless rain, so please take extra precautions to keep dark corners from becoming damp and neglected. See our Top Ten Insects article for some insight on what you're up against and how to handle it.

Strong storms in the southern United States are creating tropical waves and winds are blowing at over 60 km/hr across much of Mexico. With 14 storms predicted this summer, there probably won’t be much of a break. A good supply of books, soft hammock, a way to keep up with the weather report and loads of snacks and drinks will be your beloved companions through this lovely wet season.

Traffic Accidents Down; Deaths Up

The national average of traffic fatalities (per 100,000 inhabitants) is 12.5. In Yucatan, that number rises to 14.8. This is an odd situation because there are fewer actual accidents (down 20%), but the death toll per accident is higher (up 22%). The leading cause of fatal accidents was alcohol followed by using technology while driving. 40% of traffic fatalities involve motorcycles.

Three tourists chased down a pelican and held his mouth closed for a selfie at Punta Esmeralda in Playa del Carmen. The Department of Urban Environmental and Environmental Inspection is preparing a complaint against those responsible for abusing this pelican and Profepa will act on it immediately. This comes on the heels of an issue with the poisoning of coatis in the same area to prevent the animals from damaging a golf course. Animal rights laws are strict in Mexico and Profepa will come calling on all who do harm to the environment. 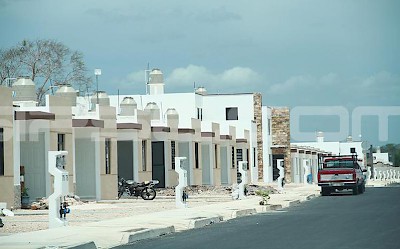 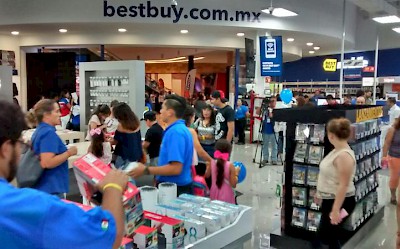 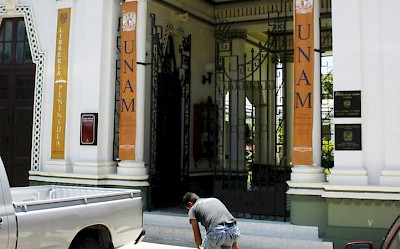 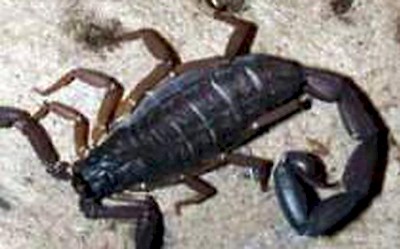 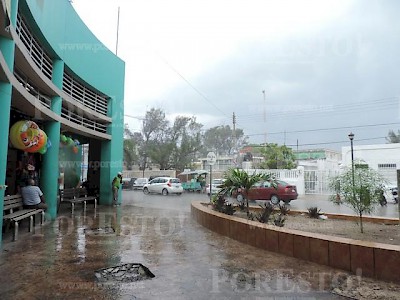 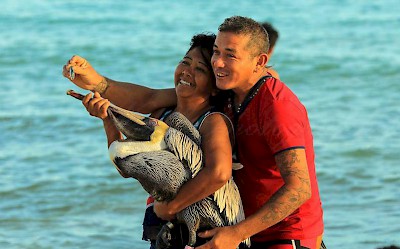