With 1,200 miles to go, Jorg Riechers (of Germany) and Marc Lepesqueux (France) had a 50 mile lead over the rest of the boats in the only trans-Atlantic Class 40 sailing race in the world. If all goes well, it is expected that this team will win the race. At this writing, seven of the eleven teams have passed the control gate south of St. Barth Island and all are headed straight for Progreso, Yucatan. The boats will begin arriving at approximately Day 26, just in time for Easter weekend. Twelve days of events and celebration are not waiting for them, however. Events designed to strengthen the relationship between France and Yucatan will begin this week and continue until April 14. Please see Yucatan Living’s current Events page for a complete listing of these events.

Security: No Days Off for 15 Days

There are now more than 3,000 troops, plus various other groups, such as the Secretariat of the Marina, the Armada of Mexico, Federal Police, the Mexican Red Cross and the Green Angels, all operating to ensure the safety and security of Yucatecos and tourists during the Easter season. With all government offices closed and so many city folks headed for the beaches, many of these troops will remain behind to ensure the security of an almost empty city. With tourism, both foreign and domestic, rapidly on the rise, safety personnel say they know that accidents are going to happen and they are ready to be of assistance at any time. We hate to hear that their days off have been canceled, but we all deeply appreciate their dedication to duty and to ensuring our safety. Hopefully, the security forces, the police and all the other agencies that watch over us will get their own peaceful days at the beach when our vacations are over.

Welcome to the 19 undergraduate students from the University of Santa Cruz, California, as they spend this week learning about the Mayan culture and just plain having fun in Tzucacab. Student participants in the USC program had two choices of destinations this year: Cancun and Tzucacab. Those who chose Tzucacab report that they are very glad they did. It is interesting to note that some of these “spring breakers” express surprise at the fact that the Maya still exist because many have heard otherwise. Other members of this group are Latinos of Mexican descent who are interested in exploring their own historical roots. Whatever their reason for coming, we know they will have a wonderful time and will return home as 19 more ambassadors for our adopted state and culture. This UCSC program has additional projects in Nicaragua, El Salvador and in other states in Mexico. This is certainly an idea whose time has come and many thanks are due the visionaries and organizers associated with the “Alternative Spring Break” program.

Speaking in a workshop in Mexico City, astronomer and historian Marte Trejo Sandoval said that neither the Mayan texts nor calendar contains predictions of an apocalypse in 2012, but regrettably “pseudoscientific media outlets are talking about the end of the world, based on supposed prophecies and the Mayan calendar” (El Universal). It seems, according to Marte Trejo Sandoval, that these stories about December 21, 2012 being the end of the world began in the 1970s with the New Age movement. Before that, it was accepted that the end of one Mayan age simply signified the beginning of another. Those of us who live in Yucatan or visit often, plan to sit back and watch the show. It will be interesting to see how many Beginning of a New Era parties are held in Yucatan on December 22 this year. If you are planning a trip to Yucatan in December, make sure that this year, you schedule it so you will be here for the beginning of the New Era. And schedule your spot early, because it is going to be crowded!

Osmon and Pinzon Make Music Together

Dr. Leroy Osmon is a three time Grammy nominated composer, who has also been nominated for both a Pulitzer Prize and the University of Louisville Grawemeyer Award for Music Composition. His works have been performed around the world. Did we mention that Dr. Osmon lives in Merida? Alejandro Pinzon is a native of Merida and soon to be the first Yucateco to earn a PhD in Orchestra Conducting at the University of West Virginia. Dr. Osmon wrote the music to the ballet A Sea of Seven Colors and Alejandro Pinzon conducts the West Virginia University Percussion Ensemble in their performance of it. We hope you enjoy A Sea of Seven Colors  on YouTube. Alejandro Pinzon has also recently learned that he has not only been included in a CD recording in Mexico, but is the conductor for the first three tracks of the CD! We want Dr. Osmon and our dear friend Alejandro Pinzon both to know how very proud we are of their work and how proud we are that they both call Merida “home.”

There are three topics of significant interest in agriculture in Yucatan this week. First is the announcement that Yucatan now produces more than 60 different varieties of habanero chili that are now well publicized and successfully marketed throughout the world. Second, there is increased activity and interest in maintaining the purity of the Pelibuey and Blackbelly breeds of sheep in Yucatan because the majority of breeders, throughout Mexico, use these breeds for either maternal or paternal genetic material in crossbred herds. Finally, the initial studies of stevia, along with initial crops, are in and it looks as if the eastern and southern parts of the state are especially well suited to developing a full-blown stevia industry. There are investors already lining up to build a plant and farmers are being recruited to attend seminars that will help them develop this industry along the same lines as those used in the successful habanero industry. Stevia is an alternative sweetner that is said to have health benefits and is touted for its abilities as a digestive aid, a diuretic, a blood pressure and heartbeat regulator, a preventive for joint pain and even a preventive for tooth cavities. It is particularly heart-warming to know that stevia will be grown in the rural parts of the state that need good jobs and an infusion of new income.

In just five more months (September 2012), Augustin O’Horan Hospital will also become known as the Centro Hospitalario del Sureste and will be home to the largest hyperbaric chamber in all of Latin America. O’Horan currently has a linear accelerator and brachytherapy equipment, as well as chemotherapy, and radiosurgery for the treatment of adults and children with cancer. The hospital is currently certified for cornea and kidney transplants and soon will be certified to make bone marrow transplants. The hyperbaric chamber is intended to mainly serve fishermen’s decompression problems, people suffering from various kinds of physical trauma, diabetics and infants with several types of pathological conditions. The hyperbaric unit, the first of its kind in Latin America, will operate 24 hours a day, 365 days a year. For those readers who wonder about the quality of medical care in Yucatan, we hope this news helps to tip you over into deciding that Yucatan very well might be just what the doctor ordered.

Look for great things to come out of Progreso far into the future. This new art and cultural group is for young people, 13 to 20 years of age. Their talents and interests include singing, oratory, debate, literature, drawing, painting, visual arts and any other link with the arts, including the theater, drama, photography and film. Yucatan’s young people are graduating from college in ever-increasing numbers, and now we have the beginnings of groups, such as this, that will shape the cultural and artistic future of the state. Yucatan Living congratulates the leader of this group, Maestro Pedro Bermudez Solis, and we look forward to bringing the successes of these young people to our readers for years to come.

This past week was Scout week in Yucatan and the Scouts were everywhere! Scouts were sworn in as public officials for a day, and 250 members of Wolf Packs, just 7 and 8 years old, took over the beaches to learn about shells and marine animals. Many Scouts were practicing their rowing, canoeing and kayaking skills. We were saddened to hear that the Internet and Facebook are directly responsible for a decline in the numbers of Scouts, but we know what the future holds. It will be these active Scouts who determine the future of Yucatan, while the lives of the children who loiter in front of computers slowly fade away. We hope all of the Scouts who participated in Scout Week 2012 had a wonderful time and we are anxiously awaiting news of your upcoming projects.

Just For Kids – Fun for a Month!

Between April 8th and 29th, more than half a million children throughout the State of Yucatan will enjoy ongoing events as part of the Mayan World program that will be going on at the Siglo XXI Convention Center during that same time. All of the public school children in the state will not only be provided with an opportunity to have fun, but with workshops and trips that will teach them more about the Mayan culture and how to care for the environment. Constant shows and classes will be going on in the Convention Center between 9:00 AM and 8:00 PM during Semana Santa and between 8:00 AM and 8:00 PM after the holiday season ends. Children will also be taken on a trip to Progreso to learn about the Ruta de Chocolate. This is an especially important activity because it reaches less fortunate children throughout the state.

There are two public swimming pools in Merida, one in Parque Ecologico del Poniente and the other in the Aquaparque. These pools will be open every Saturday and Sunday, from 11:00 AM until 4:00 PM, from now until the end of August. Men and boys can swim in shorts, with or without a shirt. Women and girls must wear swim suits or shorts with an appropriate shirt. Swimmers are asked to shower before entering the pool. Food is not allowed in the pool area. 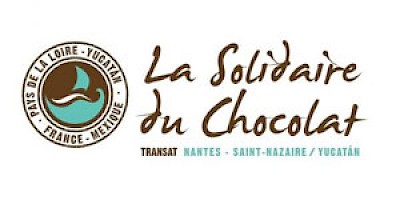 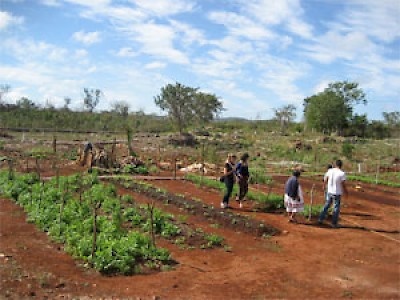 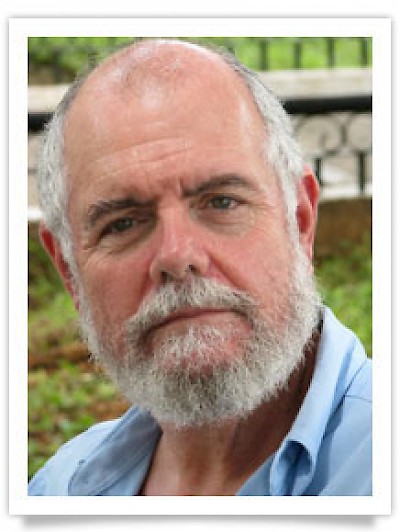 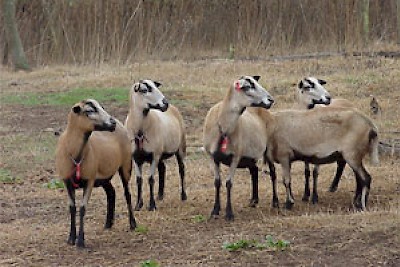 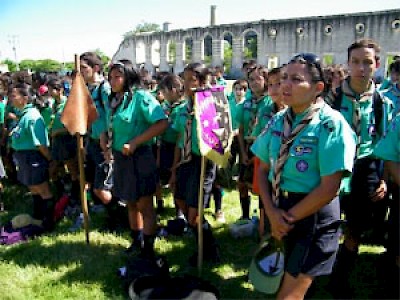 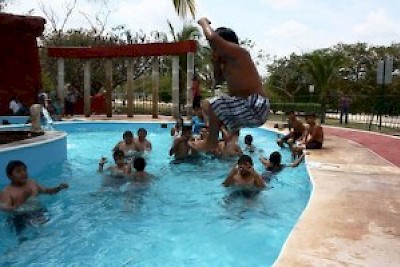