For all of those who are new to Yucatan, it is important to know some of the things that will happen during the election this coming weekend. First, there will be several street closures in Centro Monday and Tuesday due to political events. Those are listed, with a map, in El Diario.Second, on Friday, June 29, all public vehicles, except those needed for emergency services, will be parked and will remain under guard until the election is over. Finally, there will be a statewide prohibition on the sale of alcohol that will begin at 12:00 PM on Saturday, June 30, and will continue until Monday, July 2, at 11:00 AM.

It has been announced that Yucatan’s summer vacation, this year, will begin on July 13 and end on August 27. There will not be an extension into early September because of the law requiring students to be in school 200 days per year. While the children are out of school, please drive carefully, especially if you are driving through smaller towns and villages. Children and their pets often play in or near streets, so it is doubly important to drive carefully when they are out of school.

Its Raining in Yucatan

…and if it isn’t raining, just give it a few minutes and look outside again. Streets flood. The Malecon, in Progreso, floods. Towns and villages in every part of Yucatan flood. However, we were struck this week by the difference between a flood of a few inches in Yucatan and a whole mudslide coming down a mountain in other states. We hear people complain that this rain is a daily inconvenience, while those who live in other geographic areas struggle for survival. Yucatan’s farmers, on the other hand, are tickled pink because this rain is ending the drought conditions that threatened to ruin their crops. They are currently saying that, because of this rain – and if we have no hurricanes – they feel secure in predicting a good crop of maíz. This just goes to prove that one person’s inconvenience is another person’s miracle, so enjoy the cooler days – even if they are a tad on the damp side. The sun and heat of July and August will come soon enough and we might all be looking back fondly at a few of these inconvenient, wet days.

Given the numbers of visitors to the beaches of the Municipality of Progreso on Saturday, one would never know that it has been raining and mini-flooding all week in Yucatan. Three tourist busses came from Mexico City, Toluca, Queretaro and Puebla, as well as tourism students from Finland, England and Holland. The students are studying languages and tourism in Merida. There were also groups of Japanese visitors, as well as Americans, Canadians and Yucatecos who have family homes at the beach. It may have felt a little cool at times, but the artisans and food vendors did well and it looks as if, in spite of the weather, summer is off to a good start.

District 4200 is a huge Rotary Club International district that covers six states. Quite frankly, there are many projects in Yucatan, especially in rural Yucatan, that would never have gotten done without the help of Rotarians. They have a hand in either starting, carrying out and/or funding such things as ambulances, eye checkups and glasses, dental clinics, surgical clinics and more. They believe that violence comes from the hatred, grudges, resentments and antisocial behavior born of misery and, if hands and hearts are turned to service instead, there will be tranquility in the place of violence. Following that thread, the more service people give, the more peaceful their environment will become. Rotary has long been a part of the fabric of society in Yucatan and time has proven them right. We congratulate them on past successes and with them well as they enter this new period of growth.

The National Institute of Anthropology and History (INAH) has announced that, late last year, a group of lighting experts from Italy, Spain, France, Japan, Peru, Argentina and Canada, traveled through Mexico and made assessments of the lighting that has been added. These experts judged the lighting of the Cathedral of San Ildefonso, in Merida, to be one of the best in all of Mexico. This is great praise, considering the vast amount of work being done to rescue these architectural marvels throughout the nation. In the meantime, work has been completed on 11 other churches in Merida’s Centro and there plans currently underway to complete the side and back of the Cathedral as well. These are wonderful projects that add to the overall quality and grace of this beautiful city.

According to the Director of the Institute of Health in Yucatan, the Scouts will be training to be and working as inspectors so that they will be able to identify at risk locations and learn to properly remove trash. They will also learn how to recognize the signs and symptoms of dengue fever so they can encourage those who are ill to seek medical assistance. The official also stated that “80% of successful campaigns against dengue are due to the participation of the people. Resources are useless and will not help if you do not have the participation of the population.”

English has been a required subject in public school in Yucatan for some years now. In order to assess the progress of this program, students who attend UADY’s Preparatorias One and Two, as well as those who attend the Unidad Académica de Inserción Comunitaria, are required to take the Institutional Diagnostic English Language Test. Last year in Yucatan, it was found that 60% of students who entered UADY’s Preparatoria One scored at the elementary (basic) level, 29% at the pre-intermediate and intermediate level, 7% at the early advanced level, and 4% at the advanced level. When retested, scores were found to improve throughout the year. This is good news for students whose college degrees, in many cases, will lead them to a variety of international jobs in which English is used as a common language. This one skill gives them a decided advantage over their peers in other parts of the world, who find foreign languages too difficult to even attempt.

This week, UADY joined with Mexico City’s Hospital Juarez to propose that the first toxicology center in the southeast and central part of Mexico be built in Merida. This center will also serve the nations of Central America. According to Hospital Juarez’s Toxicology Center spokesperson, as technology improves, cases of poisoning are beginning to skyrocket in Mexico City. In most cases, they had been previously misdiagnosed because there simply was not the scientific infrastructure available to give a correct diagnosis. This is doubly important now because people are being poisoned by drug intoxication, substance abuse, animal venom, common chemicals in the home and by agrochemicals, especially pesticides. When this Toxicology Center is completed in Merida, this will be one more step in ensuring that Merida retains her place as the best health care destination not only in Southeast Mexico, but in all of the Caribbean and throughout Central America.

We are lucky enough to be on the notification list as each college at UADY graduates their seniors. This past week, 97 UADY students earned their Masters in Applied Psychology, as well as 65 students earning a Bachelor of Science in either Chemical Engineering, Industrial Chemistry, Engineering Chemistry, or Industrial Engineering Logistics. Two of the Industrial Chemistry graduates are currently studying in French universities and eight Industrial Chemical Engineering students are currently studying abroad. Overall, more than forty UADY students are studying in Europe, South America and Asia, with thirteen more studying in institutions in other parts of Mexico. Next year, there will be fifty-four UADY students studying outside of Yucatan, including forty-one in Spain, France, Argentina, Colombia, Germany, Canada and South Korea. The other thirteen will be at universities in Puebla, Guadalajara and Mexico City. Pretty impressive statistics! 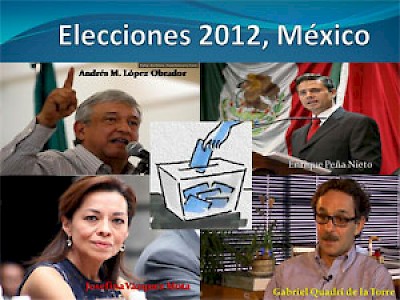 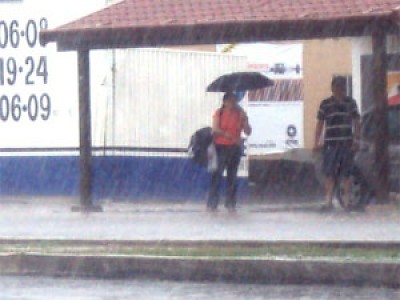 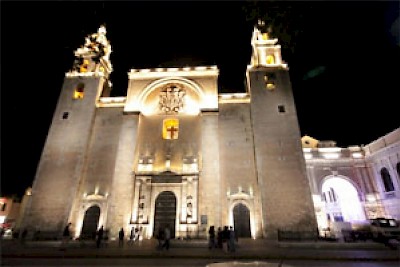 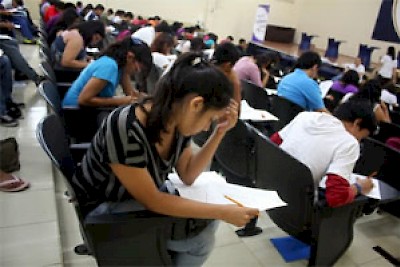