This is the sixth year of operation for the Chuburna Puerto Free English School. The director is Sunny Snow, who has organized and carried out more than a few projects in the Chuburna area. The Chuburna Puerto Free English School is thanking everyone who has made donations of school supplies for the students, who range in age from 8 to 58! The school is happy to report that they are completely full and open enrollment will take place again next Fall.

The Chuburna Puerto Free English school also teaches cultural topics and, in an effort to give students a taste of how Halloween is done in the U.S. and Canada, they are going Trick or Treating on October 31. They will split the 40 students into small groups and go to pre-arranged homes between 6:30 PM and 8:00 PM. If anyone lives west of Chelem, especially from about Aruba to Chuburna Puerto and would like to have Trick or Treaters come to your home, please go to Yolisto and PM (private message) Nubinskis with your e-mail, phone number, address and questions if you have any.

Come one! Come all! To the Funky Market in Chelem on Tuesday, October 25. This is a great place to find art and handicrafts from all over Yucatan. They close off the street, Coca Cola brings two big tents, and vendors start setting up by 8:00 AM or 9:00 AM (some inside with smaller items, others under the tents). The show opens at 10 and will be over by 3 PM. Vendors come from Muna, Merida, Telchac and Progreso. Food and drinks will be available for purchase. Since this month's theme is Oktoberfest, the food will probably be sausages and sauerkraut. Since some of the vendors bake bread and cakes, no one should go hungry... and a grand time will be had by all! Admission is free, so come on down and buy your Christmas presents from local Yucatecan vendors.

The two cities couldn’t be more different. Tijuana is a coastal resort area with a heavy focus on the arts. Juarez is an interior desert city whose focus is manufacturing and transportation. Both cities were once known for the violent activities that were talked about in the media, and now, both have had a sharp reduction in their rates of violence. Each city now also has a festival celebrating peace and both cities are inviting everyone to come and visit. The rest of that story concerns how those crime and violence rates dropped so low, so fast. It wasn’t magic. It was Police Chief Julian Leyzaola, a retired army lieutenant colonel. First he worked in Tijuana, and then it was on to Ciudad Juarez. Nothing spells success like a children’s daycare center opening in a former gang hangout. No one can say that Chief Leyzaola is shy. Asked if he was repeating his success in Tijuana, Leyzaola grinned and said, "No, this is different. I've done in Juarez in six months what took me two years to do in Tijuana." Apparently, that’s the kind of can-do attitude that gets the job done. Our congratulations to Chief Julian Leyzaola and to the cities lucky enough to employ him.

This is a wonderful event that will be held on the 20th and 21st of October, but not here in Merida. The poets are all migrants and two of them are from the Yucatan. First, there is Ileana Baeza (she migrated from Turkey to Merida, Yucatan). The other is Tomas Ramos Rodriguez (he moved from Merida, Yucatan to Tempe, Arizona). Every one of the participants is an internationally known poet. Over the course of the two-day event, they will all cross the border from Arizona to Sonora a total of seven times, changing location for each of their different events. Quality of life, including peace, needs words for inspiration. These migrants want to share their dream of peace and their experience of moving from one country to another with the rest of the world... and do it in a way to spotlight the current issues surrounding the US-Mexico border. We are proud to have two of Yucatan’s own among the invited guest poets for this event.

This online educational site for children and teens is 400 pages strong and still growing. Topics covered include science, technology, human interactions and human rights – in formats that include online courses and even games. The visitor can choose to experience the site in Spanish, English or Mayan, so no child in Yucatan is left out. This site has sections for children of all ages. If you know a child (or an adult!) in Yucatan, please do pass on the link to deCIR. Congratulations to everyone who worked on deCIR at UADY.

Maybe the rain isn’t so bad. Its getting kids out of school in Oxkutzcab and they love it. Its making it possible for the citrus growers to hold up on the expense of irrigation, so they like it too. The rainy weather didn’t even slow down the wholesale fruit and produce market, so those vendors don’t care if its rain or shine. So far, there’s been no flooding of vegetable fields, so those farmers are happy. About those sewage systems and storm drains... well, maybe not everybody is happy with the rain in Yucatan. But not to worry, municipal employees are on the job all over the state.

At long last, the World Anti-Doping Agency, based in Switzerland, has announced that it has dropped its case against five Mexican soccer players in the Court of Arbitration for Sport. However, this came in response to an admission by the Mexican government that Clenbuterol was widely used by cattle farmers in Mexico, even though it is illegal for them to do so. Mexico also assured them that the laws will be strictly enforced in the future. The World Anti-Doping Agency suggested to the players that, from now on, when they are at games, the team should eat only in approved cafeterias and that they should never eat alone. We are so glad that the careers of these remarkable young men were not ruined by something that most certainly was not their fault. The good thing to come out of this is that we can now be sure that laws against giving steroids to food animals are being enforced and that the meat we eat is as safe as possible.

Its Fall and Love is in the Air

Bird love, Plant love… you name it and it is probably in love in Yucatan. If you need proof, just ask any of the birders who are coming for the TOH bird festival. Ask Jim Conrad. This week, his newsletter tells us that the swallows are back. It must be getting cold north of the border. If you have a papaya tree, is it a boy or a girl? They fall in love too, you know. Jim Conrad also waxes philosophical about floating coconuts and biodiversity so, if you’re not on his mailing list now, visit the Jim Conrad Naturalist Newsletter website and sign up.

The National Chamber of Commerce has suspended the Fair Trade Expo on the basis of a lack of economic resources and lack of investment in the city. The people in that area believe that street vendors from other places are causing harm to local markets. We often ask that expats support locally owned businesses, but this time, it would be a lifesaver for many of the craftsmen and women in the interior of Yucatan. Just be sure of that, when you do shop in Tekax, go to the house or shop of the craftsman to ensure that your pesos go to help the local economy.

Fashion: Who is Carmen Carolina?

If you attempt to find a fashion designer named “Carmen Carolina” in Yucatan, what you will find are two dressmakers, Carmen Castillo Castillo Lopez and Carolina Herrera (who apparently was named after a VERY famous dress designer). This past week, they had a showing of their work in Hunucma and it was wildly successful. Forty of their fashion creations, mostly bridal and quinceañera dresses, were modeled by young models who were all from Hunucma. The event was attended by 400 people. Hunucma is growing into a more cosmopolitan area every day and events such as this level of fashion show are proof positive that, even when there is a temporary bump in the road, Yucatan is well on its way to a very bright future. Congratulations to both Carmen and Carolina on their success.

The Valladolid English Library now has shelves and over 1,500 books that will soon be logged into the computer and put on those shelves. They hope to open by the end of this month. The Library is learning how expensive start-up costs can be and is asking for a donation of $1,000 pesos per person from any supporters who would like to be Charter Members. A Charter Member is a founding member whose support is essential to assist in getting the library open and up and running well. The names of Charter Members will be noted in the minutes of the Library Board and will be on display in the library on a permanent basis. If you would like to be a Charter Member, please contact Denis Larsen, Harriet Rich or Tom Jones. Or email vel.library.1@gmail.com and the Library will forward your message to one of the board members listed above. The Valladolid English Library thanks you in advance and wants you to know how much your support is appreciated. 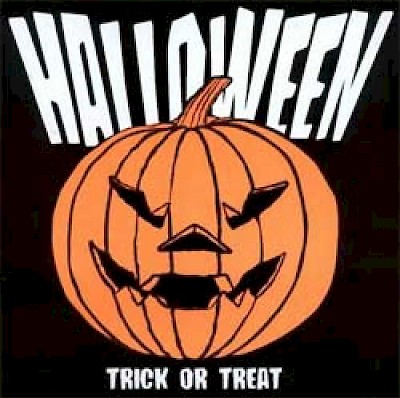 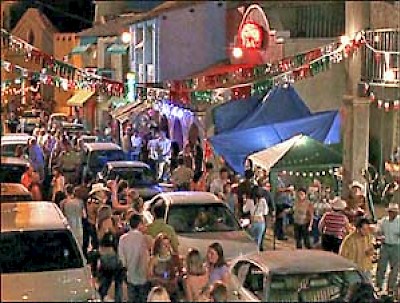 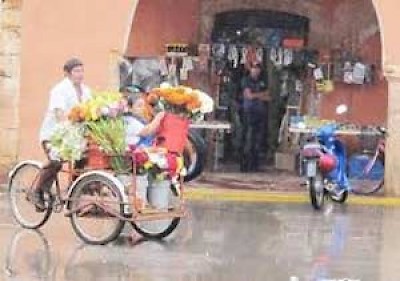 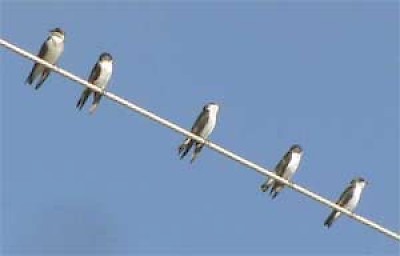 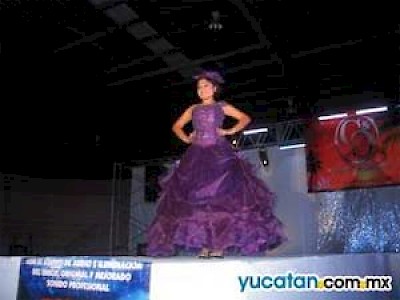