Planned Pethood Does It Again!

Planned Pethood marked their 5th Anniversary in Merida by holding a Free Spay and Neuter Clinic at Sanctuary Evolucion. On that day, fifteen shelter dogs and fifty dogs and cats brought in by their owners were served. To top off the day, it was announced that Planned Pethood is donating a Sterilization Clinic that is currently under construction and will provide surgery for the dogs at the shelter. This is in addition to the vet-approved Quarantine Facility that Evolucion is currently building. If you would like to donate to that fund, please contact Sanctuary Evolucion.

Tourism for the Faithful

Over 250 million people travel the world on religious pilgrimages. The State of Yucatan is poised for its next big tourism push to be in that direction for Catholics around the world. After all, Yucatan has the oldest cathedral on the North American Continent in Merida, and Izamal has a convent with the largest atrium in Latin America and the second largest in the world, second only to the Vatican in Rome. With the canonization of John Paul II coming closer with each passing day, his beloved Izamal, as well as all of the restored chapels and churches in Yucatan, should be first on the list of places to visit when thinking about religious tourism.

In recent weeks, we have received more than a few inquiries about opportunities to attend sporting events in Yucatan. Not to worry. There are sporting events in Yucatan for everyone! Yucatan regularly hosts national and international boxing and Olympic qualifying games. In Merida alone, we have polo, fitness and body building, golf,   and an ice skating rink. To see a list of all 48 associations, visit the website of the State of Yucatan’s Sports Department. If you are a sports fan of any kind, the news on the Sports Department’s Press Releases will keep you up to date on who’s who, what’s what, and what’s coming up in sports in Yucatan. This past weekend, as other athletes prepare for the 2012 Olympics, baseball and basketball dominated local sports scenes throughout the state, but the Hunucma basketball tournament was the one to watch. Congratulations to Los Dragones in their win over the Black Hawks.

So far, seventeen people who live in Oxkutzcab have enrolled in a new program that offers free eye surgery to members of their community who have diabetes and vision problems that can be helped through surgery. This news comes at the same time as an announcement that there will be a second workshop for all midwives in the region. This is all part of a dramatic push toward preventive and maintenance health and wellness programs that are expected to have a significant impact on some of the negative factors associated with general health throughout the state, and especially in rural parts of the state.

Corner grocery stores are hanging by a thread throughout Mexico and certainly in Merida. Every week seems to bring more bad news for tienditas. New reports say that the owners are having trouble paying taxes and renewing permit fees. This means certain closure for many tienditas or tendejones. It begs the obvious to admit that there is no way these small stores can compete with the likes of the big chain supermarkets. Yet, haven’t you ever needed just an egg or two to whip up a recipe in a hurry? Haven’t you ever needed just enough rice for supper or just enough sugar to tide you over? The value of the neighborhood grocery store in Mexico is beyond measure. We haven't even explored the idea that they are locally owned and a gathering place for each neighborhood. We invite you to watch a YouTube video in which our friend Arturo Novelo’s Real Life in Merida presents “Tienditas.” Please, whenever possible, buy as much and as often as you can in one of the tienditas in your neighborhood. We cannot let this cultural icon fade away.

This story has a bit of length to it but, when we found it in El Diario de Yucatan, we just couldn’t resist sharing it with our readers as well. As with all good stories, it begins with “Once upon a time – ".

Teabo and Chumayel are two towns in the southern part of Yucatan. During the Caste War, the persecution of Catholicism resulted in the burning of quite a few images of saints. While there was danger, the people of Chumayel hid their statue of the Christ, a replica of the Black Christ of the Blisters, in a cave near Teabo, thinking they could go back and retrieve it when the war was over.

When the war ended, a man from Teabo found the statue in the cave. It was considered to be a miracle and Teabo held a big fiesta in honor of the Transfiguration of Christ. The Catholics in Chumayel heard about the fiesta and realized that Teabo had their statue. Instead of demanding the immediate return of the statue, there may have been a little ambiguity that might have led some to believe that Chumayel might have intended to share the image and fiesta with Teabo. However, once Chumayel got their statue of Christ back home, he went behind bars and it was announced that he would never leave Chumayel again.

Teabo didn’t care. They commissioned their own statue of Christ and continued on with their fiestas. Not to be outdone, Chumayel decided to hold their own fiesta on the same days that Teabo’s festival was going on.

Fast forward a hundred years, give or take, and we find Chumayel and Teabo with the same priest serving both communities and the two towns still holding their fiestas on the same days. Chumayel may not have been the first to hold their fiesta, but their fiesta is larger and better attended than the fiesta in Teabo. Some say there is still a smoldering resentment between the two towns over this issue but, we suspect that the people of both towns enjoy their respective fiestas without nearly the underlying stressors we hear about. After all, both fiestas are in honor of the same Christ, if not of the same statue of Christ.

The Meridas of the World Join Together

There are three internationally significant cities with the name of Merida. The other two are in Spain and Venezuela. Our Merida, Yucatan, has joined with the other two to form a strategic alliance that will help the people of the three cities support each other with tourism and commercialization. Representatives of the three cities will meet for their initial Congress of the Meridas of the World right here in our own city in July. And they have also created their own website, www.lasmeridasdelmundo.org. Pretty cool, huh? 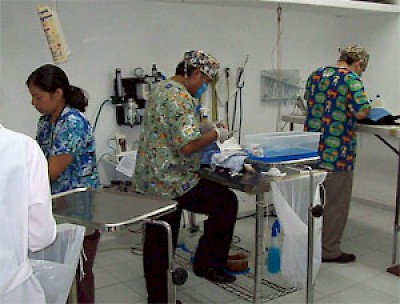 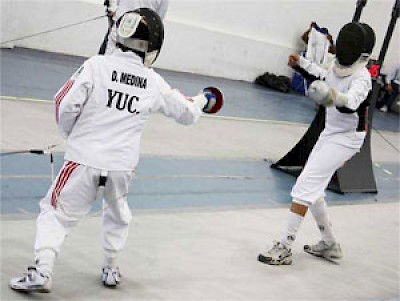 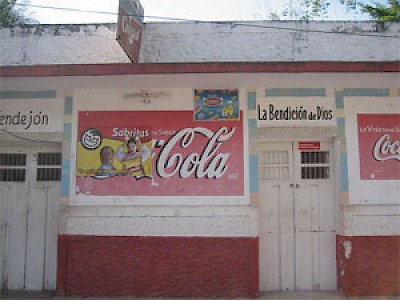