Marine biologists at Texas A&M University at Galveston (TAMUG), along with their counterparts from the National Autonomous University of Mexico (UNAM), are working together to explore and investigate the world’s longest underwater cave, known as Ox Bel Ha . This underwater cave is in the area of Tulum and extends 150 miles across the Yucatan Peninsula, in a remote location far from the influence of tourists. The goal of the project is to determine what promotes the diversification of eyeless, albino cave fish and crustaceans in the Ox Bel Ha System. There are many factors that affect the ecological life of this cave system, including overpopulation in the area, lack of proper sewage systems, the location, temperature and depth of the saltwater-fresh water interface, and even the quality of the organic matter that falls into the water from the soil above the cenotes . The focus of the project has now honed in on studying the diversification of microorganisms in different areas of the system and how they, as food, affect the larger organisms, such as fish and crustaceans, that live in the caves and underground rivers. To learn about this area, visit Sistema Ox Bel Ha and Mexico Cave Diving.

For decades, many of the cenotes in rural areas of Yucatan have been buried by rubble and garbage, but that has changed in Hocaba, Homún, Sanahcat and Tecoh. During the filming of a documentary on preserving cenotes, and a short film on how to conduct a cenote rescue, a total of ten cenotes were rescued and forty hectares that surround them were reforested. At the end of the project, a celebration was held in the interior of the cenote de Sahcaba che´en , in the Comisaría de Sahcaba, Hocaba. The ceremony included children, who recited poems about the rescue and value of cenote. Do keep an eye out for the introduction of these newly rescued cenotes into the tours in Hocaba, Homún, Sanahcat and Tecoh.

As we look around us, it is hard to look beyond the glitz and glitter of the larger cities and towns in Yucatan, but what lies beyond is 80,000 malnourished children in primary and secondary schools, more than in any other state in Mexico. Of every ten low-birth-weight babies in Mexico, one is a Yucatec. According to UNICEF, in The Rights of Children and Adolescents in Yucatan, almost two in five high school students suffer from malnutrition, sending Yucatan to number one in the nation and 28.2 percentage points above the national average. The 12 to 19 year old age group shows the most deficiencies, but all three groups assessed showed clear signs of shorter than normal height for their age, plus deficiencies in motor and cognitive development. Each week, Yucatan Living applauds both the many expats and rapidly increasing numbers of Yucatecos who work so hard to develop backyard gardens and develop markets to sell the products the people have grown. Throughout 2014, we will continue to let people know where they can help (i.e. soup kitchens and other programs). Yucatan has come a long way in recent years and, even with these shocking new numbers, once an emergency is seen, it is not long in being on the road to correction.

Expats: A Name at Last

Many times a year, we are asked if foreigners are accepted in Yucatan. We always reply in the affirmative but, this week, we finally saw, in a list of groups of people in a local newspaper, just exactly how we are currently being identified. Although we generally call ourselves expats (expatriates) or Snowbirds (winter-only expats), the list of groups of people in the local paper included: foreign and domestic tourists, Yucatecos, and “local foreigners.” So – there you have it. We have a name at last: los extranjeros locales en Yucatán .

The world turns and turns again, with people often finding that they are meeting themselves coming back. Over the past few years, there has been a big push, throughout the Yucatan Peninsula, to either get rid of or highly regulate street vendors. Of course, for as long as anyone can remember, street vendors have been illegal in the United States. And then the world turned again. As street vendor food carts continue to disappear on the Yucatan Peninsula, there is a growing movement to legalize them in Los Angeles, California. Food trucks seem to be all the rage throughout the United States and official legislation to legalize the food carts seems to be near. Meanwhile, back in Mexico, street vendors continue to either be outlawed or moved to centralized areas. Visit L.A. Leaders Move to Legalize Street Vendors to learn more about both sides of this issue.

Kansas (flamingo) Escapee May Be Headed for Yucatan

No. 492 is a flamingo that was born in Africa and shipped to a Kansas zoo in 2004. He escaped from the zoo in 2005 and, since then, has been spotted many times, from Wisconsin to Louisiana. Last week, he was spotted off of the Texas coast, in the company of a Yucatan-born Caribbean flamingo, whose band reads HDNT. We suspect that “off the coast of Texas” means that the weather in the U.S. is just a tad on the cool side and HDNT is probably bringing No. 492 home to the beach for the winter. We wish them both a smooth trip home.

There was a time when everyone waited impatiently for the spring and fall shoe fairs in Ticul. These days, it seems as if Ticul has become a master in the fine art of holding successful expos and fairs. The announcement of the new fair was made only one day before it opened on Saturday, December 14; but the expo will run all the way to Christmas Eve. There will be great sales on fall and winter shoes for men, women and children, as well as a runway fashion show on December 24. With 50 exhibitors in streets closed to vehicular traffic, and shows in the Concha Acustica every night, visiting this fair is a great way to add to your own experience of Christmas in Yucatan, as well as a wonderful day trip for visiting family, friends and guests.

Yucatan’s Orange Festival in Oxkutzcab is expanding and there is much more to see and do there every year. In 2012, they held the first Orange Race and it was a success. This year, they held the second race and there were 100 participating cyclists from Yucatan, Quintana Roo, Campeche and Belize. The Orange Race has now established itself as one of the best in the state. It is 80 km in length for the Elite, Master A category and 60 km in length for the rest of the categories. There are categories for everyone, including women and children. This race takes place at night, as one of the closing events of the Orange Festival, and is sponsored by the Club de Ciclismo del Sur. Keep an eye out for the announcement of 2014 Orange Festival dates for next year and the date of the 2014 Orange Race.

This week, MEL was pleased to introduce the newly installed members of their Board of Directors. Everyone is invited to come and meet at the next MEL Night on Friday, December 20, from 7:00 to 10:00 PM. These accomplished board members include Lewie Conner, MEL's treasurer since June 2012. Lewie is from New York City and she and her husband have been in Merida since 2009. Dan Karnes, the new MEL President, is a former trial lawyer from Chicago and New Orleans. Martha Lindley has been in Merida since 2007 when she moved here from Seattle. Deborah Moore moved to Merida from Florida where she owned an executive recruitment firm. And Deborah Thompson, formerly the superintendent of a school district in Michigan. Also, Evonne von Boeck, the Secretary, who has lived in Merida since 2007. She worked as a speech/language pathologist in the U.S. and also for the DOD in Panama, Turkey and Guantanamo. Welcome, everyone! 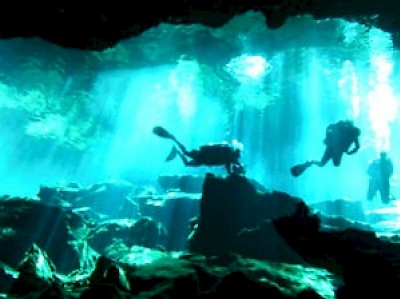 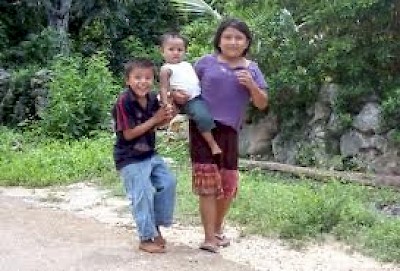 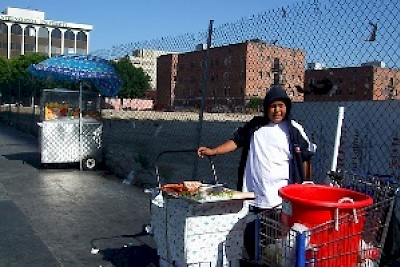 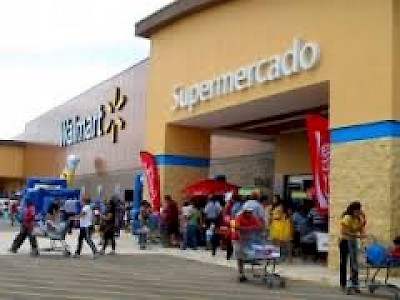 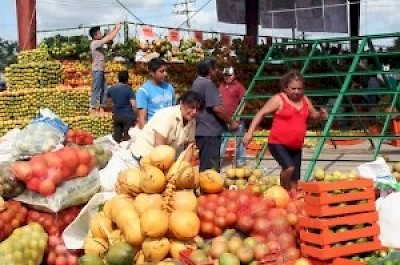