For those who are trying to keep up with all of the changes in administrations that are coming up, we thought you might be interested to know that, by law, the new Mayor of Merida must take office at least ten days before the new Governor of Yucatan is sworn in. This means that there will be a new mayor in Merida on or before next Monday, August 20. This will give outgoing acting mayor Angelica Araujo Lara and incoming elected mayor Renan Barrera Concha a full ten days to make the transition between administrations before the complex changes take place at the state level. Between now and the beginning of the new mayoral administration, a transition team of 40 people will be working hard to ensure that all goes well on September 1. If anyone experiences any inconveniences in the meantime, please be patient. Everyone is working as hard and as fast as they can.

Even though Ernesto never gained much power as a major hurricane, there was still a great deal of damage done to the economy of Yucatan. This is one of the busiest fishing seasons of the year, and fishermen were sidelined for days while ports remained closed throughout the entire length of the coast of the state. Ports in Quintana Roo, Yucatan, Campeche, Tabasco and southern Veracruz were all affected. With rain still falling and another storm on the way, it looks as if fishermen are going to have a difficult season this year. In the Southern Cone of Yucatan, Ernesto did cause some damage to crops and bee hives, but the damage was fairly localized and steps are being taken to get support for those producers. Overall, it is the fishermen who have taken the brunt of this particular weather event.

To say that prison has come a long way in Yucatan is quite the understatement these days. Thanks to Francisco Brito Herrera, Director of the Center for Social Reinsertion (Cereso) in Merida, Olympic fever has led to a new spirit of sportsmanship and perseverance among the inmates. When you hear that this is a New Age for Cereso of Merida, you can now think of at least 800 inmates who will soon return to society with a totally new outlook on life and their place in society. The Cereso sportsmen held competitions in 13 sports, and the winners were awarded medals. They also played a ceremonial pre-Columbian ballgame. Our congratulations to all of the inmates at Cereso and especially to Director Francisco Brito Herrera. Well done, Sir!

For many years, all of the contact Yucatan had with Cuba was through individual encounters with Cuban nationals living here, cultural exchanges of artists and the performance arts. Little by little, that has all changed and now trade between the State of Yucatan and the Republic of Cuba is up 120% this year. The most interesting thing about this relationship is not that Yucatan and Cuba are getting closer. Rather the most interesting thing is to see other countries wanting to either begin or increase trade with Yucatan because that will give them access to Cuba as well. For some time now, Yucatan has been easing into the position of being the gateway to the Caribbean for business and industry. Each of these economic advances makes this area stronger and more stable than ever.

It is amazing to see how genetic technology is being used to protect the quality of seed genetics around the world, and Yucatan’s Chile Habanero are no exception. Yucatan recently submitted eight different varieties of Chile Habanero grown here and six have been accepted to appear in the national Catalog of Plant varieties. All six received certification through the National Seed Inspection and Certification Service. The certainty of brand and quality result in a marriage between agricultural technology and industry that is worth millions to the state each year. There were a dozen companies waiting to come to Yucatan if they can be sure of working with certified seeds. It looks as if Yucatan’s Chile Habanero industry just took one giant leap forward! The next step is getting the Science and Technology Park fully functioning and the sky will be the only limit in more than a few industries in Yucatan.

Mozilla Mexico is a website we discovered after we received a notice that there was a Mozilla in Maya Marathon last Thursday in Merida! Once we got to their link to Mozilla Mexico, we discovered that Mozilla is working on a project to rescue hundreds of indigenous languages so that those who speak them can have access to the Internet and to the world at large. This is wonderful news. Not many know that there are several more indigenous languages spoken in Yucatan. We saw almost all of them listed on Mozilla Mexico as languages that have either already been rescued or are now in the process of being rescued. Just think of all the lives this will touch, all of the new digital classrooms it will make possible, and all of the new friendships and business relationships. Plus, we don’t know if most of our readers have ever heard the Mayan language or not. If not, we invite you to learn Maya basics online and enjoy a sing-a-long. UADY even has a Spanish to Maya, Maya to Spanish Dictionary! We can hardly wait to see how our Mayan-speaking friends like the new Internet pages in their own language!

If you know someone who has recently graduated from UADY, there are several graduate and post-graduate scholarships available to foreign universities for UADY graduates. These scholarships are in such nations as Spain, Austria, Italy and Japan. Some specify the specific area of study, but some are general and available for whatever interests the student. Applications for all of these scholarships have an expiration date; some as early as August 27 and September 5, so do make sure the deadlines aren’t missed. You can view the details of these scholarships on the UADY website.

Every once in a while, we report on this tree or that, now being grown in Yucatan for lumber, oil, or animal feed... and then we don’t hear much about it anymore. Instead, we hear all about the illegal lumber trade, which only seems to pass through our state by truck. Those are the bad guys who usually end up in jail and in the papers. However, we saw a little two line mention of the fact that members of the Cámara Nacional de la Industria Maderera (National Chamber of the Wood Industry), from around the country, recently met in Merida to discuss asking the Federal Government for additional support toward building a strong, legal industry in lumber. Yucatan is ready and already has a large number of trained foresters. The need for forests in Yucatan cannot be denied and we hope that the professionals in the wood industry in Mexico are successful beyond their dreams. They have earned their success and the planet deserves the relief of yet another healthy forest.

We know that quite a few of our readers are runners and that some of you ran in the Merida-to-Progreso Marathon (aka 2012 Marina Marathon) a few weeks ago. We thought you might like to know where your marathon fees ended up. The Yucatan Institute of Sports donated $30,000 pesos each to The Food Bank of Merida and to the Comprehensive Care Center for Homeless Minors (CAIMEDE), which is part of Yucatan’s DIF. It is important to know that IDEY and the runners who support these events are all interested and involved in meaningful community service to children and young people whose needs are often greater than other means can provide. Thank you all for being part of the solution. 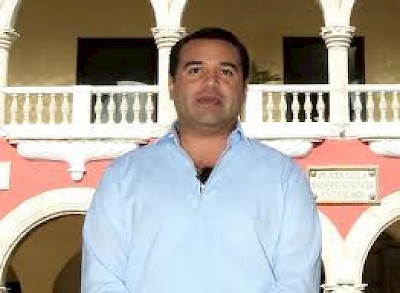 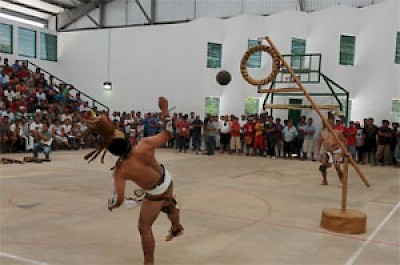 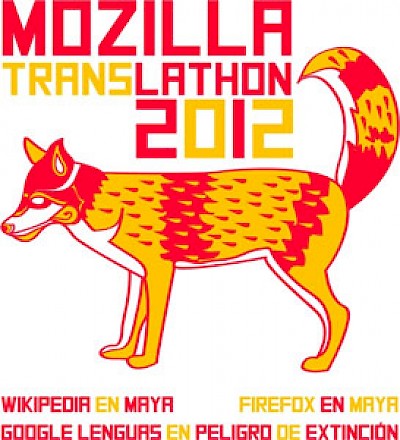 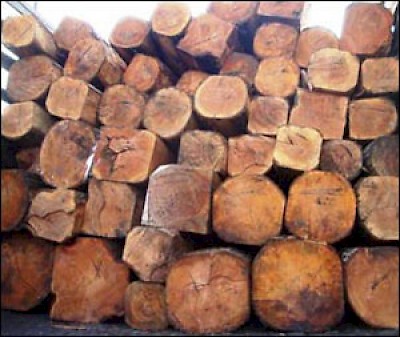