We are so pleased to be able to pass on the news that Planned Pethood International is ready to break ground on a brand new veterinary clinic in Chelem. They will be putting special emphasis on population control (i.e. Spay/neuter), disease transmission, and parasite control. They also hope to enlist a dog trainer to deal with training and behavioral issues for interested parties. They are going to enlist the help of the local government, humane organizations (AFAD, Evolution), local veterinarians, and the very active “beach community.” Their goal is to conduct one survey a year for at least 3 to 5 years to document how the health of the animals and attitude of the community is changing. The primary objectives of the Chelem Project are to: Test the hypothesis that humans are hardwired to care for and show compassion to companion animals, enhance the human-animal bond, enhance the health and welfare of companion animals and their caretakers and decrease the surplus while helping to maintain a healthier companion animal population. Yucatan Living would like to congratulate everyone and every organization involved in this effort. We can’t even imagine how many innocent dogs and cats, as well as their people, will be its beneficiaries.

On July 1, 2012, Mexico elected a new President. For those who do not know how these elections work, the President of Mexico is elected by direct popular universal suffrage. If the vote is close, or if the winner does not receive a majority of the votes, there will be no runoff election. Whichever candidate wins a simple plurality of the national vote is elected. In addition, Mexico has presidential term limits, so no President can remain in office past the end of his six-year term. This time, the people of Mexico have elected Enrique Peña Nieto, in a move that brought back the Institutional Revolutionary Party (PRI). The future is now in their hands and we wish President-elect Enrique Peña Nieto well.

Governor of Yucatan: Rolando Zapata Bello (PRI)
Mayor of Merida: Renán Barrera Concha (PAN)
Senate remains in the hands of PAN, where it has been since 2000.
Mayor of Progreso: Daniel Zacarias (PRI)

The opening statement, in Conde’ Nast Traveler’s July 2012 article about Merida says: "Merida In Bloom. The capital of Yucatan, Amy Wilentz discovers, is nothing less than Mexico's new capital of the good life - a quiet, harmonious haven of Mayan culture, magnificent mansions, and increasingly masterful food, art and design." The article is 13 pages in length, with plenty of beautiful photos, and even a map of Centro. The magazine is on newstands now and is also available via iPad and other tablet devices. There is an online link to the article at Merida in Bloom: The Food, Art, Design, and Mayan Culture of Merida, Mexico.

“No Pets in Cabin” Reversed in Mexico

Thanks to everyone who put the pressure on to have the “no pets in cabin” policy reversed in Mexico. The Minister of Tourism has heard your voices and the response is overwhelmingly positive. Revision of these policies are to begin this week and the revised policy will allow pets to fly in the cabin on both national and international flights. The new policy, they said, should be in place by September 2012, just in the nick of time for Snowbirds to return. Four days later, the new policy was not only revised, but posted on the SCT website. The new circular states that compliance is mandatory as soon as the airlines are notified. For a more indepth understanding of this issue, go to Jaltemba Bay Life.com and scroll down to July 21 – 25. In the meantime, remember that there is plenty of room for slips twixt the cup and the lip, so please do keep signing those petitions and keep the pressure on.

While the rest of the world goes about the business of business, researchers at UADY and UNAM are hard at work, making sure that Yucatan moves to the forefront of Mexico as one of the best states in which to conduct all manner of collaborative business ventures. In order to bring jobs to Yucatan, we must have an educated workforce and these academic researchers have just the plan to create that. Soon, there will be three new zones of higher education influence in the state. These are expected to be located at Hoctun, Peto and Dzidzantun. The new programs will be based on the production process in textiles, metal-mechanics and agriculture. Courses will be taught in industrial maintenance, animal production, community development, intercultural communication, as well as language, culture, and health. There has never been anything the world has asked of Yucatan that she has not had at the ready when opportunity came calling. Now, a diverse, well educated workforce will be ready and waiting for new business to arrive. From some of our news reports in the past year or so, we think we are safe in saying that opportunity is on its way!

As we understand it, the recent VivaAerobus $500 domestic ticket sale ran only from June 25 to July 1, but included flights from August 21 to October 31. From what we hear, the response was so great that it crashed their online ticket purchase system. Since summer is the low season for international tourism, this was part of a push to encourage domestic tourism. We suspect there will be more of these marvelous deals as the summer wears on. One year, some of the most expensive “all inclusive” resorts in Mexico ran specials in late summer that were astoundingly low. No matter where you want to go in Mexico, if you live here, or if you are already here and make your travel plans from within the country, Summer is your season to travel at costs so low that they hardly even need to become a budget item.

Yes – But Can They Cook?

There have been some goings-on out in the Tizimin and Valladolid areas lately that gave us pause for thought. It seems, with the advent of hurricane season, whole units of disaster preparedness military troops have moved into those areas and are setting up camp so they will be onsite and ready if disaster strikes. …and then they started moving in those military kitchens. You know the kind. They’re big metal trailers that can feed an astounding number of people per day. Well – those men are young soldiers. Can they cook? Someone else must have asked the question because the group in Valladolid invited all of the politicians and local officials over to sample their goods. From all accounts, Yes – they are very good cooks! Now, we can all rest easy and know that, if disaster does strike, the groceries will still be top of the line in eastern Yucatan!

What’s To Do After You See the Ruins?

We get all kinds of questions about living in Yucatan, many from sports fans, and especially now that expats seem to be getting younger all the time. What if you move to Yucatan and burn out on traveling to see the historical sites? Can you still find something fun to do? Believe it or not, we have everything here that you have back home, and sometimes even more! This week, we spent some time just playing on YouTube and found videos of a few things that you might not guess are even in Yucatan. Take a look at MotoCross,radio controlled model airplanes, and drag racing. There really is something for everyone in Yucatan!

Before We Go… Let’s Check the Weather

When people think of the possibility of moving to Yucatan, they usually think of moving to the tropics to avoid the punishing cold of where they currently reside. We would be willing to wager that few think of moving to the tropics to get away from the heat. Yet, today, when we looked at the weather in Yucatan… and then at the weather where a friend lives (St. Louis, MO), we were amazed at the difference in mid-afternoon temperatures. The temperature went to 102 degrees, with thunderstorms, in St. Louis today, and they expect 104 degrees later in the week. In Merida, in the middle of the afternoon, its 82 degrees and cloudy. Temperatures are expected to go up to 93 degrees, with short periods of rain, later in the week. Maybe those NOB folks who find high air conditioning bills too much of a burden might want to consider moving to the cooler climes of the tropics in the summer. We certainly recommend it! 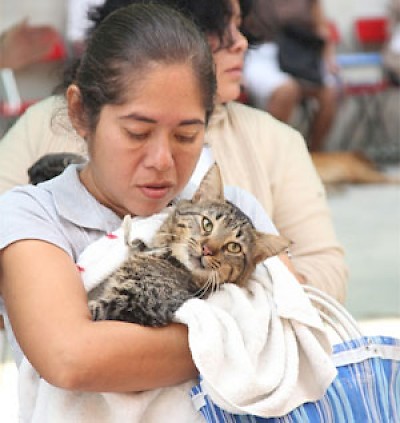 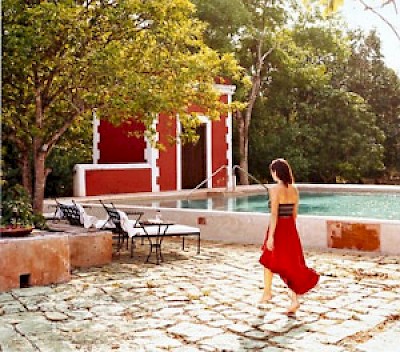 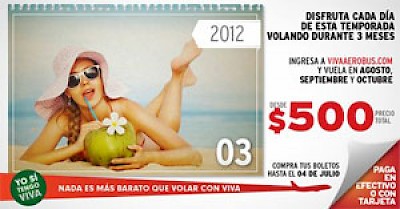 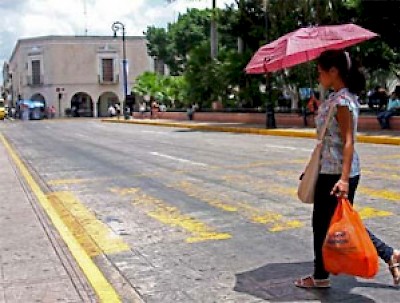