The upbeat song, Xiimbal Kaaj, has made a big splash worldwide and features the Yucatan's own Pat Boy and Yazmin Novelo. Once an anomaly, Mayan hip-hop is growing in popularity locally. Although they are singing in Mayan, the video includes English subtitles so we can follow along with the positive message of education and pride in our identity.

Entrepreneurs from Mexico and the United States came together to create the US-Mexico Economic Council and are meeting lawmakers in Washington, D.C.

Congressional representatives from Mexico, the U.S. and Canada also met with the Business Coordinating Council, which is based in Mexico but includes members from all three NAFTA member nations. Their goal is to update NAFTA and improve economic activity and job creation among the three nations.

Leadership for the task includes: Thomas J. Donohue, of America, Juan Pablo Castanon Castanon, of Mexico, and Perrin Beatty, of Canada. To read more about the men who have been tapped to defend NAFTA, read their biographies in Expansion magazine online in The 3 Entrepreneurs Who Will Guide The Renegotiation of NAFTA. From this article and others, one gets the distinct impression that the entrepreneurs of Mexico, the United States and Canada intend to work together for the economic good of the region in spite of current political rhetoric.

From the beginning of 2014 to the end of 2016, Profepa carried out 40 inspections of Holbox, resulting in 30 closures. Now, in the first half of 2017, Profepa has already begun the process of closing 36 tourism projects that violated laws within the Yum Balam Protected Nature Area.

Profepa was unable to stop these operations until they had gathered evidence to prosecute a crime. The delay resulted in damage to the protected area, which has prompted Profepa to open an office on Holbox to oversee the area’s restoration. Isla Holbox is a natural treasure and will be protected by Mexico.

Starting on Dec. 10, Aeromexico will launch daily non-stop service from Atlanta, a response to Yucatán Tourism’s new Air Service Development Strategy, a long-term growth plan to develop Yucatán as one of the top destinations for international travelers by creating easier access."

Members of the National Chamber of Commerce, Services and Tourism of Merida and the Secretariat of Economic Development participated at the Hemispheric Congress organized by the Latin Chamber of Commerce in Miami. A dozen companies from Yucatan were there, along with Chamber of Commerce representatives from 29 nations. This is the first time that Mexico has had trade discussions with some of these nations and a great deal of time was spent making contacts with representatives who are interested in purchasing products from the Yucatan.

Young people between the ages of 18 and 29 make up 33% of the Yucatan’s population and 40% of the economically active population. Because of this, the State of Yucatan prioritizes education and financial literacy. The state’s Impulso Program was created by the State Youth Secretariat and funded with an initial 3.5 million pesos. Young entrepreneurs will be given an opportunity to receive up to 75,000 pesos to build their own businesses. Recipients will be announced on August 28, which is “Youth Month” in Yucatan. The young entrepreneurs will also be placed with more experienced mentors for guidance. This level of support has been developing in Yucatan for decades, which is the reason the state’s youth tend to become successful adults.

Natural Peninsular Energy, a subsidiary of Engie, a French company, and Virtual Pipelines Mexico (VPM), opened for business in Uman, with an initial investment of 25 billion dollars. While their primary purpose is to produce natural gas for companies that are not connected to the natural gas network, they will also service natural gas powered vehicles like taxis and busses. The plant can produce 110,000 cubic meters per day at a price that is 50% lower than conventional fuels with 85% less carbon emission. Over the next two years, they will build 14 more natural gas stations; six of them in Merida.

On June 7, Yucatan celebrated “Freedom of Expression Day” by awarding the Oswaldo Baqueiro Lopez Cultural Journalism medal to Ivy May Dzib and the Spectacles 2017 medal to Teresa Chan Pool. They each received an official certificate, a trophy and 10,000 pesos.

We wish congratulations to all participants in this year’s “Freedom of Expression Day” in Yucatan. The Yucatan is proud to be a state that encourages honest journalism to flourish.

Cleaning and Reforestation of Yalahau Lagoon

On World Environment Day, the Yalahau Lagoon was cleaned and 200 trees were planted. They still have 800 trees left to plant but the lagoon is clean and local groups of students, teachers, municipal personnel and ejidatarios are committed to keeping their lagoon in pristine condition. The students got a big surprise when it was discovered that crocodiles are living in the lagoon. As long as those crocodiles are there, there probably won’t be any relaxing swims going on, but it is only 48 km (30 mi) from Merida, so a deal might be struck between crocodiles and boaters.

Merida is ready with shelters for up to 7,000 people, additional mattresses, tools, cleaning supplies and a fund of four million pesos to begin operations at any time. In addition, rapid response units from all public works agencies are ready to meet any emergency. Twenty of the 68 shelters are in the City of Merida; the other 48 are in other towns of the municipality.

If you are in an outlying town or village, check with local schools, clinics, municipal buildings and churches to find your local shelter. There are at least 8 tropical storms predicted for our area this year with four strong hurricanes and two intense hurricanes. These storms are nothing to run from, but need to be taken seriously. Please consider arrangements ahead of time for pets and neighbors who might have difficulty getting to safety. Once you are ready for the worst, the rest of the summer is yours to enjoy.

The ecological artist Alan Vazquez is the creator of this mega mural; part of the Fifth Caribbean Oceans Festival organized by Deplhinus. Two years ago, this company was accredited by SEMARNAT as, “A Space Committed to Environmental Education through its administration, infrastructure, educational programs, environmental care and social contribution.” 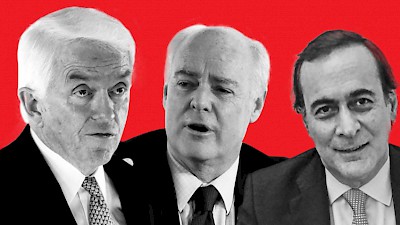 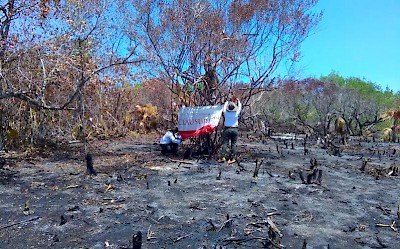 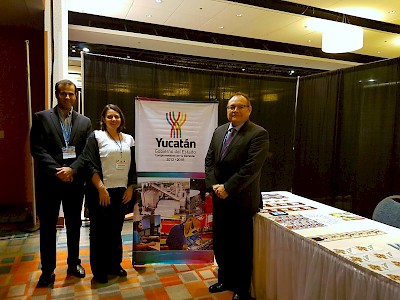 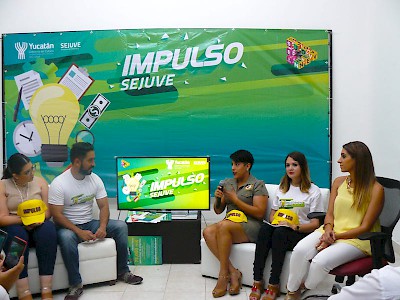 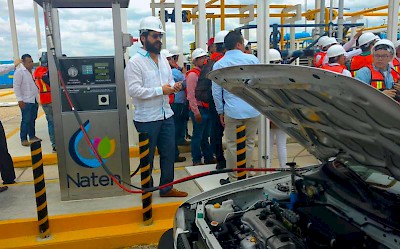 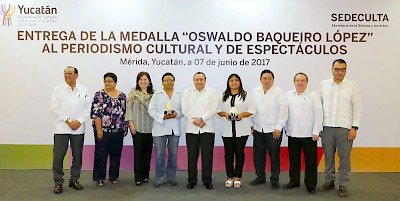 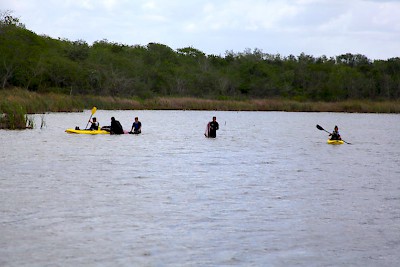 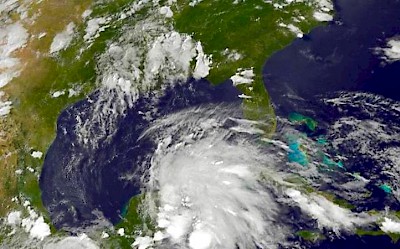 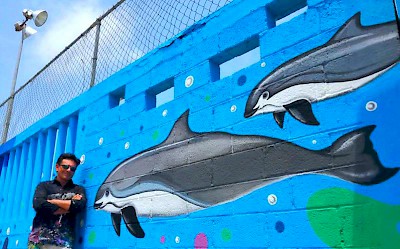