All of Merida is Changing

As Merida prospers, so does the quality of life for many of its citizens who have historically been marginalized. This is especially true in that much of Merida has grown by annexing small villiages around its perimeter. That is all changing now. There is a new project, already underway, that is bringing water, electricity, storm drains, paved streets and, in some cases, home improvement to outlying neighborhoods in the southern part of the city. This is great news and shows that Merida is on its way to providing the best quality of life for everyone.

The characteristics of a culture often change only with decades of time, hard work and education. In 2003, the first sterilization clinic came to Progreso and two animals were sterilized. The next year, that number rose to 20, then 30, and last year, in the fourth sterilization clinic, 750 pets were sterilized. This year, by popular demand, it is expected that, when the final tally is in, upward of 950 dogs and cats will have been spayed or neutered in the Municipality of Progreso alone. The program is supported by the Municipality, by the expat community, by the veterinary students of UADY, by AFAD and by a growing group of foreign veterinarians. The most satisfying things we hear in the local media coverage are that spaying and neutering animals helps both the animals and the quality of life for the people, that it is the right thing to do, and that the people of the Municipality of Progreso now see a pressing need for the passage of animal abuse laws. This has been a long time coming and is the result of a great deal of work by everyone involved and they all deserve to be praised for the better world they are committed to building for people and pets in Yucatan.

When all of the numbers were in, Progreso exceeded its goal for the numbers of animals to be spayed or neutered this year. In fact, the event exceeded the number of pets sterilized last year by 33% and exceeded the goal for this year by 150 total pets. All 20 veterinarians and vet students said they will be happy to come back next year if they are invited. Many thanks to the expats who provided lodging and to everyone who provided for every need from food to supplies.

Throughout the state, temperatures ranging from 50 ºF down to near freezing are making life extremely difficult for the poor in Yucatan. In the southern cone, the Winter Phase of the School Welfare program has already passed out over 2,200 coats to children. This weather is especially difficult for families who still live in bamboo homes that have palapa roofs. Well above freezing nights might not seems so bad to us, but imagine a new baby or someone’s great-grandmother trying to get through a long, windy night at 40 ºF with the wind blowing through the house. If there are any programs aimed at helping the poor survive the cold weather in your area of Yucatan, please let us know and we will be happy to post your project or program all of our websites.

Antonio Leon Romero is the leader of an altruistic group known as Helping Hand. He is also disabled, but never lets that stop him from meeting a need. This year, his project is to raise the money necessary to provide adapted motor-bikes to 15 disabled individuals. It is only January and he has already raised 50% of the money necessary and has even been instrumental in getting a green light from the authorities in Hunucma for people with adapted motor-bikes to operate as motor-taxis. Antonio Leon Romero is an inspiration to all of us and a hero in every sense of the word.

Sixteen million pesos,m the donation of the former Hacienda Oxman and a huge interest in sports is transforming Valladolid into a major sports center for the entire Yucatan Peninsula. Soon, Valladolid will have a sports complex suitable for professional baseball and soccer teams, as well as the infrastructure necessary to serve them. The sports centers will also have programs for children, teens and adults. They will have spaces for beginners, for talent identification, and training facilities for those who are considered to be high performance athletes. The baseball field will meet all professional requirements, with booths for players, bathrooms for athletes, public baths for both men and women, enough stands to seat up to 3,000 spectators, and a parking area. The baseball field already has electricity and all they are waiting for now is for the sod grass to grow. At the soccer field, dirt work, grading topsoil, and planting natural grass are also underway. Next will come irrigation systems, metal goalposts, and multiple use areas. Included in that phase will be a sunken park that will support activities such as storytelling, environmental education, recycling, citizenship building, chess, basketball, and the prevention of bullying. All of the activities in this last area will emphasize gender equality. As each section of the sports and culture complex is completed, many of the activities will spill over into surrounding neighborhoods. These activities will include running and walking tracks, as well as additional basketball courts. In one fracctionamiento, there will even be a sports court fitted with side panels that can be put in place so it can be used as an indoor court. All in all, Valladolid is now growing into the place to be if you are a sports fan in Yucatan.

This from UADY: With support from universities, international agencies and a Mexican foundation, a group of experts from the Hideyo Noguchi Center for Regional Research ( CIR ) at the Autonomous University of Yucatan (UADY ) work to develop, in a period of between seven and ten years, a vaccine against Chagas disease, "said Jorge Zavala Castro , director of CIR. ... For the development of the vaccine UADY has the support of Tulane University and the Slim Foundation, who also supports the building of a Vaccine Experimentation Unit. Chargas is one of a group of five infectious diseases that have been categorized as neglected. Victims are usually struck between ages 20 and 40. The disease, caused by the parasite Trypanosoma cruzi, which is transmitted to animals and people by insect vectors and is found only in the Americas, causes heart damage and effectively ends the working life of the victim, leaving the family with little or no income and dependant on public services. Since this disease strikes mostly in rural areas of Latin America, UADY is uniquely located as a center for developing and testing a vaccine. The first stage is complete and it is time for testing to begin. Everyone will be watching as UADY moves ahead in distinguishing itself, yet again, on the world stage of research.

Several years ago, a cruise ship came to Yucatan with a ship full of millionaires. This time, what was termed a luxury yacht came to Progreso with 140 wealthy Europeans. According to those who were there, many of the wealthy tourists never left the beach along the Malecon and spent most of their time online with various mobile connection. However, they still managed to spend an average of $10,000 pesos each with local restaurants and various artisans. This was an interesting experience for everyone who was there that day.

Mexico's Financial Star on the Rise

For several years, Brazil has had the brightest financial star in the Latin sky. Unfortunately, their shine was based on extremely close ties with just one country, China, and the preparations for the World Cup. Now, with a slowing economy in China and most of the pre-World Cup construction completed, Brazil's economy is only expanding at about 1% per year. Mexico, on the other hand, has been working hard to implement financial reforms and will enjoy an economic expansion of about 4% this year. As we watch other developing nations pin their financial futures on only one or two large projects, Mexico goes about the business of making the nation a great place to live and work by strongly supporting education, healthcare, and infrastructure. These are all projects that are ongoing and sure to continue to keep Mexico's financial star on the rise for many years to come.

An Interesting Investment in Mexico

Sometimes, we see statistics that can't help but bring us a smile. This is one that never occurs to most people, but it is happening right now in Mexico. Just over a century ago, sisal was to shipping as "what" is to transportation today? The answer is "tires." According to TechSci Research and Canada's Tire Business Magazine, the value of the Mexican tire market is expected to hit $8 billion by 2018. Tire market revenues grew nearly 19 percent annually from 2009-12 as sales of both passenger cars and heavy commercial vehicles grew at double-digit rates. Mexico has one of the world’s largest bus and truck fleets, which also drives demand for tires. Other reasons TechSci cites for Mexico’s growth potential are the country’s participation in 234 bilateral trade agreements, including a dozen Free Trade Agreements with 44 countries and 122 multilateral agreements, including NAFTA. As Mexico has FTAs with various countries around the world, it has become the most preferred destination for the production of automobiles and its components, in order to cater to the demand of neighboring countries.

What would Mexico be without the volcho? 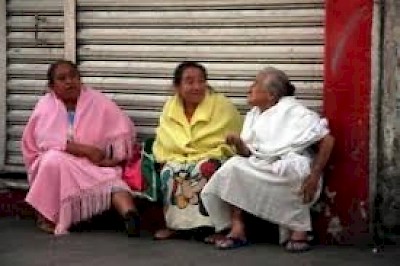 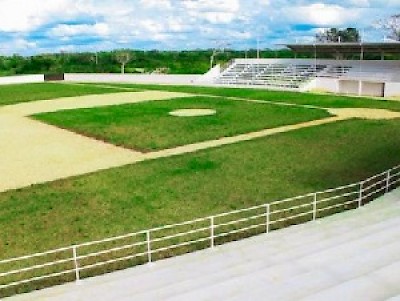 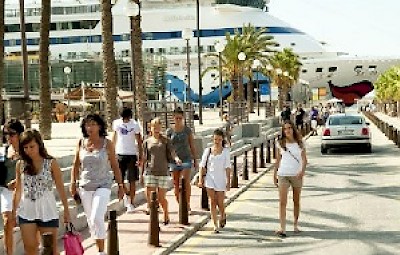 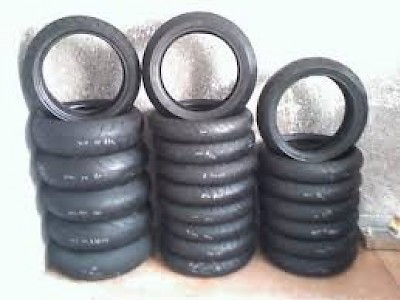