The Yucatan's only English-language Rotary Club is in Playa del Carmen, and boy, are they busy! On October 26, 2013, Rotary Club of Playa del Carmen Seaside will host their first annual Charity Golf Tournament, The Rotary Seaside Classic, at the Grand Coral Golf Course. But that is just the latest in a slew of activities they have put on to benefit various local charities. In its short existence, "Seaside" (as they call themselves) has partnered with and supported KKiS - Keeping Kids in School, Casa Yoliguani, a facility for young unwed mothers and mothers-to-be, and Christmas Dreams, an organization that provides Christmas gifts for children who would otherwise do without. The club has also worked together with the local Municipal government to spruce up a local park and recreation space. “While our countries of origin may differ, our common bond is a desire to "give back" to the community we've chosen to call home,” explained Seaside Rotary Club President Doug Morgan. “The Rotary Club of Playa del Carmen Seaside is all about helping kids. The proceeds from the Charity Golf Tournament will help us to improve the lives of many local children.” For further information and to register as a player, visit the event website www.seasiderotarygolfclassic.com.

A recent class taught by two Spanish experts, under the auspices of the office of the International Training Centre of Officers and Leaders (CIFAL) of Merida United Nations Organization (UN), which belongs to the United Nations Institute for Training and Research (UNITAR), the Airport Group Southeast (ASUR) and the Ministry of Tourism and Promotion (SEFOTUR), praised the efforts that Yucatan has been making recently in tourism. The workshop was taught by two experts from Spain, Lucas Armando Rivero Hurtado and Juan Francisco Dominguez, on the grounds of the Manuel Rejon International Airport to 30 tourism professionals. The Spanish teachers praised the work that Yucatan has done and the improvements over the last 20 years in promoting Yucatan throughout the world.

A group of gymnasts from Yucatan who train in Mexico City recently returned from the World Gymnastics Championships in Russia, where they placed 25th. Sosa Estefany Alvarado, G. Ommbunsen Cossette Canton and Maria Eugenia Nava del Rio spent time in Russia, participated in a gymnastics camp in Ukraine, and were the third team in the Americas in the competition, following the United States and Brazil. The girls were allowed a brief stay at home in Yucatan, and then went back to Mexico City to continue their training. Good work, girls!

The president of Mexico has recently announced new economic reforms designed to relieve the pressure put on Pemex to support Mexico. Currently, one-third of Mexico's income comes from Pemex. The new reforms include taxes on a variety of things previously untaxed, some of which are sure to affect expatriates living in Mexico. One of the most controversial taxes is the application of IVA to pet food, which will affect pet owners throughout Mexico. Another tax which will certainly affect expatriates is the application of 16% IVA to both the sale of a home and to rental income. Additional taxes sure to create enemies are taxes on private school education, jewelry and concerts... all luxury items as far as the government is concerned. You can read an opinion piece in Bloomberg about the proposed reforms here.

Did you know that Merida has a literary magazine... in English? 'In Other Words' is published roughly every two months by expatriate Cher Bibler, with help from Julie Stewart and others. This recent edition features a translation of a Spanish-language play on the subject of bullying and suicide in Mexico, poems by Roldan Peniche Barerra (said to be considered Yucatan's greatest living poet...), as well as poetry, short stories and artwork by other locals. You can read 'In Other Words' online by clicking here. Enjoy!

So you've been to a few of the renovated haciendas. You've stayed in a suite perhaps, luxuriating in your private plunge pool and a huge bedroom with 18 foot ceilings and a swimming-pool size bathtub made of stone. But apparently that is not enough luxury... now there is a new hotel on the Yucatan Peninsula that promises to be the ultimate in luxury. The new NIZUC Resort was "formerly a private retreat for Mexico’s president", according to the press release, though it does not say WHICH president. NIZUC Resort boasts "open, airy spaces, clean lines, and tranquil reflecting pools" and "the distinctive atmosphere of a home with an attentive staff, chic yet comfortable furnishings, and a seamless design that looks natural and never forced." The resort also features a kid's camp, multiple restaurants including ones with Peruvian and Mediterranean cuisines, a 30,000 square foot spa that provides hydro, gem and sound therapies as well as more traditional yoga and Pilates. Interested? There is even a film on the website produced by the same people that brought you the movies 21 Grams and Babel. Enjoy the experience online here! 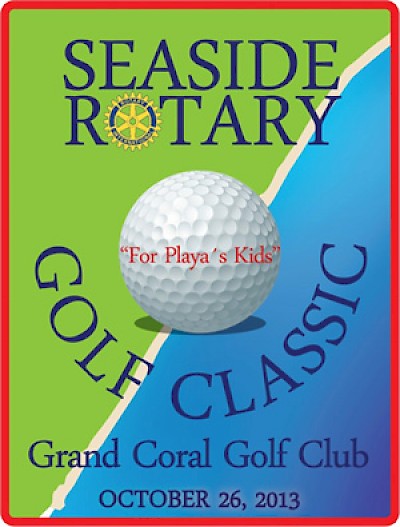 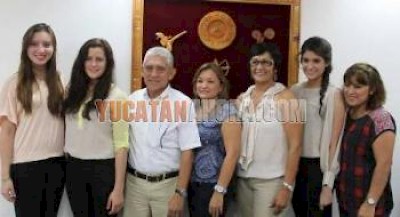 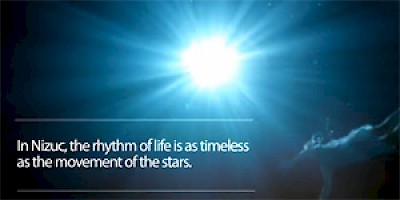