Who would have guessed that the largest fish hatchery in Latin America would be in Hunucma, Yucatan? But the latest news is that a family business, located on only eight hectares in the Municipality of Hunucma, is now the largest exporter of ornamental aquatic plants in all of Latin America. The farm has 600 ponds and produces 180 different species, including four types of ornamental shrimp and snails. It produces 12 million animals a year for the foreign and domestic markets and, beginning this year, will produce six million angelfish. The best part of this is that the family has a sense of social responsibility and, this year, will donate 100,000 animals of reproductive age for protected areas in the state. The main export markets include Georgia, Belize, the United States, Germany, Singapore, and soon will move into Chile, Costa Rica, Panama and Peru, as well as remaining the number one supplier of aquarium plants and animals to customers in Mexico. They recently also entered the export market of fish food and tilapia, so look for even greater things to come from Latin America’s largest fish hatchery and producer of ornamental aquatic plants.

Tours of the Cathedral Begin in English

The tour includes the choir loft, the north belltower, parts of the roof and more! This news is very exciting because these spaces were previously off limits. We often forget that we live with the second oldest Cathedral in the New World, the Cathedral of San Ildefonso. Merida’s cathedral is built on top of the Mayan city of T’ho. Many of the stones used in the construction of the cathedral and other old structures in Merida were taken from the temples of this ancient city. Some of us pass the Cathedral every day and hardly take notice of it anymore. These tours will be a way for English speakers to learn more about the Cathedral and better appreciate its role in the history of Yucatan.
Time: The tour in English is on Saturdays at 10:00 AM. The tour in Spanish is on Saturdays at 4:00 PM.
Admission: $50 pesos per person with tickets available inside the main doors of the Cathedral.

Heat: Gastrointestinal Problems On the Rise

UADY’s colleges of Medicine and Nutrition are warning that extreme heat and drought have the potential to drive gastrointestinal problems up by as much as 25% this year. This creates a significant danger for children and for the elderly. Experts still agree that eating food purchased from street vendors is not a good idea, but those warnings tend to go unheeded when its simply too hot to cook at home. In that case, experts strongly suggest the importance of avoiding places of questionable hygiene. Since this is a public health issue, officials and academics from the UADY College of Medicine are currently designing a project to train staff members who prepare food in soup kitchens, restaurants and hotels. In the meantime, the faculty and students in UADY’s Nutrition Department will work with elementary school students, and sometimes with their mothers as well, to give them support and guidance about diet. For all of us, please be extra careful with food, in or out of your kitchen, as long as the temperature remains high.

When the Bici-Ruta first began, it was just an idea that families might like to ride bikes and take part in activities along the way through the closed-to-traffic streets of Centro in Merida. In a very few years, this idea has not only grown into multiple routes, but has spread to other parts of the state as well. Now, Merida has a new Bici-Ruta route, through Las Americas, and it’s on Saturdays! As with all the other Bici-Ruta routes, there is a map and a weekly updated list of activities at each stop on the Bici-Ruta website. The Bici-Ruta is listed in Yucatan Living’s Ongoing Events, but it is important that this expansion news is brought to new and potential expats. Tourist attractions are important, but these sorts of events are part of daily living in Yucatan and we hope everyone will take part and enjoy what our adopted home has to offer.

The national phase of Mexico’s Chemistry Olympics is over and Yucatan’s college level participants scored a gold, two silver, and a bronze medal. Two high school students placed in the preset and great things are expected from them in the very near future. Eusebio Raúl Uc Santos, the gold medal winner, is now one of the top 15 best in the country. One more competition gives him a chance to be one of the four Mexican chemistry contestants to travel to the International Olympics in Vietnam in June. Yucatan has been producing this level of chemistry students since 2000 and many of them go on to stellar careers in biotechnology, a field that is just now coming into its own. We can’t help but look ahead to the wonderful futures that await these young people in exchange for all of their hard work and dedication. Congratulations to them and to their families, as well as to their teachers.

The value of entrepreneurs is beyond measure to any economy and Yucatan understood that a very long time ago. One of the most impressive things about this state is its willingness to teach and support young people who have a dream and are willing to work to make that dream come true. When Mexico came on board and recognized the value of supporting young entrepreneurs, the universities and young people of Yucatan were off to the races and halfway around the track by the time the first announcement hit the papers. Today, UADY works with the State Secretary for Youth (SEJUVE), and with the Organization of American States (OAS) through its Young American Business Trust (YABT). This year, they will hold the 3rd Training Workshop for Young Entrepreneurs between April 21 and 27, 2014. Sixty young entrepreneurs will separate into teams to create production projects. From those, the best will be selected and will receive support of up to $50,000 pesos. The project has actually already been of benefit to other groups of students who want to be entrepreneurs as well because there has already been a program that trained coaches for this formal group of 60. As the coaches went through their training, they each coached 60 young entrepreneurs, so there are a whole lot of young people out there, all across the state, with new skills and new knowledge that can only bode well for the future economy of the State of Yucatan. Our congratulations to everyone who participated in this program!

We often don’t give our local leaders as much recognition as they deserve and such is the case with Lidia Saleh Angulo, President of AFAD (Albergue Franciscano del Animal Desprotegido). When AFAD first began, Lidia was determined that education is the key to the better treatment of both animals and people, and she set about to bring this concept to the schools of Yucatan. The first five years of AFAD were spent in planning and development of educational programs. Then, 10 years ago, the shelter was opened. While many work to improve the lot of women and children, Lidia continues to speak for those who have no voice to speak for themselves – the dogs and cats of Yucatan. The Working Gringos have personally known and worked with Lidia for years, and can attest to her integrity, her dedication and her tireless campaigning on behalf of the animals. There is a very nice article about Lidia in Milenio this week and we know that everyone will enjoy reading it. And we too applaud Lidia Saleh and her AFAD animal shelter for their contribution to life in the Yucatan.

Cultural and Economic Ties Between Yucatan and Cuba

The State of Yucatan and Cuba have always had a reverence for each other that is evident in every encounter. Now, the second Yucatan-Cuba Trade Mission has solidified that relationship and the two are moving on with new definitions and projects that include both cultural and economic projects. Trade between the two is

focused on construction, food, textiles, plastic derivatives, flour, fruit juices, and various machines and supplies. The two governments are working together, as are the Chambers of Commerce. Everyone is more than well pleased to hear this news and can hardly wait to see what some of the cultural exchanges will add to the experience of living in Yucatan.

There is currently a law before the State Legislature in Yucatan to keep circuses with animal acts out of the State of Yucatan. This comes on the heels of the horrific abuse that was found among the circus animals in a recent event. Centenario Zoo has the animals now and they are receiving appropriate treatment. In one case, Bioparque de Convivencia de Pachuca has offered to fit the black bear with a titanium prosthesis so he can recover some function of the now missing leg. Sometimes, it seems to take Profepa a long time to act but, when they do, they do so with swift justice and move mountains to make things right. Many thanks to the Centenario Zoo in Merida, to Profepa, and to the rescue and rehabilitation units of Bioparque de Convivencia de Pachuca for all they do for the wildlife and exotic animals that have been harmed by humans. 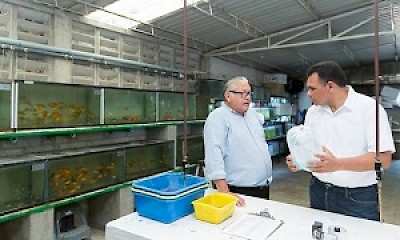 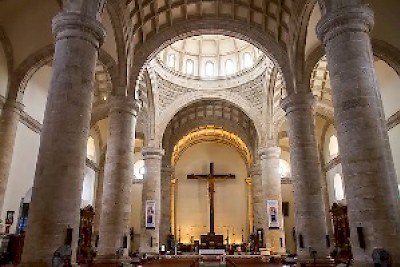 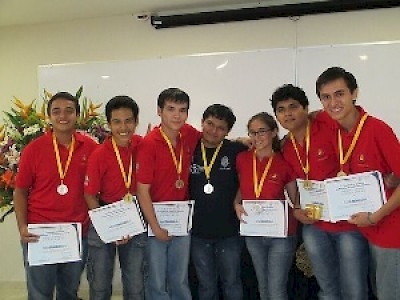 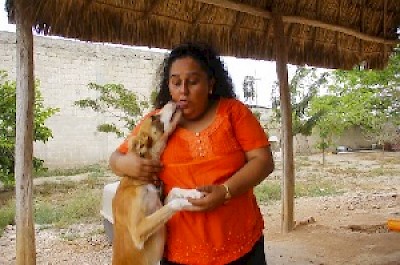