For years, the Mayan community has won a huge array of human rights and justice issues; but now we discover that most of them had never been codified as law in the State Constitution. Well, those days are over. We now have specific laws against human rights violations against Mayan women, including gender discrimination and gender violence. Men have been given, by law, a day off work for prostate cancer screening and everyone now gets eight days parental leave when there is a new baby. The best part is that we now have new laws concerning the rescue, conservation, and learning of the Mayan language. Many teachers have been teaching the Mayan language for some time now, but now it will be formalized through the Department of Education.

We had heartbreaking news from the coast this week. It seems that, with Dia de los Muertos coming so soon, someone is poisoning street dogs. Just about the time that hopeless, helpless feeling gripped our hearts, the pictures of the young people of Sanado Patitas hit the news and, somehow, all was better again. Sanando Patitas is a civil association that was founded on October 20, 2014, and is one of the nine associations that will run in the third Carrera Megamedia, with Causa Orange, which supports the protection of animals. Sanado Patitas is a full service rescue, spay/neuter and rehoming association, complete with GAIA Dog Training before final adoption. The association is represented by Ana María Duarte Ancona, Alejandra Capetillo Morales and Yasmin León Anton, in Merida, and Stephanie Leonard, in the United States.

They are completely supported by donations and the sale of dog-related products. You can search for Sanando Patitas on Facebook and Instagram, or e-mail them at: sanandopatitas@hotmail.com for more information on their November 19 Carrera Megamedia event.

In the meantime, we hope you will watch and enjoy their video on YouTube. The satisfaction of these young people comes from seeing happy dogs they have rescued and placed in new homes. The satisfaction of Yucatan’s older animal lovers (local and foreign) is that this new generation actually exists. There are no words to tell you how proud we are of these young people.

Video of musicians from the Royal Canadian Mounted Police in Merida

No. You were not seeing things. That really was one of the musical units of the Royal Canadian Mounted Police and they really were playing in Merida’s Plaza Grande at the International Maya Festival known as FicMaya. Canada is the guest country this year, so expect much more from them throughout the entire FICMaya. Many thanks to FicMaya for inviting Canada this year. Our Canadian Snowbirds have just arrived and are probably very happy to know they will not be flying back north until Spring.

The thing we have to remember is that the Yucatan Peninsula is a limestone shelf that is subject to being rather easily broken. When that happens, either we get a brand new cenote, or a huge hole that is a danger to life and limb for the people in the area. The rash of earthquakes over the last month have given the peninsula quite a shake, and left behind, it seems, a number of cracks and caved in spots. The only way to find them is to have civil engineers examine the suspected areas, especially roads, with specialized equipment. If a flaw is found, then caves can be filled and cenotes can be managed. This has happened at least four times recently. So far, no one has been hurt, but please remain vigilant as you travel through the interior of the state. 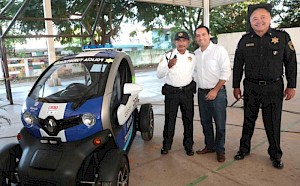 This past week, the Municipal Police of the City of Merida took delivery of two new electric cars to add to the four they received in February. There is no problem keeping them charged because, at the time they received the first four electric cars, they also got free charging stations.

Vehicles aren’t the only good things the police have received lately. The Mayor of Merida has changed their schedules so they work 12-on and 24-off, which gives them more time with their families. They also have a new gym with the latest equipment, trainers, and nutritionists. Add pay increases of between 5% and 20% and you have a quality of life for Merida’s policemen that is decidedly not common in other parts of the country. The police in Merida, by and large, have been very nice to expats and we are thrilled to hear that their lives are rapidly improving.

The U.S. had first place sewed up, and Japan was good enough for a medal as well. That meant that Yucatan’s Abigail Valdez Andrade was Mexico’s only hope to win a medal in fencing at the World Cup in San Jose, Costa Rica. She is considered one of the best fencers in the world today and brings silver home to Mexico and Yucatan. Congratulations to Abigail, her family and her coaches for a job well done!

Merida is growing rapidly, but have you ever stopped to wonder where all of those new people are coming from? According to the 2017 Yearbook of Migration and Remittances, Yucatan is the third most popular destination for foreign migration, with Chiapas and Quintana Roo coming in first and second. The numbers are amazingly different. Chiapas’ immigration handled over 81,000 people, while only 249 people actually formalized their move to Yucatan. Most domestic migrants come to Yucatan from Mexico City, Campeche, Quintana Roo, Tabasco and Veracruz, in that order. The foreign population is made up of just over 3,200 Americans, with another 1,500 who have either a Mexican mother or father. The remaining 5,500 are from Cuba, Guatemala, Canada, Italy and Colombia.

Merida has grown to the point where it is about to consume the municipalities of Uman, Conkal, and Kanasin, with continued growth between Merida and Progreso. There are actually plans in the works right now to build between 5,000 and 7,000 high end, luxury homes. However, urban sprawl is causing pockets of overlooked current housing, called urban voids. These can be remodeled and sold, much in the same way that Centro has been reclaimed. These will be larger homes than can currently be financially practical to build from scratch. We even know two families that purchased two of the smaller homes, side-by-side, knocked down the fence between and made one big house for themselves, with plenty of parking. There are all sorts of creative things people can do with overlooked areas of a large city, so we can expect several years of amazing projects, both new and old, to be coming our way soon. 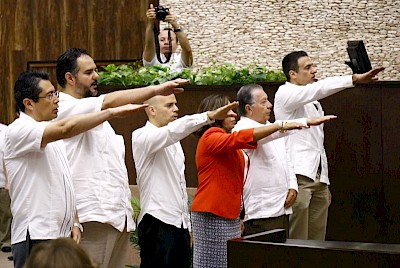 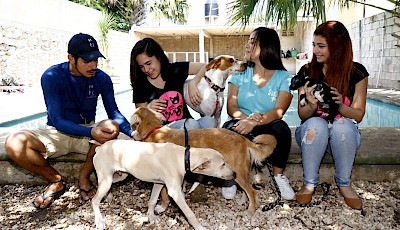 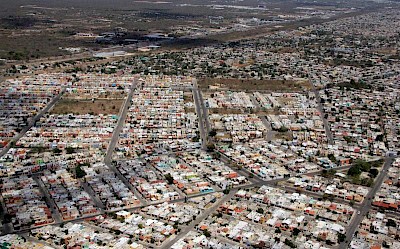 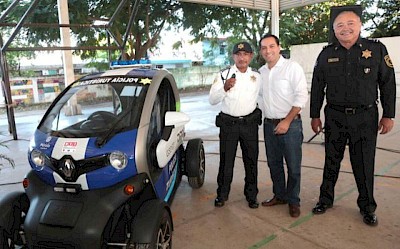 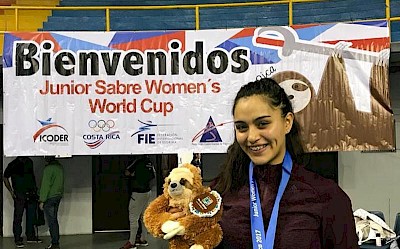 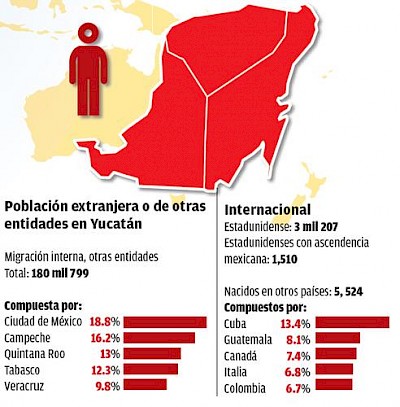 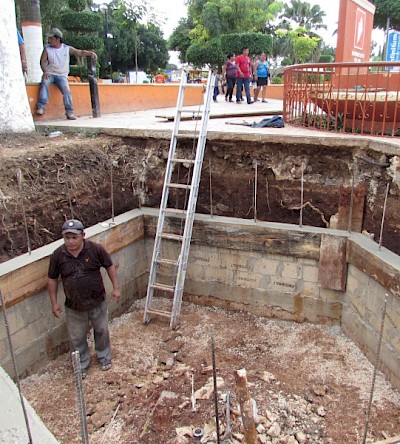 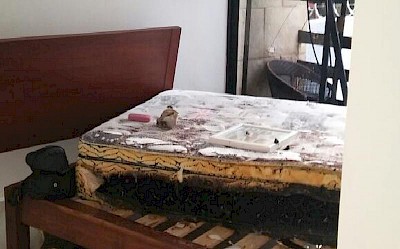