The initial news concerning this work was that Paseo Montejo would be closed during this time and all traffic will be rerouted. Such proved not to be the case. Instead, the street will be repaved in sections and only one side of the street at a time. This will keep traffic on Paseo Montejo moving, but please drive slowly and extra carefully during these 47 days. The area affected will be from Calle 46 to 21 Prolongación Montejo.

Route of Carnival to Change?

If you are planning to attend Carnival in Merida in 2014, please keep an eye on the news throughout the month of September. Carnival has grown so large that the safety of the crowds is now an issue. Throughout this month, meetings will be held to determine what kind of infrastructure will be needed if the route is left as it is or if it is changed. Many of our readers rent seats and boxes to watch the parades, so now is the time to keep an eye on the news so you will know exactly where all of the parade routes are being sent this year.

Expats and visitors can look forward to having a much easier time communicating their emergencies in Yucatan from now on. The Tourist police just graduated 25 officers who now speak English and French. More, including seven paramedics, are in training to speak English, French, Italian, German, and even Mandarin Chinese. For those who hesitate to come to Yucatan and take a look for yourself, rest assured that assistance will be available to you in case of automotive or medical emergency. For the officers who just graduated: Congratulations on a job well done and… We love your new uniforms!

Merida has a Municipal Water System. JAPAY, Yucatan State's Board of Water and Sewer Planning, has always been in charge of providing water for the remainder of the Municipality of Merida. As Merida has grown and annexed smaller towns and villages, JAPAY has continued to provide them with water services. This is a problem when Merida attempts to gain funding for projects that are now actually inside the city, but the right of way belongs to JAPAY. Since the two agencies are not coordinated in their service efforts, it has been announced that the Municipal Water System of Merida will take over all water services within the Municipality of Merida beginning sometime in 2014. This will bring efficiency, with respect to revenues and expenditures, to both the Municipal Water System and to JAPAY.

Dragon Mart Not a Threat to Yucatan’s Economy

Amid growing concerns that Quintana Roo’s Dragon Mart will seriously cut into the economy of Yucatan by selling cheap Chinese-made goods on the open retail market, economic sector administrators have now made it official that anytime merchandise from Dragon Mart appears in a retail setting, all of the proper tariffs will have been paid. Dragon Mart continues to insist that their retail showroom will be on their own property, but the growing number of Chinese in Yucatan led to fears that these new residents may be connected with Dragon Mart and could somehow be a threat to Yucatan’s economy. The members of Yucatan’s Chinese community are engaged in a wide variety of businesses and we hope that they will pose no threat to local entrepreneurs. One of the best loved characteristics of Yucatan is its true melting-pot quality. This has always been part of the charm and success of the entire state, and we hope that continues.

Before we leave the topic of Dragon Mart, it may be advantageous to take a look at the latest news about a proposed Nicaraguan Canal that is soon to be built by a Chinese company. The canal, now in its economic and environmental study phase, will be longer and deeper than the Panama Canal. The depth of the proposed canal leads to speculation about the Chinese insistence that Quintana Roo’s Dragon Mart’s purpose is, as originally claimed, a wholesale drop-off point for goods making their way from China to places as far east as North and South America, Europe and Western Africa. While the Chinese look for a waterway to get their goods from the Pacific to the Caribbean, speculation will surely continue to abound. As always, only time will tell.

Twenty pre-school children, all dressed in their brand new navy uniforms, visited the naval installation of the IX Zona Naval and got to meet members of the Armada de Mexico (the Mexican Navy). The students are from Estancia Marineritos, which is located in Colonia Nueva Yucalpeten. Throughout the State of Yucatan, children begin learning about the impact of human beings on land and on the sea. On this trip, these little ones learned not only that the Armada is here to protect the country, but to protect them and their environment as well. We think their uniforms are just the ticket for leaving a lasting impression on these 20 future leaders of Yucatan.

This week, the newest figures regarding the disappearance of Arctic ice, have been released and there are dire predictions for low-lying beaches in both Quintana Roo, Campeche and Tabasco. Although the beaches along the coast of the State of Yucatan were not mentioned, it is still estimated that 1.26% of Mexico will be affected. Some places are expected to be affected to the point where people can expect droughts in the north, floods in the south, and a significant loss of biodiversity in the affected states. While some states may not be affected by rising water, it is predicted they will be affected by moving populations, so this is a serious issue that needs a great deal of thought and discussion.

Yucatan is no different from most other places in the world, in that it seeks to find the best and brightest of the next generation to provide their home with a face to the world. This time, it is Tizimin’s turn. This week, twenty one young ladies walked the catwalk in competition for not only beauty, but also congeniality, talent, and fashion. The competition for fashion was in three parts: vaqueria, casual and evening dress. These were not simply twenty one pretty little faces with nothing behind the smiles. These young ladies, ranging in age from 15 to 22, either already have degrees in law, engineering or communications, or they are working on their degrees. No matter who wins the final title of Embajadora Canaco 2013, every one of these young ladies is something to brag about for Yucatan.

We are so thankful to be able to say that, out of 83 cats and 5 dogs that needed a new home, only 8 cats and 2 dogs remain in need of adoption. The one pictured here is blind and needs a home. You can see the cats' photos here. These sweet animals have lost their home and need to move by September 30. If you can help, please feel free to contact Lida at (999) 175-60-15 (with whatsapp) or on Facebook . Thank you for whatever you can do to help! 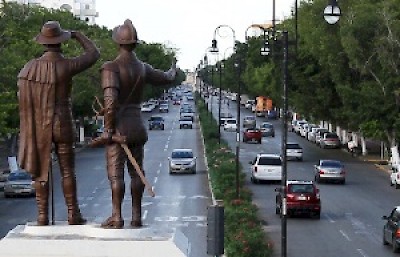 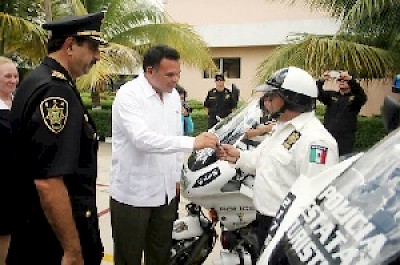 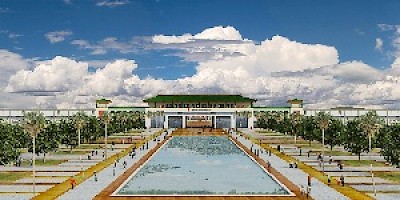 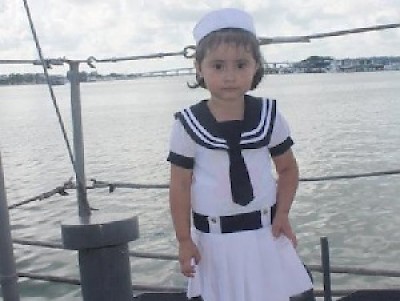 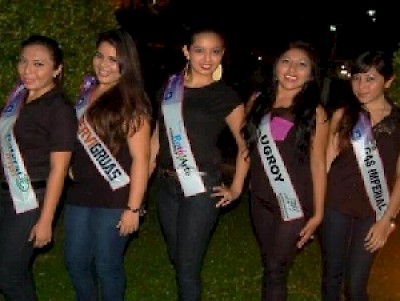 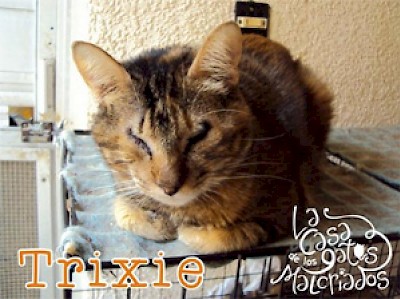