Emerson Fittapaldi Autodrome Inaugurated in Merida
This past weekend, Emerson Fittapaldi, two-time Formula 1 world champion, was in Merida to bring down the green flag on both days of the first Grand Prix of Yucatan, held in the new Emerson Fittapaldi Autodrome. The opening race for the new Autodrome was the Fourth Round of the FIA Formula 4 NACAM Yucatan Mayakoba City. A total of 15 cars participated in this inaugural event. Week by week, Yucatan always finds a way to surprise us with new social, cultural and entertainment advantages that combine to make it one of the premier destinations in the world.

Dunkin’ Donuts to Open February 1 in Merida
On Wednesday, February 1, 2017, Dunkin’ Donuts will open the first of its stores in Merida. This will be one of 100 planned locations in five of Mexico’s largest cities. The new shop is located at Circuito Colonias #140, Colonia Buenavista. The grand opening activities will last from February 1 to February 5, with prize drawings at 7:30 AM, 2:30 PM, and 7:30 PM. In addition, gifts will be given to the first 50 customers who arrive at those times. Fancy donuts aren’t all that will be available at Dunkin’ Donuts. They will also feature granizados, ice cream, soft drinks, tea, sandwiches, juices and other snacks. The best news is that they will also carry Dunkin’ Donuts’ wonderful line of flavored coffees. Move over Krispy Kreme, La Parroquia and Panificadora El Globo, there’s a new donut in town!

Now in Las Vegas: Jessica Garcia Quijano
Jessica Garcia Quijano will represent Yucatan and Mexico in a tae kwon do tournament in Las Vegas from January 30 to February 4. This is the first tournament that will give ranking to the athletes who will attend the 2020 Olympics. Jessica is from Uman and is determined to earn enough points to make it to the Olympic Games. The photo shows Jessica being presented with the new tae kwon do uniform she will be wearing in Las Vegas. Since Mexico has only 24 members on its tae kwon do Olympic team, Jessica’s inclusion is quite an achievement for her and for Yucatan.

MTV Highlights Melinas Dolls from Yucatan
When Maresly Castillo went through a difficult situation in life, her mother, Merry Ocampo, made her daughter a little doll that had the same health problem Maresly had. They had no way of knowing that Melinas had just been born. The mother and daughter company make personalized dolls with different options of skin color, body shape and hair. Some have mastectomy or tracheotomy scars. The dolls are actually made by women in vulnerable situations because it is the objective of the business to create a socially responsible company that breaks with common paradigms. The business is little more than a year old but has attracted international attention because the dolls embody female empowerment based on the self-esteem they help to generate in their owners. Enter the Latin version of MTV, looking for entrepreneurs they could help with their startups in Mexico. Seven were chosen and Yucatan’s Melinas was one of them. Since their relationship with MTV began in October, Melinas has shot to worldwide fame via MTV Disruptivo and YouTube. Thanks to MTV, they have been able to receive advice and interest from Avon Mexico and “Shark Tank.” To find out more about these dolls, or to purchase one for yourself, visit the Melinas Facebook page and their outstanding Melinas website.

More Investments in Yucatan’s Cattle Breeding Programs
Twenty years ago, most of the cattle raised in Yucatan were thin and often struggled to survive. Not so today. The State of Yucatan has invested millions every year in breeding and genetic improvement programs. This year alone, they have invested more than 2.4 million pesos in such programs. In the meantime, Yucatan’s cattle have become UADA certified and are actually being exported to the U.S. because the U.S. is exporting so much of its beef to China. With pasture improvement and their own wing at the new International Veterinary Hospital in Merida, things have never looked better for some of the most beautiful cattle in the world.

Yucatan’s Receptivity to National Austerity Plan
When Yucatan’s current state administration took office, an austerity plan was announced. When asked how long it would last, the reply was “for the remainder of our term in office.” It actually became quite humorous as so much more was done with so much less; and now we hear the same thing on a national level. The Government of Mexico has called for an austerity plan for 2017. Yucatan can save money probably better than any state anywhere. January is not even over and both city and state government offices are reporting finding new locations at vastly reduced rents and with amazingly reduced security, maintenance and utility costs. The only item Yucatan has declined to do is lower wages, but that is more than made up for in other expense cuts. When it comes to saving costs so that funding will be available for other programs that have launched the nation into the 21st century, Yucatan is well ahead of many other states and nations.

Trump: The Proverbial Elephant in the Room
Just a week into office, President Trump never ceases to amaze with his lack of knowledge concerning how business and the world economy actually work. Walmart, General Motors, Ford Motors, AT&T, General Electric, Costco, Home Depot, Citigroup and Coca Cola are the largest U.S. companies listed in Fortune 500. What Trump doesn’t seem to know is that the revenues from the Mexican subsidiaries of those companies are the most profitable worldwide. He needs Mexico far more than Mexico needs him and Mexico is already in talks with China and enough other nations to make dealing with Trump an unnecessary chore. He doesn’t have to be an isolationist. The world is turning its back on him first. The sad part is that Americans will pay the price for this outrage at checkout counters of every industry. We are long past a time when any nation can isolate itself and survive with any quality of life. There will be problems here and there in Mexico, but overall, Mexico is going to be just fine.

Cemex Stock Up 18% So Far This Year
Cemex stock is up 18% so far this year because it stands to gain the most if Trump builds his wall. Cement costs too much to ship so it will have to be bought locally. The closest cement maker is Cemex, on the Mexican side of the border. The closest place on the American side is also... Cemex. Yes. Cemex, a global building materials company, is the only game in town for cement anywhere near the border between Mexico and the United States. In fact, every cement maker in the United States is Mexican owned. So, build that wall and watch where the profits go.

Mexico’s International Ranking In Chicken, Eggs and Mango Production
Did you know that Mexico is the world’s fifth largest producer of chicken meat, eggs and mangos? Current chicken meat production stands at 3,051,843 tons, with eggs at 2,731,891 tons, and mangos at 1.8 million tons per year. Yucatan produces 80% of the mangos produced in Mexico. The mango industry is so successful that production is now up 36% and exports are going to 27 countries, one of which is the United States. Yucatan is also a major producer and exporter of pork, honey, turkey, beef, oranges, lemons, grapefruit, pumpkin, cucumber, papaya, octopus, lobster, shrimp and grouper.

United States Rotarians Travel to Yucatan
A surprising number of people are unaware of just how much the Rotarians from the United States have partnered with Rotarians from Yucatan to undertake community service projects that desperately needed to be done. More than one outlying area has ambulance service because of Rotarians. This time, 130 Rotarians from the 32 Rotary Clubs of California have come to Yucatan for several reasons. First, they are here to help ease any tension that may be developing between Mexico and the United States. But they are also here on a Humanitarian Trip, and will visit Tizimin, Valladolid, Ticul and Progreso to carry out projects that have a value of 2,500,000 pesos. They will provide support for the construction of sanitary areas for children to play games in the Comedor Emmanuel. This will boost both art and culture in the ADN program (Extending the Development of Children). They will also donate 90 water filters in various communities for diabetics, and they will donate medical equipment, in coordination with UADY, to be used on health days. Finally, they will have the opportunity to work with the people to paint and restore children’s playgrounds, and plant approximately 600 trees. Those of us who live in Yucatan part-time or permanently would like the Rotary Clubs of California to know how much they are appreciated and what a difference their hard work makes in the lives of those they come to help. Their influence lasts long after they are gone and their mission to develop closer ties between the Rotary Clubs of Mexico and the United States has been accomplished. 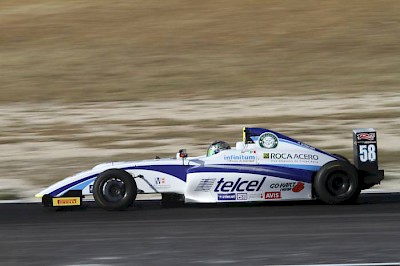 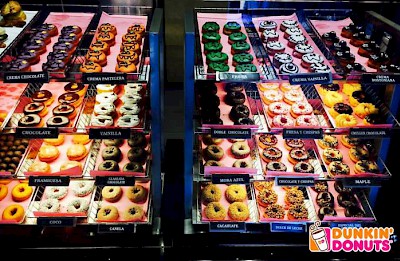 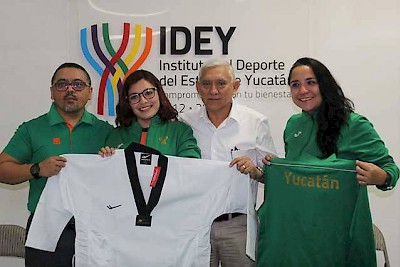 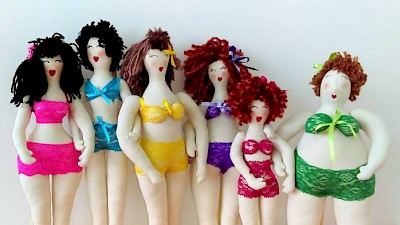 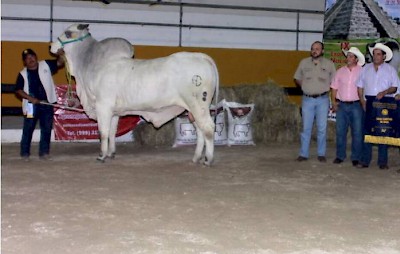 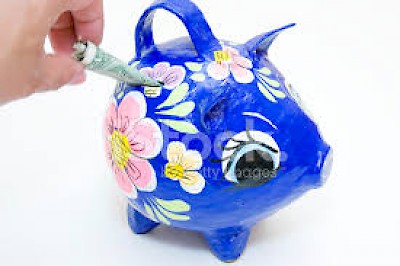 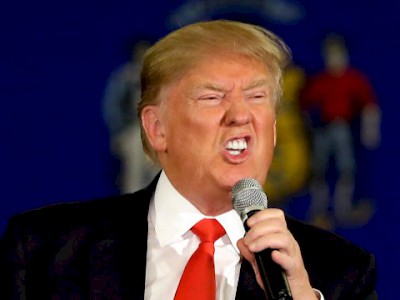 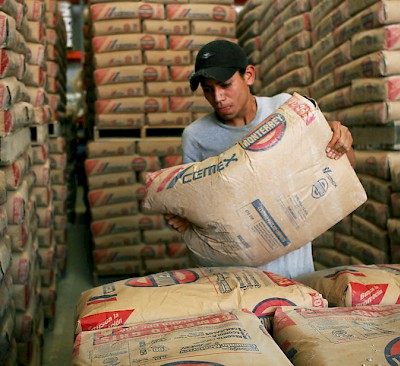 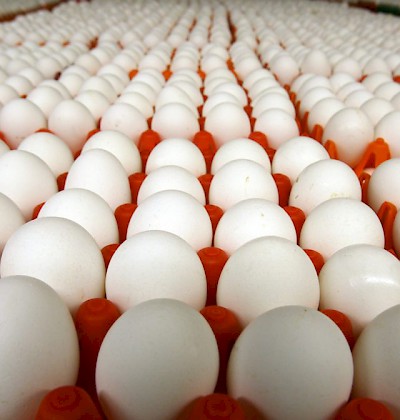 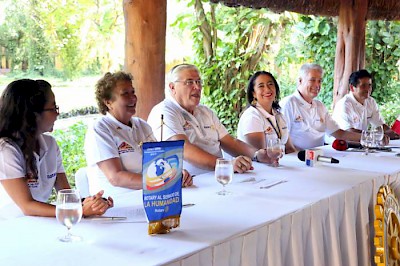