Yucatan News: Things are Looking Up

Municipalities of Yucatan to Receive Increase in Federal Grants
The municipalities of Yucatan have just learned that each municipality will receive approximately 5% more in Federal resources than it did in 2016. The mayors are already planning ahead for where the extra money can be used. For example, the Mayor of Izamal says they will save the money with more during the year so that end of the year bonuses will not put them in a complicated situation. Other mayors say they are going to put the money into their municipalities’ general funds so they will not have to make loans throughout the year. Either way, a 5% increase in anyone’s income is great news so early in the year.

The Balloons in Yucatan
The International Festival of Culture and Art-El Globo (The Balloon) in Yucatan is a private group organized by a committee outside of the State Government. Yet, they have petitioned Patronage Cultur for permission to hold an event during Yucatan’s International Festival of Culture and Art. Permission was quickly given. SSP was asked to coordinate with the Patronage of Cultural and Tourist Services to keep the roads and the venue safe. Even Profeca was asked to monitor the event to ensure the safety of all participants and attendees. They were initially scheduled to take off from the Yucatan Racetrack on Saturday, but rain postponed the event until the next day. From ice skating to cenote swimming to riding in a hot air balloon, it looks as if it won’t be long before Yucatan will have it all.

Street Modernization Begins Now in Two Areas of Centro
The modernization of Colon and Cupules Avenues, and Calles 60 and 62 will be underway from now until August 25. All utility, telephone and internet cables will be going underground so that the sidewalks can be widened and space can be made for disabled individuals. New water lines will be laid with enough capacity to allow for household growth in the area as well. They will not turn off any services until they are ready to switch on the new ones. They expect the outage to be only a short while. Merida takes huge leaps forward in not only services available, but in sheer beauty every year. Since hotels in that area are increasing by 80%, this work is not a luxury. It is an absolute necessity. It will be a bit noisy in that one area for the next few months, but just think how beautiful it will be when summer is over.

Final Tourism Numbers for 2016
The final tourism numbers for 2016 are in and they are wonderful. A total of 1,445,957 tourists visited Yucatan in 2016. This was an increase of 16.6% over the first year of the current administration and an accumulated 5.7 million tourists over the four years this administration has been in office. The numbers have climbed so rapidly that this year they are justifying a budget of over 100 million pesos to use mainly in the promotion of Yucatan and the interior of the state as a tourist destination. Last year, hotel occupancy was up statewide by 6.6% and by 7.8% in Merida. 1,944,782 passengers flowed through the airport in Merida. The number of people arriving in Progreso via cruise ships was 346,968, which was an increase of 12.7% in 2012. Over the past four years, more than 1.2 million cruise passengers have come to Yucatan. The entire state is still adding tourist hotels and modernizing those that are already here. The airport in Merida is adding new air routes, both foreign and domestic, at an amazing rate. More than 600,000 Yucatecos alone are expected to enjoy the International Maya Cultural Festival. Now, it seems that Merida has become fashionable and even Forbes magazine is recommending it. With 2017 being the second time in this new century that Merida has been named as the Cultural Capital of the Americas and the State of Yucatan is hosting the International Maya Cultural Festival, this should be a good year for Yucatan.

What Happens to Remittances?
When visitors and new expats hear someone in Yucatan comment that a project was completed with 3x1 funds, they always want to know what are 3x1 funds? Everyone knows that migrants workers in other countries send money home to help their families. What they don’t know is that migrants also pool their money and send it to their home towns to help their communities. If they do that, the Federal, State and local governments will match their contribution so there will be four dollars to invest in community projects instead of one. This week, prior to a community event in Hocaba, the Governor of Yucatan presided at the opening of public ecological bathrooms near the Multipurpose Court, Calle 20 x 19 y 21, all paid for by the 3x1 for Migrants Program. Last year, more than 30 projects costing 52 million pesos were completed with 3x1 money. These remittances are not required of any migrant and they are not a tax. Migrants can’t afford to send a lot, but they love their families and their homes, so they give freely to make their home a better place for their children.

Human Capital Guarantees Success for Companies in Yucatan
The new Yucatan Brewery is a perfect example of what it is that guarantees success for young companies in Yucatan. The one thing Yucatan has that many other places do not is well-educated human capital. The new brewery has a total of 408 new employees who received training in brewery management, warehouse management, production and packaging, and every other skill necessary to operate a brewery. At least half traveled to Zacatecas, Obregon or Mexico City for training. Most graduated from universities in Yucatan with degrees in Robotics Mechatronics or Industrial Engineering. According to Limberth Janix Marrufo, an industrial engineer from the Higher Technological Institute of Motul, “It does not matter in which municipality one lives. What really counts is the desire one has to get ahead and the knowledge that one has to strive every day. The talent and capacity is in all corners of our state and that is what truly gets us ahead.”

Foreign Taxi Prices Going Up in Yucatan
First, those who do not live in Yucatan need to know what a foreign taxi is. No, it isn’t a taxi made in a foreign country. It is a taxi that covers a route to a different municipality (county). It has been three years since the foreign taxis got a raise in this form of public transportation, but high gas prices have made these increases necessary for the survival of the taxi companies. Rates are increasing between two and 13 pesos for 133 routes. For example, the trip from Merida to Dzilam de Bravo went from 50 pesos to 63 pesos. When you consider that minimum wage in Yucatan is currently 80.04 pesos ($3.71 USD) per day, one trip from Dizilam de Bravo to Merida and back would cost 126 pesos. That’s almost two days’ wages, and considering food and a place to stay, that runs the cost well over two days’ wages.

JAPAY Will Not Raise Water Bills This Year
With gasoline prices driving all other prices up, the Yucatan Board of Water and Sewage (JAPAY) has just announced that they will not raise water bills on users in 2017. They will, however, cut off service to those who are behind on their bills. JAPAY has 340,000 users in Merida and its surrounding area, with only 1,400 workers to keep everything running smoothly. They also work with the National Water Commission and the Commission for the Development of Indigenous Peoples. In 2016, JAPAY built six thousand eco-bathrooms and supported several municipalities in supplying drinking water for their people. They expect to have projects in all the other 105 municipalities this year and still keep up with the needs of Merida. On January 24, JAPAY will raffle off a house in fraccionamiento (subdivision) Cieloalto with a value of over 300,000 pesos. Only those whose water bills are paid current by February 10 will be allowed to purchase tickets for the raffle. Anyone whose bill is not current on February 10, will have their water cut off.

Free Driver’s License for Housewives, Students and the Unemployed
For workers who make 328 pesos a day or less, the fee for a driver's license is discounted up to 50%. Every government agency is well aware of how difficult things can be when the economy is not doing as well as it could be. These are just some of the things that are being done to help keep Yucatan’s families on at least semi-solid footing as this crisis wears on. This program will continue until the end of 2017 so, if you know anyone who might benefit from it, please do what you can to help them get their driver’s license before the program ends.

Yucatan’s Food Industry Growth Rate for 2016 is 17.9%
Yucatan is first in the nation with her food industry during the past six months. It is believed that Yucatan’s privileged strategic location, its road, maritime and rail connections, and a healthy business climate have attracted new investments or expansion which total more than 25 billion pesos. It is important to know that Yucatan is now the first state in honey production and in octopus harvesting, fourth in the production of turkey, pork and cucumber, fifth in lemon, sixth in egg and oranges, seventh in grapefruit, eighth in squash and tenth in papaya, according to the Agrifood and Fisheries Information Service (SIAP).

Wind Farm Coming to Progreso in 2017, Operational by 2018
It has been announced that a 1,550 section of ejidal land will be rented for the purpose of building a wind farm in 2017 that will be operational by 2018. Yucatan never does anything by half-steps, so it stands to reason that we can soon be the energy capital of Mexico as well as in the top ten for most of the fish and food harvests in the country. 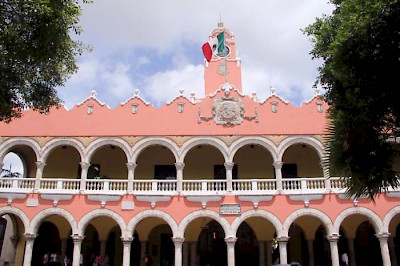 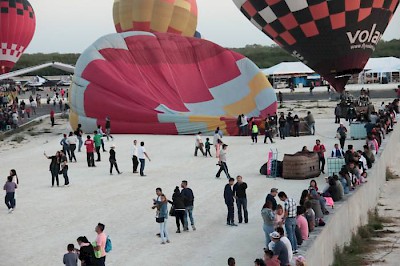 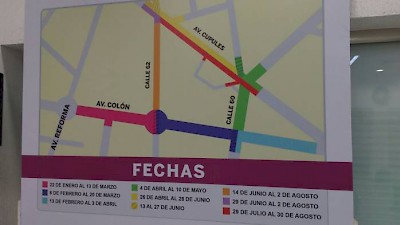 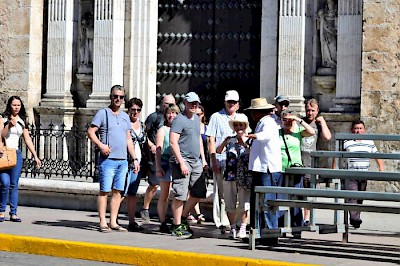 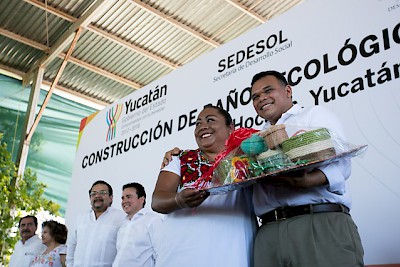 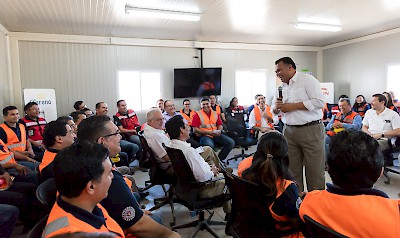 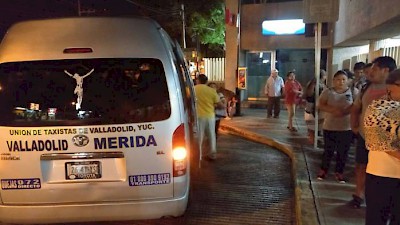 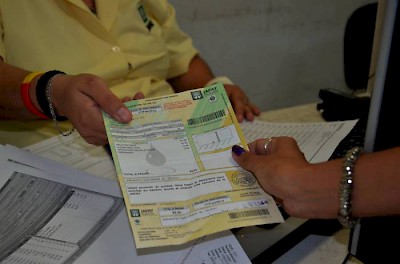 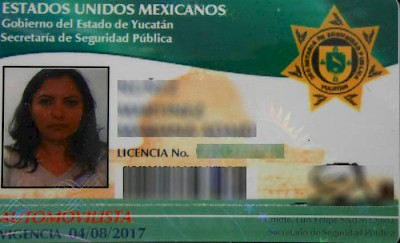 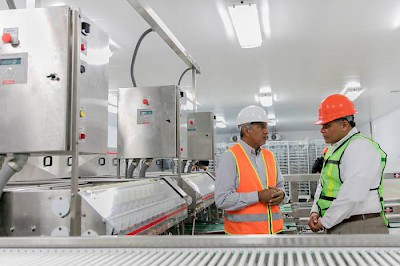 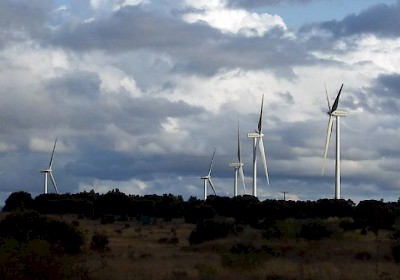