The Youth America Grand Prix (YAGP) is the world’s largest student ballet scholarship competition that awards over $250,000 annually in scholarships to leading dance schools worldwide. The competition is held annually around the world and in New York City, and is open to dance students of all nationalities 9-19 years old. YAGP is also a 501(C)(3) non-profit organization. This year, Merida’s ten year old Braulio Fernández Manzanilla has been selected to participate in the Grand Prix 2014 finals in New York. The choreographers and dancers are all hard at work, even though the final contest will not take place until April. Yucatan Living will be keeping an eye on this young man and bringing news of his success as it reaches us.

It has long been a problem that indigenous people are often punished, by the justice system, because the law criminalizes people for crimes associated with their indigenous habits and customs. Judges, who are often unaware of the cultural context of these supposed crimes, have no way of knowing how to properly handle these cases. The National Conference on Anthropological Evaluation is currently being held in Merida, where INAH anthropologists are educating the judiciary on the importance of understanding the context in which many of these so-called crimes are committed. Over time, this will help all of the judges in Mexico to stand as the last line of defense for those who march to a different cultural drummer so that they too can find equality and justice in Mexican courts.

An Interview With Grant Spradling

Grant Spradling has written his second novel, soon to be published by Hamacas Press, and has been interviewed by In Other Words: Merida, an online literary magazine. The interview is wonderful. To learn more about the life and times of one of Merida’s long-time expats, read “An Interview With Grant Spradling.” Mr. Spradling’s first novel was Maya Sacrifice , the second is Palenque Murder, and both star the same trio of bumbling detectives. The author is also a short story writer and three of those will soon be published in Our Yucatan , an anthology of Merida writers. Within the next few weeks, Palenque Murder will be available on Amazon.com as both an eBook and in paperback.

Jim and Mindy Phypers currently operate a non-profit program called Solar Haven 2 in Veracruz, Mexico to promote living simply and sustainably. They are in the process of buying land in Yucatan and plan to relocate their program here and establish a new off-grid Eco-community. They have a large web-site devoted to what this community will be like and are calling for volunteers to help build the community and perhaps join. This looks as if it is going to be a wonderful adventure so do visit their website: Homesteading in the Yucatan to see just what it is that they do.

The mission of the International Community Foundation is to inspire international charitable giving by U.S. donors, with emphasis on Mexico and Latin America. Since their beginnings in 2002, they have expanded into nine countries, formed relationships with 360 non-profits and 5,500 donors, and given out $5 million dollars in international grants. Of all the grants they have given, 76.8% have gone to projects in Mexico. Sixty-four percent the grants received in Mexico were used to fund environmental projects. The next two largest categories to receive grants in Mexico were education and health and human services. Read the International Community Foundation’s 2013 Annual Report to learn more about this organization and the work they do.

Sheep: A New Export for Yucatan

With 400 prize sheep on display at X’matkuil, new information is coming in about the status of sheep production in the State of Yucatan. It seems that local production of sheep, which only began in Yucatan in 2007, rose to 800 tons in 2012 and is expected to be higher this year. It seems that Mexico has developed a taste for lamb and doesn’t produce enough to satisfy the need. Australia and New Zealand are providing between 30% and 45% of all the lamb consumed in Mexico. Since Yucatan is now producing far more lamb than it can consume locally, there will be no lack of new, Mexican customers waiting to buy. This is a particularly profitable product because ewes can get pregnant at approximately five months of age and a significant number produce twins. With a gestational period of only five months, this means that a farmer’s investment can easily be doubled and even tripled within a very short time. Yucatan Living has written several news stories about very successful female sheep producers in Yucatan and we are so pleased that their future looks brighter than ever.

Boxing Schools Give Exhibition in Flamboyanes

The boxing school at Centro de Alto Rendimiento in Progreso participated with the new boxing school in Flamboyanes, in a series of exhibition matches last weekend. The name of the new school is FlamBoxing. Yucatan’s boxing scene has been growing for years. At first, all of the best matches were in Quintana Roo. Then they came to Valladolid and Merida. As interest grew, schools began to open and Yucatan now produces some of the best young boxers in Mexico. Congratulations and best wishes to all of the students at both of Progreso’s boxing schools.

By the end of this week, the local Rotary Club, City Council and the Yucatan Business Foundation will have distributed approximately 900 nearly indestructible soccer balls to seventeen primary and secondary schools in the southern cone of Yucatan. These balls are expected to last from six to ten years and cost almost $80 USD each. This is part of the One World Futbol Project that inspires children to realize their potential through this almost indestructible ball. Perhaps other states and nations could take a page from Yucatan’s book of philosophy and understand that taking time with children after school and on weekends is one of the biggest reasons for the amazingly low crime rate in this state. Whatever the sport, from soccer to chess, Yucatan does all it can to support the needs of its children. They are the voters of tomorrow and will be holding political office and making public policy when we are in advanced age. An indestructible soccer ball is a small price to pay for a secure lifestyle. Many thanks to the Rotarians, and to members of the City Council of Ticul and to the Yucatan Business Foundation.

Tixpeual Gym for Persons with Disabilities is Open

With help from DIF, Tixpeual now has the only fully equipped, high-tech, gym to serve the needs of individuals with disabilities. The equipment includes everything necessary to insure that this is a complete rehabilitation gym, including multisensory stimulation equipment. One of the first things newcomers to Yucatan notice is the time, attention and pesos spent to ensure that people with disabilities have every opportunity to succeed. This new gym is further evidence of that determination.

Last week, a truck driver hit a pothole and lost control of his truck. The first truck then hit a cookie truck from behind. The doors of the cookie truck came open and boxes of cookies bounced out and into the air. The cookie boxes then promptly broke open and it, quite literally, rained cookies in Merida. If anyone would like to pass by the offending pothole, in hopes that there will be a repeat of the event, it can be found on Calle 7 x 22 y Periferico de la Colonia de Los Reyes. Good luck and bring us a cookie if it happens again and you are there. 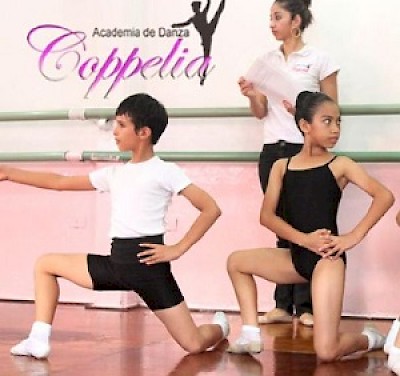 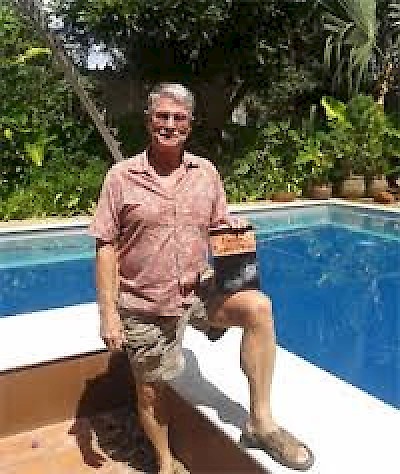 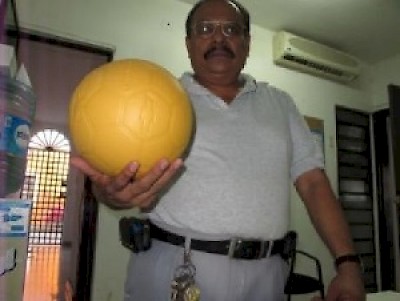