Over the course of the past week, we have received three inquiries from graduate students who are studying expats, Mayas, or schools in Yucatan. This particular study is a project that is underway at UADY in Merida and its focus is on how today’s generation of Maya see themselves. Throughout the world, we hear huge groups of people classified as indigenous people, and forget that these are individuals who have their own life experiences and their perceptions of themselves may be as a person, not as just one nameless cell in a mass that has been named “indigenous people.” Many in this generation of Maya have migrated out of Mexico and back. Some have decided not to return. Some go to college and some live in poverty in rural areas. Most of this generation of Maya, especially in rural Yucatan, experienced modern technology when they were north of the border and thought nothing of bringing it home to their villages. Today, a Maya in the Southern Cone of Yucatan is as likely to have a cell phone, cable television, and send their children to college as are the Maya who live in large cities or who remained in the U.S. or Canada. The question now involves perceptions. Does today’s Generation X of the Maya, at home or living in other nations, think they may be losing or damaging their culture, or do they believe that their culture is dynamic and will continue to grow? This is a topic for study that comes up regularly in Yucatan, such as when non-Maya were shocked when some of the Maya sold their interest in local ejidos and sent their children to college. Today, we have universities full of brilliant Maya students who know they are more than just an indigenous person. They are indigenous people who also happen to be doctors and lawyers and even astronauts. We look forward to reading about the results of UADY’s study of Maya Generation X's perceptions of their own Maya culture and identity.

Mexican physicist Luis Fernando Solis Magana is calling for Maya mathematics to be used as an auxiliary tool in classrooms to reverse the current model of education that is based on the memorization of tables. He also notes that Maya mathematics is fun and that children get pleasure from reasoning. Math teachers have long watched as otherwise bright students are beaten down by getting wrong answers and having to face the “off with your head if you make a mistake” focus of today’s teaching methods. Maya mathematics leads children to success and can easily be turned into games where students get praise for simply thinking their way through a problem. If we can recover the pleasure of reasoning, in the way of the ancient Maya, then even preschool children can be successful with calculations using decimals and complex numbers. Reading, reasoning, and enjoying being able to be successful… every teacher, parent, and student’s dream. Perhaps this is an idea whose time has finally come again.

It looks as if the theft of copper cables has finally reached a point, in Mexico, that prison sentences of up to seven years will be imposed if the theft causes disruption in basic public services. This new law does not only cover the theft of copper cables. It also covers any other material through which a public service is provided because, nationwide, just the theft of power lines alone is costing the federal government millions of pesos in losses, as well as additional losses to state and municipal governments. There is even a little catch in this law that gives it more teeth than just the seven year prison sentence. Because such thefts are considered to be simple robbery, the thief will have that added on as an additional charge and will serve the appropriate sentence for that as well. This should put a significant damper on all of the thefts of wiring to street lights and water pumps as well. This is certainly a law whose time has come and everyone is waiting for its ratification by the Senate.

Authorization has come for the building of a Yucatan State Transplant Center in Merida. The center will promote, regulate and monitor the distribution and allocation of organs and tissues within Yucatan and in coordination with the National Transplant Center. Since the creation of the transplant board (CEETRY) in mid-2013, there have been 23 cadaver donations. Transplants in Yucatan are above the national average. The current budget for the organ donation program is a million pesos and, because it has been so successful in Yucatan, the budget is being increased for 2014. The CEETRY promotes, regulates and monitors the distribution and allocation of tissues.

It has only been a few months since Yucatan moved into the procurement and transplantation of bone, but that program is already a success. Each donor has the potential to help 90 to 100 patients and over 100 individuals across the country have benefitted from the generosity of Yucatecos. The best benefit associated with bone transplants is how rapidly patients seem to recover. With the O’Horan Hospital transplant team working with the Bone and Tissue Bank in Nuevo Leon, we are sure more good results are in the future.

Look for Medical Tourism to Grow Rapidly in Yucatan

Mexico has more than a dozen destinations that provide the highest quality of medical care along with excellent tourist services. One of these destinations is Yucatan, where the state has distinguished itself in the areas of ophthalmology, cosmetic and dental surgery. This past week, coordinated by Universidad Anáhuac-Mayab, the Ministry of Tourism, and Sefotur, a seminar on Medical Tourism was held and guided by the Medical Tourism Association. “The MTA is the first international non-profit organization formed by the top international hospitals, healthcare providers, medical travel facilitators, insurance companies and other affiliated companies and members with the common goal of promoting the highest level of quality of healthcare to patients in a global environment” (Cristina Cardona, MTA Representative). With Yucatan finally being recognized for its fine healthcare, it should not take long for word to spread and for the long-awaited medical tourism to finally come to the state.

Years ago, the City of Austin, Texas, put in 166 miles of bike paths and 4,500 bike racks. Today, the city no longer has a traffic problem and has become one of the premier biking destinations in the U.S. Their bike tours draw visitors from around the world and club rides provide healthy entertainment for their citizens throughout the year. When the Bici-Ruta began in Merida, many wondered if people would take advantage of the family activities that were built around the closed streets on Sundays. It didn’t take long before cities and towns throughout Yucatan were developing their own Bici-Rutas. Now, with traffic having become a real problem, bike paths connecting all of the major universities and technical schools in Merida are on their way to becoming a reality. The name of the program is “Caminito to School” and it was developed by the Yucatec College of Architects and the City of Merida. This is a program that has the potential to be good for the health of the people, for the environment and even for tourism.

Exporters of Yucatecan honey and habanero are at the BioFach Fair in Nurembert, Germany to court new customers and promote organic products. This fair is the perfect place for that because its main focus is bringing organic products to the citizens of the European Union. The fair is attended by 2,400 exhibitors and up to 40,000 potential buyers. Discussions are held on where the organic food industry will be going for the next two decades. Current trends include not only food products, but natural cosmetics as well. Yucatan has come a long way since the Governor noticed that there seemed to be a lot of beekeepers in rural areas and put out a call to find out how many there were. In the end, there were between 10,000 and 15,000 beekeepers in the state. Within less than just one decade, they were organized and the rest is history. The current success of the habanero industry happened almost that fast. Now, Yucatan is one of the world’s leaders in exports of honey and habanero. The future looks brighter than ever for all of Yucatan’s agricultural products, and especially for those that can be certified as organic.

Register Now to Participate in Survey

Invitation To: American and Canadian Residents or Snowbirds on Yucatan’s Coast
From: Daniel Ancona (danosaurio@hotmail.com), Graduate Student
Dates of Survey: September and October 2014
Purpose: To record your experience on human ecology aspects of your stay on the coast of Yucatan.
This study will be ethically conducted and professionally supervised. When it is over, there is a possibility that another study will be conducted among Merida’s expatriate residents and "Snowbirds". The product of this study will have value not only to the student and to the State of Yucatan, but also to all expatratiates and "Snowbirds" as they plan their lives and businesses in Yucatan. We encourage the Americans and Canadians along the coast to get involved and to use this time to get acquainted with the researcher before time for the survey arrives. Contact Daniel for more information.

In 2010, Yucatan served up to three ton cochinita pibil and landed its first spot in the Guinness Book of World Records. On March 2, they will cook two tons of "octopus maya", plus 450 kilograms of various local ingredients. The dish will then be served to more than 50,000 people. The chefs will begin cooking at midnight on March 1, 2014. By 9:00 AM the next morning, they will taste the finished product. At 11:00 AM, visitors can taste the stew for free. The dish will be served to 50,000 people as part of the closing of the VI Expo-Campo 2014 at Siglo XXI Convention Center. The idea is not just to get in the Guinness Book of World Records. The purpose is to promote the value of local products and to join the campaign against obesity by promoting the eating of healthy and balanced diets that include fish and seafood. We don’t know if everyone will think that "octopus maya" (in ink!) is quite the dish to use in this case, but it surely is a great opportunity to try it. 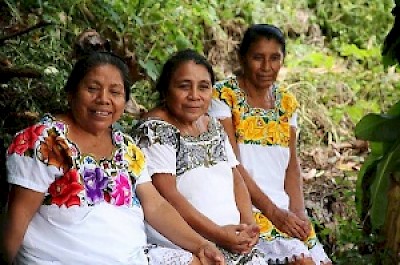 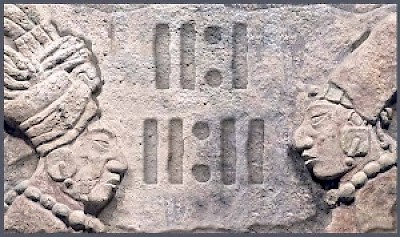 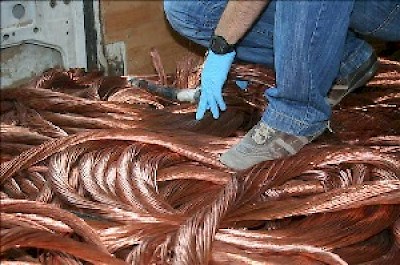 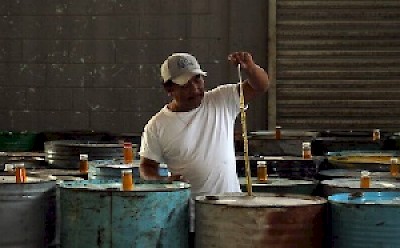 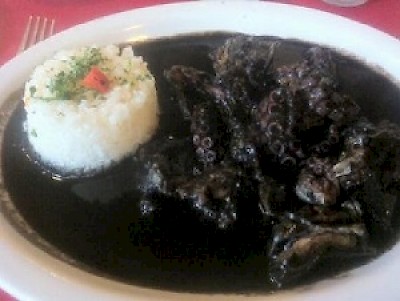