Yucatan’s Migrants Send Home $142.8 Million USD in Remittances in 2016
Remittances sent to Yucatan from migrants working in the United States have been steadily on the rise. In 2014, they were $125 million USD, in 2015, $136 million USD, and in 2016, the most they have ever been: $142.8 million USD. Many say they are sending as much as they can in anticipation of deportation. All of the money sent home to Yucatan has been invested in housing, health and education, with matching funds from Mexico, Yucatan and the home municipalities of the migrants. Yucatan has promised housing and a job to every migrant who comes home, but many are staying because the United States is where their children were born and have built their lives.

Yucatan Finds New Poultry Market in Egypt
Just two years ago, Bachoco, the largest poultry producer in Mexico invested $40 million USD to expand and strengthen its breeding farms on the Yucatan Peninsula. Now, Yucatan is able to extend its exports of chicken meat to Egypt. The relationship between the two countries has been growing for some time and now includes not only agricultural trade, but tourism and both cultural and educational exchanges as well. Egypt is not the only country in that region to have lucrative trade deals with Yucatan. Mexico is meeting in two weeks with other members of the G-20 to discuss a larger international trade treaty that will replace Mexico’s dependence on NAFTA if the United States forces changes in that treaty.

Yucatan’s Hot Sauce Now Headed for the Middle East
It has just been announced that Yucatan has yet another new avenue into international exports. El Yucateco is a 50 year old Mexican manufacturer of hot sauces and other condiments based on Yucatan’s habanero chile. Their exports are sold mainly in the United States and Canada, but they now have an important certification that will allow them to export their products throughout the Middle East. Last week, a pilot test shipment went to the United Arab Emirates and they loved it. It is estimated that they will be buying about five tons of sauces a year. The next market to be tested will be Dubai. Within five years, it is expected that El Yucateco will also have reached every country in South America.

Ramon Tree May Replace Corn for Nutritional Value in Yucatan
Over the past few years, researchers have been looking at all of the nutritional products that can be made from the Ramon tree, an evergreen in the fig family that is native to tropical America. Ramon trees produce small round seeds with one starchy, highly nutritious nut that is high in many vital nutrients including antioxidants. The flour, called Maya O’OX, that is now being exported worldwide is high in nutritional value, 100% organic and gluten free. This product could not have come along at a better time since Mexico is now importing 80% of the corn it needs and 42% of the wheat. All that does is create higher prices that are passed along to the Mexican consumer. If this domestic product can be developed, it will go a long way toward improving the health and quality of life for millions of Mexicans.

Heirloom Maize in Yucatan
Almost everyone in the world wants a rose like grandmother had and a tomato like granddaddy grew, so they search endlessly through plant nursery catalogs, often in a vain attempt to turn back the clock to the beauty of their childhood. The Maya are no different. They have managed to preserve at least three, and maybe more, strains of corn and a way of farming (milpa) that plants up to 12 different plants in the same field at the same time – each with a different, but necessary plant nutrient. This has been a sacred trust among the Maya, but now has great value because there are so few strains of so many plants that have not been affected by genetic engineering. There are actually ceremonies at the end of the harvest in Maya villages in which the carefully preserved heirloom maize is saved in large pottery jars to be used as seeds for the next year’s crop.

Progreso Economic Zone Has 20 Year Plan
In case no one has noticed, Progreso is not the “sleepy little fishing village” it is still described as in so many travel brochures. There are a few expats who have been in Progreso for the past almost 20 years and have seen enormous changes take place. Now they tell us that there is a 20 year plan to develop Progreso as a Special Economic Zone because it has fishing, tourism, exports, oil and gas storage, trucking, and the list goes on and on. In fact, there is enough business going on in Progreso to warrant the development of business centers with accountants, tax and outsourcing companies and technology firms. This is no small project. It is actually projected that 33,000 new jobs will come to Progreso over the next 20 years. The schools are good. The colleges are good. The beach and Malecon are wonderful – and the expat community is as well.

Two Non-Stop Routes Now Canceled To and From Merida
Blue Panorama, which operated the Milan-Merida-Milan route, and American Airlines, which operated the Dallas-Merida-Dallas route, have both ended their direct flights to Merida due to low occupancy. Service is still available to and from Cancun. Part of the problem is the exchange rate, which has made it increasingly difficult for enough Mexicans to travel abroad to support these routes. The flights will continue until all passengers with reservations have been served, which should happen by the end of March. Then, these two routes will not be available from April through July, when a final decision is made on whether to reopen them as seasonal flights or to leave them flying in and out of Cancun instead.

Super Successful VIII Spay/Neuter Campaign in Progreso
During the VIII Annual Spay/Neuter Campaign in Progreso, 200 volunteers managed to spay or neuter 850 dogs and cats in two days. The original plan was for 600, then it became obvious that more than 800 were there. The final total, for just the two day weekend, was 850, with a waiting list of a few hundred more! Volunteers included doctors, nurses, adults, foreigners, and students. The event was organized by Planned Pethood and AFAD, and paid for by donations from the business sector. And that isn’t all. When they were finished, the spay/neuter campaign moved on to do three days in Merida and two more days in Kanasin. They will be in Valladolid the 10th and 11th of February. Please donate your time, supplies if you have them, and money. If you are a long-time expat and were here 20 years ago, you know what a difference these programs make in the lives of the animals and the people.

Uber Drivers “Repent” and Join Local Companies
The original concept of Uber was probably a good one – but then issues began to surface that indicate the idea may not have been thought through as thoroughly as it should have been and drivers were operating outside of local public transportation laws. Local law enforcement agencies were getting ready for trouble. Local unionized taxi drivers were horrified, and protests, sometimes violent protests, began to crop up around the world. After an Uber taxi was set on fire in a mall parking lot, that pretty much did it for Merida. There will be no violent protests in Merida because the people of Merida value peace, security and civility above all else. If you want to protest and block a three lane street in Merida, be polite and only block two lanes. Finally, the Uber drivers realized that they had probably not made the best choice in employers, so when local taxi companies offered them jobs, they graciously took them. Now, they have a real training program, benefits, and are working within the law. Many thanks to all of the local taxi companies for extending open arms to the Uber drivers who wanted to make this change.

The Environment Behind Most of Mexico’s and Yucatan’s News This Week
Yes. Donald Trump was not very nice to his counterparts in Australia, China, North Korea and Mexico this week. No. He is not going to be allowed to march troops into Mexico. Yes. He is going to try to build that wall. If he does, No, Mexico is not going to pay for it. Yes, the American taxpayers will pay for the wall twice – once as it is built and a second time in higher prices because of tariffs. Yes, Iran retaliated by barring Americans from the World Cup in Wrestling later this month and then reinstated them when the ban was repealed. Yes, his inaction on bowing out of his businesses is creating a Constitutional issue that is deemed criminal in nature. Yes, a judge finally got through to him that the United States has three branches of government to insure a system of checks and balances. He was elected President, not Dictator, so he is not always going to get his own way, especially when it comes to stranding valid visa holders on the other side of the world. Yes, he appealed the ruling and Yes, the appeals judge ruled against him. Yes, the G-20 is supporting Mexico with new trade deals that will ensure that changes in NAFTA, should they come, will not adversely affect the Mexican economy. 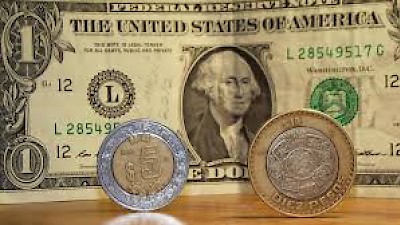 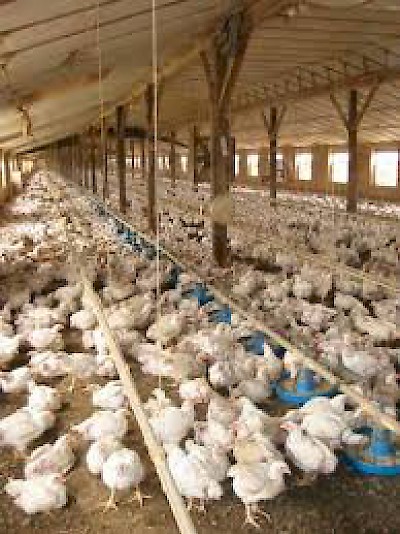 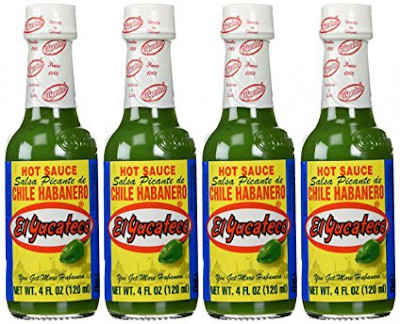 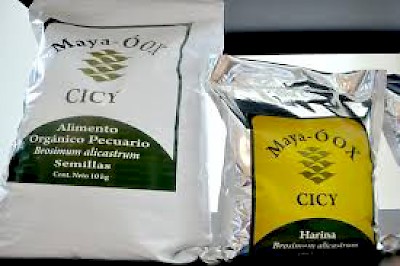 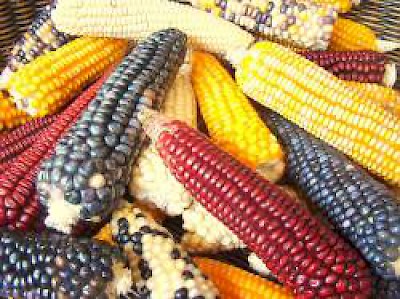 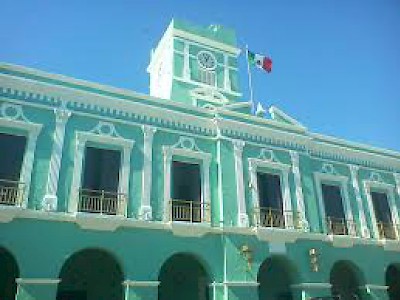 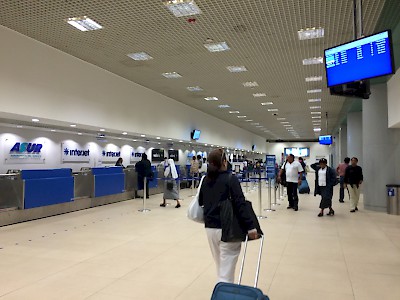 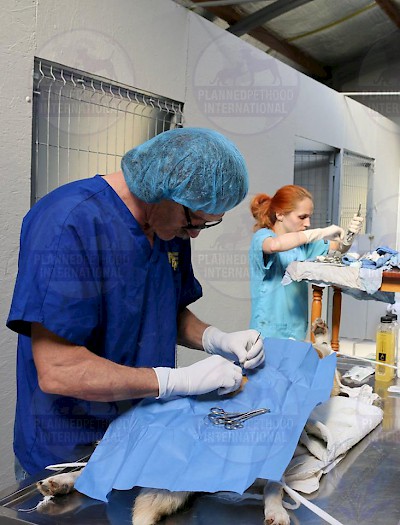 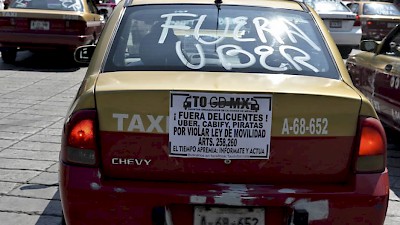 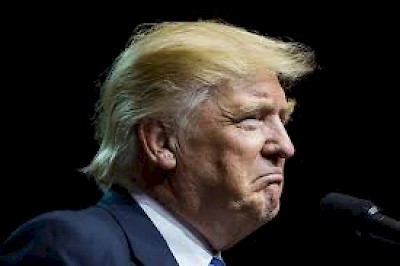