This is a story as old as the spread of human beings across the planet, but it is a story that has a warning for all of us for the future. In the ninth century, the population of the Yucatan Peninsula was growing rapidly. The society was complex and depended largely on trade. The central portion of the state was a major gateway between the two continents. Deforestation was in full swing because fields were needed to grow crops to feed the rapidly growing population. With no above-ground rivers for irrigation, drought set in. With no trees, larger mammals, such as deer, moved away, leaving the Maya with the loss of another food source. At the same time, instead of traders having to make long, overland trips, they began to go around the peninsula by ship. Taken together, these events caused people to simply move away. Craftsmen and artisans left and the political and economic structures decayed and quietly died off. This research study was published in the August 2012 issue of Proceedings of the National Academy of Sciences by a team of scientists from major universities and government agencies from across the United States. The team suggests that humans today would do well to pay attention to their current environmental actions and reactions. Here in the Yucatan and in other places around the world, we may very well be traveling down this same path to a catastrophic collapse of our own making.

Mexico’s INAH has a total of 189 historically significant sites in their custody. At the present time, Google has created Street Views of thirty of these sites, with eighty expected by the end of this year. INAH and Google are working together to eventually have all 189 of these important archaeological sites categorized. Google Maps Mania has a growing list of these Street Views and the quality is excellent. The Street Views are being created by having a photographer ride around the sites on a tricicleta. We were pleased to see that Google Maps Mania, as of now, is leading their parade of archaeological stars with Yucatan’s own Chichen Itza. …and, by the way, although Chuburna probably isn’t on a par with Chichen Itza, we have it on good authority that the Google Street View cameras were out there one day last week, so it won’t be long before potential expats can tour down the beach roads as if they have already moved to Yucatan!

This week, as politicians prepare to be installed in their new offices and government workers prepare for the clean-up, fix-up and paint-up that takes place with electoral changes in Yucatan, CONAFOR is doing its part as well. They are currently distributing millions of plants in an effort to reforest the entire State of Yucatan. One shipment has already arrived at a local Merida nursery where a group of 500 men will soon head out to properly plant the trees. This particular shipment is mostly of cedar and mahogany trees, both of which are hardy survivors and fast growers in tropical climates, and which used to grow abundantly on the Yucatan Peninsula. We are thrilled that planting trees is a part of the new program in the Yucatan and hope it continues indefinitely.

The Yucatan Country Club has long been considered to be one of the three best golf courses in Mexico. The Director of the Yucatan Country Club, Roberto Vales Kelleher, has recently announced that the Yucatan Country Club’s now famous PGA greens will host the first stage of the Mayan World Open. There will be a full week of activities to go along with this event, including a fashion show and a concert by the Symphony Orchestra of Yucatan. The Mayan World Open will begin on Sunday, September 2, with the classification of players. According to the PGA Latin American Tour website, this tournament will begin on Monday, September 3, and end on Saturday, September 8. Visit the PGA Latin America website to see all eleven tournaments in seven countries that will make up the total PGA Latin America tour.

Through the website of the American Anthropological Association, the Society for Latin American and Caribbean Anthropology (SLACA) has announced its Fourth Annual Spring Conference. The conference will be held at UADY on March 20, 21, and 22, 2013. The theme will be Post-National Transformations: Culture and Politics in the Greater Latin America and the Caribbean. The announcement is being made now because there are important deadlines that need to get out to the anthropological community.
Important deadlines:
September 31, 2012, submission of abstracts and sessions
November 1, 2012, announcement of the pre-selected abstracts and sessions
November 2, registration for the conference begins, through the AAA site
January 15, deadline to register for the conference
March 1st, 2013, publication of the preliminary program
March 20th, beginning of the Conference in Merida, Mexico.
Further information: Visit the SLACA Meetings webpage

There are 201 children in the newly formed Sinfónica y Coros Esperanza Azteca Yucatán. They were chosen from a group of 374 children who began their musical studies just three months ago. One hundred of these children will sing in the choir and the other 101 will play instruments.

Until now, these children have all been working with a cardboard replica of the instruments they would eventually learn to play. This past week, their real instruments arrived and were presented to these soon-to-be musicians. By the time they got their own instrument, many of the children had tears of joy, relief and gratitude in their eyes.

We are told that they will not only quickly learn to play their instruments, but will be ready for their first proper concert within six months. Although this particular group is based in Progreso, they are part of a much larger project that extends as far south as El Salvador and Peru, and is patterned after the El Sistema program in Venezuela. We hope everyone will make a special effort to go and see them perform when they are ready, or maybe even encourage them along the way. If the children can be united across international boundaries by music, perhaps there is more hope for the future than it sometimes seems.

This past week, the sixth semester students of the Bachelor of Administración de Empresas Turísticas from Centro Universitario de Valladolid put on their quarterly review with costumes, dresses and accessories made from bottle caps, plastic bags, newspaper and paintings. The name “3R” Catwalk came from the mantra of green living: reduce, reuse and recycle. Even the décor of the room included centerpieces with newsprint flowers and balloons. There were three categories in which four teams were in competition (casual attire, swimwear and evening wear) and the offerings in the swimwear event stole the show. This event was such a success that the tourism students were encouraged to continue holding these types of events to highlight what they have learned while studying in their eco-tourism classes. We would love to see something like this come to Merida and hope they take their 3R Catwalk on the road so that the rest of us can enjoy it too!

Everything began with a 7:30 AM bike ride. When that was completed, there was rapid testing of glucose, cholesterol and blood pressure, all taking place in the courtyard of City Hall. High school students who had been participating in the Five Steps for Health program then participated as health promoters and gave a demonstration of aerobics. If this scenario sounds like it may have been taking place in suburban Canada or the United States, think again. This is how Senior Citizens’ Week ended in Peto, a town of about 18,000 in the far southern cone of Yucatan. Peto is one of those places where the past meets the present and they both thrive. Bicycle Yucatan shows just how much the past is still evident in Peto, but the ending of Senior Citizens’ Week shows just how interested the people of Peto are in living a healthy lifestyle in the 21st century.

Price of Eggs Going Up

According to the Southeast Poultry Association, there is no shortage of chicken or eggs in Yucatan. In fact, each week, Yucatan produces 1.5 million broiler chickens and 23.4 million eggs. This has led some to accuse producers of arbitrarily raising prices because of the egg shortage in Jalisco. Yucatan’s producers say that the shortage in Jalisco has nothing to do with the reason their egg prices have to rise. The problem is that feed and gasoline are going up at an ever-increasing rate. Feed prices jumped 40% just in the month of July. Talk of lifting tariffs on imported eggs is frightening to them because other nations, with producers shored up by farm subsidies, will dump eggs into the Mexican market. Yucatan’s farmers cannot bring their prices down and have no subsidies. If they are undersold, they will simply go out of business and yet another Mexican agricultural industry will fall victim to unfair international trade practices. So far, it is expected that the price of eggs will rise to approximately $28 pesos per kilo. Our thoughts are with Yucatan’s poultry and egg producers as they attempt to weather this storm. 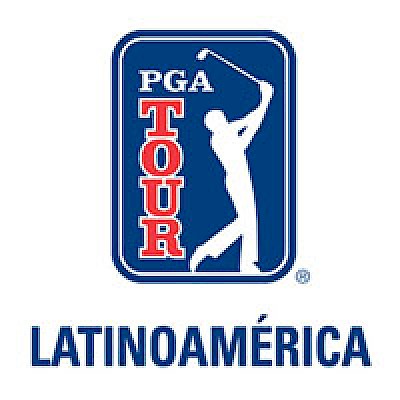 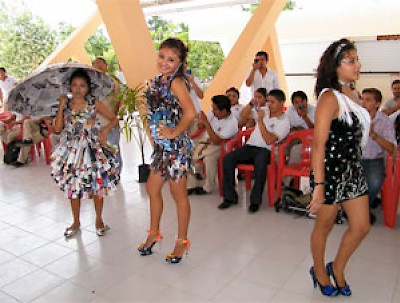 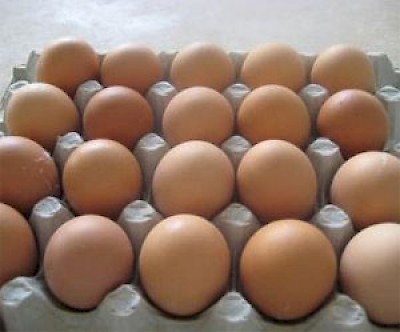