Mexico has made dogfighting a felony with some of the strictest penalties in the world. All dogfighting in Mexico is now illegal and anyone associated with it will face lengthy imprisonment and huge fines. This includes everyone from organizers, venue owners, fighting and bait dog trainers and even spectators.

Until now, most states in Mexico prohibited dogfighting, but now the laws are nationwide and have some big teeth. We are proud to see the Mexican government taking a strong stance against animal cruelty and bringing its profiteers to justice.

For our readers who are not familiar with Yucatan’s weather patterns, May is the hottest month of the year and is in the part of the year known as the dry season. The weather is dry as dust and the heat gradually builds until the sky bursts with about 20 minutes of hard rain. Then, the rain stops and the sun begins to boil the water away. For about an hour, the Yucatan Peninsula becomes a free sauna.

Please stay hydrated and out of the sun during the hottest part of the day, from noon until 4:00 PM. This is especially important for senior citizens, children, and anyone with health impairments. Turn on the air conditioner and practice the fine art of siesta! By the way – look at the calendar – the wind is picking up and we are less than a month away from hurricane season.

The municipal employees in the photo at right were honored by the Mayor of Merida for their role in making Merida the best city to live in Mexico. The employees showed their gratitude by saying that working for the City of Merida is a pleasure and a privilege because they are treated with great dignity and respect.

Yucatan Living would like to add our thanks and appreciation to the Mayor and citizens of Merida. The city’s foreign residents deeply appreciate the help we are given by municipal employees as we learn the ins-and-outs of living in this wonderful city. Thank you for everything you do for us.

Merida Is First in Business and Employment Again

Merida is the first municipality in Mexico to put business and renewal procedures online. By tapping into the Rapid System for Opening Businesses, Merida has become the second best city in the country for opening new businesses and boasts the lowest unemployment rate.

This positive trend is compounded by several other encouraging growth indicators:

This is a wonderful time to be living and working in Merida and in the State of Yucatan.

The legislators of Yucatan’s 10th Children’s Parliament have demanded respect for their rights, education, good health and non-discrimination; but it was the speech by Fernando Balmes, President of the INE in Yucatan, that could serve as a signpost for the world. He emphasized that including young children in the democratic process ensures that they will grow up to be productive, politically mature citizens who have the ability and drive to protect and develop their culture.

Yucatan has always valued its children, but it has only been over the past 20 years that children’s groups have organized and rather informally become part of the spirit that chooses the direction in which Yucatan will grow. Growing up in such a culture has made these children morally and politically developed beyond their years. They believe they can change the world – and so do we.

The Governor of Yucatan traveled to Houston, Texas, for the inauguration of the 2017 Yucatan International Expo. He was accompanied by Yucatan’s General Coordinator of Advisors and the Yucatan State Secretary of Rural Development. They were met, in Houston, by the Consul General of Mexico. At the Expo, they met with Hispanic entrepreneurs from all over the United States, but were particularly attentive to developing relationships with Hispanic businesses in Texas. During the opening ceremony The Governor of Yucatan told them that, “The economy of Yucatan is experiencing a very important moment, particularly in the manufacturing sector, because our economy has been growing in double-digits for more than two years. A total of 33 firms from Yucatan were represented at the expo, which highlighted food and research agreements between universities in the Mayan world and Texas. While there, they attended a dinner honoring the 40th Anniversary of the Hispanic Chamber of Commerce of Houston. All 2,000 members were there, plus Latino entrepreneurs from across the United States, the president of the Hispanic Chamber of Commerce of Houston, and the Mayor of Houston. Yucatan has become a successful player on the world stage, and the Governor was careful to note that Yucatan’s success is helping to open doors for Campeche and Quintana Roo as well.

For some time, Izamal has had one of the most impressive video mapping shows in the Yucatan. Now they also have a group of over 50 artisans whose work includes producing a variety of handicrafts and traditional medicines. This doesn’t appear to be an ongoing event, so look for them on Catholic holidays (Easter, the Day of the Virgin of Guadalupe, Christmas, and Three Kings’ Day).

We hope it will be a big enough success to take place more often. In the meantime, please enjoy this video mapping clip!

After the recent case of rabies, Progreso had intended to round up and euthanize all stray dogs and cats. However, animal rights groups stepped in and persuaded the municipality to pick up the animals for deworming vaccination and spaying/neutering before putting them up for adoption. Animals that are not adopted will be allowed back on the street with tags indicating they have been vaccinated.

In the end, only the original rabid dog and the three dogs under observation were euthanized.

Proposals for new municipal animal regulations were suggested and the following points were consistent:

People living near the beach—both locals and expats—have worked toward this for almost 20 years. It is sad that a rabies incident is finally resulting in formal animal regulation laws, but these laws will improve the quality of life for the animals, for the people who live here, and even for the tourists who only come to visit for a few hours.

The 4th Yucatan International Beach Soccer Cup, played on the soccer field of the International Malecon in Progreso, provided a spectacular end to Spring Break in Yucatan. Winning teams and individual athletes received prizes, but the best new thing to come out of this event is the realization of how far Yucatan has come on the international sports stage. It looks as if the 2017 Summer of Soccer is going to be quite a season!

Look out for the next international soccer tournaments in Progreso will be in July and August.

It has been another confusing week for relations with Mr. Trump, who began the week raging against Canadians for buying their own milk instead of milk from the U.S. To punish them, he put a 20% tariff on soft wood they are exporting to the U.S. The tariff resulted in a rise of 20% in the price of the wood to American customers and Canada began talking with China about exporting the majority of Canadian soft wood to China instead of the U.S.

Also, early in the week, economic officials of Canada and Mexico were in conference concerning contingency plans for supporting each other should the U.S. pull out of NAFTA.

Further embarassment resulted on Tuesday, when the World Trade Organization placed sanctions of $163 million a year against the U.S. to reimburse the money Mexico lost to false U.S. claims of violations by Mexican tuna fishermen.

By mid-week, Mr. Trump reversed course on NAFTA, deciding to renegotiate the deal with Canada and Mexico over NAFTA after all.

Mexico has announced that it is willing to negotiate, but is completely prepared for moving its economy forward should NAFTA be dissolved.

As evidence of burgeoning global trade prospects, at the week’s end Mexico opened a new market by exporting 23 tons of beef to the Middle East where it has been approved in the Global Halal Market. 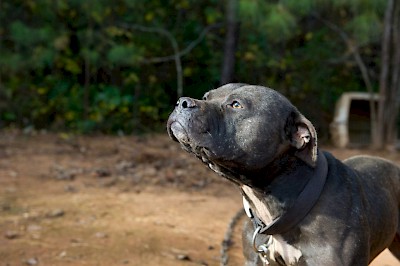 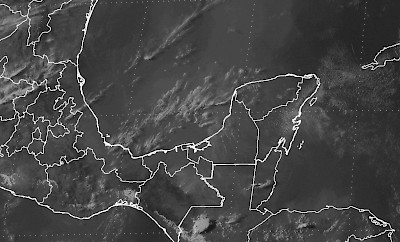 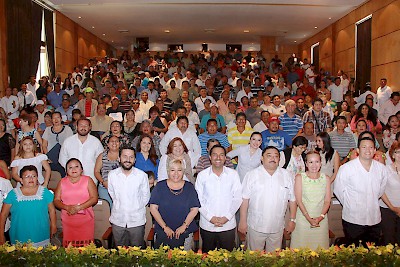 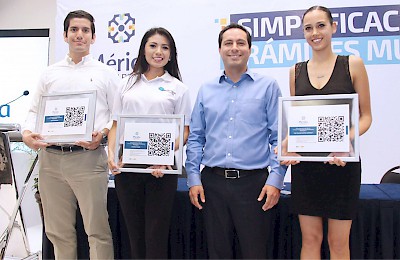 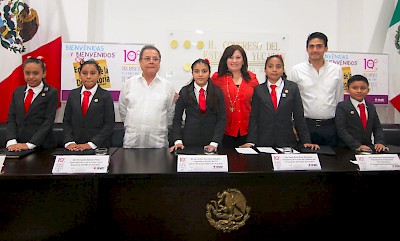 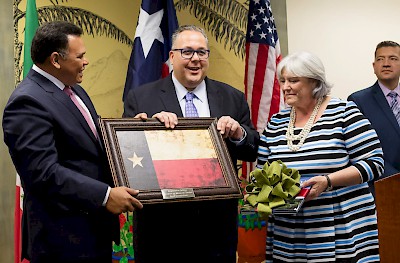 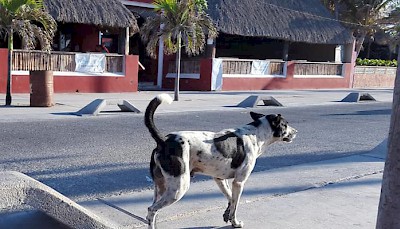 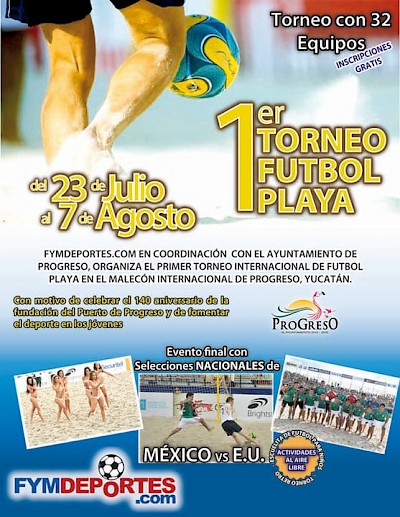 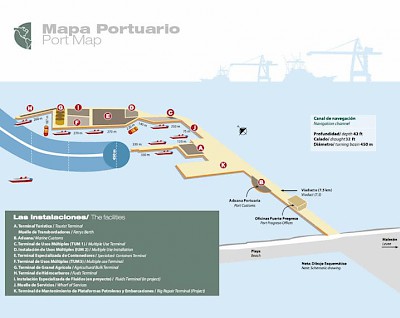