The long awaited Yucatan Living Jobs Board has arrived! If you have a job for an English-speaker or if you speak English and want to work in Yucatan, you have come to the right place. Look to the right of this page, in the list of categories and you'll see Jobs in Yucatan. Anyone looking for a job should email info@yucatanliving.com with a synopsis of what they want, their qualifications and their contact info. Anyone who has a job opening should do the same!

Winners of the Ruta du Chocolat 2012

The Solidaire du Chocolat 2012 ships have arrived and the winners are the team of Jorg Riechers, of Germany, and Marc Lepesqueux, of France. They made a triumphant entrance into Progreso aboard the Mare. This race is the only one of its kind for Class 40 sailboats and, since it is also associated with quite a few charitable projects, it only serves to deepen the relationship and friendship between Yucatan and France. The race itself has gone smoothly and we are happy to report that all of the boats arrived safely into the arms of their adoring public in Progreso.

As Progreso grows, so do its buildings of importance. This past week saw the opening of the Villa Solidaria del Chocolate on the Malecon. The building is just beautiful and offers a great new cultural center where residents and visitors can take advantage of the growing friendship between Yucatan and France. Thank you so much to Progreso Hoy for sharing this beautiful video of Villa Solidaria del Chocolate on YouTube.

Everybody hears about Semana Santa (Holy Week) in Yucatan, and many connect it with Spring Break. In truth, its both – and it isn’t one week long, it lasts for two weeks. The week before Easter, beginning with Palm Sunday (Domingo de Ramos) is a week that the faithful always want to be in Yucatan. In some small towns, the Stations of the Cross are walked and read every Friday during Lent. Holy Thursday, the day before Good Friday, often has a Last Supper and Foot Washing mass to begin the Easter weekend. In Valladolid, this particular mass is held in the garden of the Cathedral to also pay tribute to the Vigil of the Apostles. See Yucatan Living’s Passion Of The Christ in Acanceh for a great Good Friday event. Easter Sunday, however, is a time for mass and spending a quiet day with family – or a not-so-quiet day at the beach. The next week is Easter week. Most students are still out of school and Spring Break is in full swing throughout Mexico. Whether you are in Yucatan during the Holy Week before Easter or the holiday week after, its best not to expect many offices to be open and, for those that are, don’t be surprised if there is only a skeleton crew at work.

While reading the paper this week, we found a very short story about a 30-year old housewife who goes to college free online. Details were sketchy, so we turned to the Internet and began to guess at search terms. It took a little while, but we found it! It’s UNAD (the Open and Distance University of Mexico). UNAD is part of the e-Mexico educational initiative which is, in turn, a program that is part of the National Secretariat of Education in D.F. We could hardly believe what we were reading and searched the site for tuition fees. On the UNAD FAQ page, we found our answer. “The courses offered by UNAD are free.” and “Please note that exams are free.”  UNAD also stresses that this program has been especially designed for those who find it too difficult to attend a regular university because they are limited by social or economic hardships, geography, or physical or sensory disability. The programs offered by UNAD include: Tourist Business Administration, Management and Administration of Small and Medium Enterprises (SMEs), Biotechnology, Community Development, Software Development, Renewable Energy, Logistics and Transport, Mathematics, International Marketing, Public Safety, Higher Technical Degree in Medical Emergencies, Environmental Technology, and Telematics. If you know someone who cannot attend a regular university in Yucatan, for whatever reason, please pass  the UNAD link on to them.

Hail the size of ice cubes and 59 mile-per-hour winds hit parts of Yucatan last week and quite a bit of damage was done to El Parque Zoologic del Centenario. In all, 28 trees – some of them over 80 years old – were either severely damaged or completely ripped out of the ground. Zoo officials say it is going to take a bit of time to get the trees all either replanted, pruned or replaced, but they hesitate to move too quickly because the noise of large machinery and that much activity has the potential to stress the animals. Since this zoo is part of several international breeding programs for exotic animals, this kind of stress should be avoided if at all possible. (In fact, we just read recently about the birth of a few jaguars at our beloved zoo... you can read about the jaguars here.) The zoo actually was quite lucky. Only two eagles escaped and one has already been found and returned to his cage. The other, they are certain, is nearby. For our readers who wonder what to do with children in Yucatan, please visit the website of El Parque Zoologic del Centenario. For now, Animaya Zoo is still open for all visitors.

For those who do not remember, Semillas Tzucacab is a project in which young Californians and Yucateco professionals work with five local students in their last year in an agricultural high school in Tzucacab. This project is funded by generous individuals, by fundraisers, and by donations through PayPal. This coming week, there is a speaking tour that will swing through California so that people there can learn more about the program. Please view the Semillas Tzucacab Speaking Tour Schedule and, if you are near one of the locations, do plan on attending.

The National Migration Institute (INM) has reported that, during 2011, 2,963 foreigners applied for an FM3 in Yucatan. It is also noted that many of these individuals purchase property and, soon, their friends and family follow. This kind of migration is expected to boom in 2012 because of what they term the “Mayan End of the World Prophesies.” We seldom see a tourist who can come to Yucatan only once, so the several million who are expected in 2011 will, most likely, come back and swell the number of FM3 applications by a significant percent for many years to come. Whatever the outcome, this is one interesting statistic to watch as the years go by.

Colorado State University researchers are predicting fewer than normal hurricanes for the 2012 season. However, before anyone relaxes too much, it should also be noted that, in years when there are very few hurricanes, those storms often turn out to be bigger and stronger than in years when the numbers are greater. Hurricane Andrew, which hit Florida and much of the southern and eastern coast of the U.S., is just one example of a big storm in a year that had very few named storms. This research was brought to us by Steve Fry, who has written his own article on this topic on his website: Yucalandia.

Evidently, there has been something killing chickens and ducks in Ticul lately. Some say they have seen a strange and very large bird in the area, and suspect it is responsible for the deaths. These incidents come complete with all of the blood having been drained from the birds, as well as two holes at the top of the wings of the victims. As the attacks grow to include attacks on pigs, sheep and other livestock, more and more rumors of a flying Chupacabra are developing. Throughout the years, the mythical Chupacabra has been blamed for all sorts of unexplained animal deaths around the world and Yucatan has certainly had her share. No one can imagine what this new bird, with its ability to attack animals of all sizes, really may be, but we’re watching the news and will let you know if Yucatan finally has a captured Chupacabra. 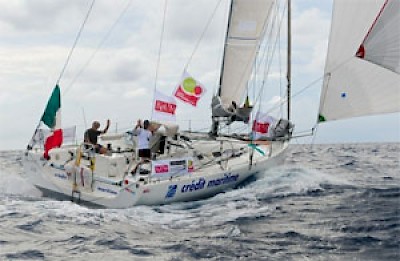 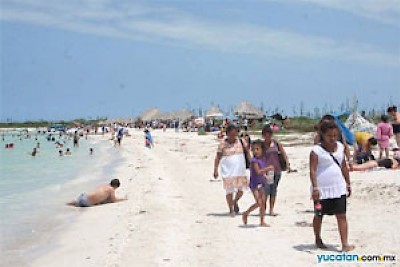 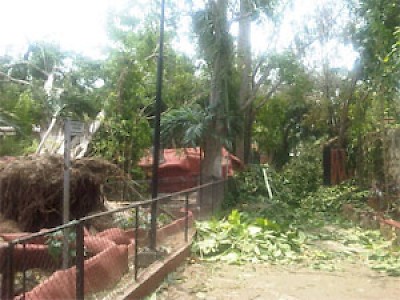 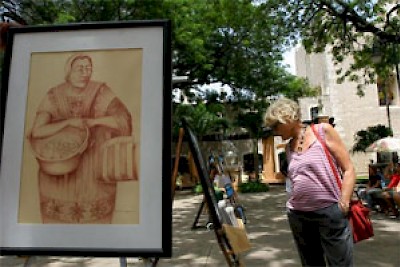