Bridging Cultures: Who Imports Those Clothes?

Thousands of indigenous ladies, all across Yucatan, turn out exquisite embroidered clothing year after year. Where does it go? Who imports it? Are they being paid a fair price for their work? They are if they know Tressa Castro. This lady lives in San Antonio, Texas, and has grown a business from a little neighborhood business in her living room to a multi-location wholesale business. She now has customers from as far away as Spain. The most wonderful thing about Tressa Castro is that she is a responsible human being. She educates her customers about the history of the garments she brings them and she educates the ladies who do the embroidery about fair trade. It is amazing to see a wholesaler teaching indigenous women how to get more for their work, rather than trying to get their work from them for less. To learn more about Tressa Castro and what she is doing for the women producers in Yucatan, visit Nativa Fine Mexican Clothing.

Michigan Does It Again: Medical Care for Crippled Children

It seems that a week never goes by that someone or some organization from Michigan doesn’t participate in supporting one or more community service projects in Yucatan. This week, its GraMedica and the students at Barry University’s School of Podiatric Medicine. Together, they put the school’s annual 5K Run/Walk and Variety Show, called “Heal the Stride,” and raised nearly $4,300 for the Yucatan Crippled Children’s Project. Yucatan has an increasing number of expats who are originally from Michigan and who are quite active in any number of community service organizations here in Yucatan. Our thanks to GraMedica and to the students at Barry University’s School of Podiatric Medicine for recognizing the need in Yucatan and for making dreams come true by providing medical care for crippled children, as well as kudos to all of our hard working Michigan expats. All are deeply appreciated.

The tourism ministers of the G-20 nations met in Yucatan and quite a number of celebrities where there to offer their take on various facets of tourism in the future of Latin American nations. They included the President of Mexico, Carlos Slim, and even Robert Redford. It was interesting to note that Chile’s economy is growing at such a rate that it is expected to increase tourism at a much faster rate than even Mexico. Robert Redford spoke on the need to develop sustainable tourism while, at the same time, protecting the environment. For any who might believe that tourism is not an important part of the economy of Latin America, it is worthy of note that this is an industry that generates $250 billion dollars in exports, contributes 9% of GDP and supports one in ten jobs. Tourism is also important because it brings people from different cultures together and, by extension, brings their nations together. We look forward to the June G-20 Conference to see how tourism in the Americas fits into the overall economic picture for all of the G-20 nations.

Now, that’s a headline that will make you stop and read, even if you were not originally interested in birds or Florida. However, since the birds in the article were migrating north from Yucatan, we stopped to see what they were talking about. It seems that some of our birds from Yucatan were on their way north when they ran into the latest tropical storm. Not to worry about the birds. They simply sat down in Florida and took their own mini-vacation until the danger passed. This is called fallout. The best thing about this incident was that birders in Florida were able to see some migrating birds that they haven’t seen in anyone’s recent memory. Bird watching is a hobby that fascinates millions, around the world. We are lucky to have the numbers of birds that migrate to and through Yucatan each year. Perhaps, this Fall, the birders of Florida will come down to Yucatan, where they will have plenty of time to see all of the birds that landed in their backyards during the rare bird fallout. If you are a bird watcher, keep time available in your November and December schedule to participate in some or all of the events in Yucatan’s annual Bird Festival.

It has been several years since the first tilapia ranch began in Yucatan. Most thought the above-ground ponds quite odd and wondered if much would come of it. They didn’t take the skill of the Yucateco fish farmers into account, nor the ease of growing this hearty fish. More than a few expats include tilapia regularly in their diets. Today, Yucatan producers keep a steady supply of tilapia headed out for export and Yucatan tilapia has actually made it to the web pages of MexGrocer.com. This week, MexGrocer has published a great tilapia recipe in a very nice little article by Dave Dewitt, recent visitor, along with his wife, to Chelem. While they were in Yucatan, they visited a tilapia ranch and wrote about their experience. Dave’s article and recipes can be found on MexGrocer.

UADY: What Goes On Over There?

As expats make their way through the centro, the streets regularly fill with thousands of young adults, all seemingly in a rush to get somewhere and all seemingly headed in the same direction. Who are these busy young people and where are they going? Chances are they are students at UADY and they are either rushing to or from class, or they are headed to or from a conference at the school. This week, there will be conferences on the environment, hosted by the Department of Architecture, on the place of mercados in an era of economic globalization, and on health problems in the 21st century, hosted by the Medical School. Many of these conferences draw attendees from around the nation and the world. UADY continues to grow in size and importance and Yucatan is blessed to have this university, as well as almost 20 others, right here in Merida.

Sometimes, the rest of the story is as important as the headline. Jose Lino Montes is a young man from the southern part of the State of Yucatan. He is affectionately called Hercules and will represent Mexico, as a weight lifter, in the 2012 Olympics in London. His parents rarely see him because he is away for months at a time for either coaching or competition. Now, their younger son, age 16, is following in his brother’s footsteps and is good enough to be away in Mexico City and scheduled to continue traveling for competition, rather than coming home. While both boys have stipends that should cover their expenses, the parents often have to stand in the gap when money for supplies or plane tickets home runs short. This is a hardship on a family with other children to support and has kept the family from finishing much needed repairs to their home. We are all so very proud when an athlete from Yucatan brings honor to Mexico. This time, we would like to congratulate the parents and siblings of both of the Montes Gongora weight lifters. Their hard work and sacrifice have made it possible for all of Mexico to shine in London this summer. No matter the outcome of this summer’s competitions, these parents are the clear winners. We hope they get to see both of their boys soon.

The last days before the end of the school year are filled with boring end-of-the-year standardized testing and children, the world over, wishing they were outside in the sunshine. Children in Valladolid not only got to get out of class, but got to learn something while they did it. This past week, there was a simulated escape from a fire in Valladolid. The children played the victims, while the Red Cross, the Municipal Police and firefighters “saved” them. This type of exercise is far more likely to be remembered by children than classroom instruction by officials. Hopefully, there will never be a need for any of these children to put what they have learned to use. However, if there is, they now know how to get out, where to go, and what to do if they are hurt. We also suspect that a few of these participants will be so impressed with an exercise such as this that it will inspire them to continue their studies so that they can be the rescuers of the future. This exercise was a wonderful idea and all of the agencies that participated in it are to be commended.

Here is a question that no one really knows the answer to. Environmentalists say yes. The encroachment of cattle farming, human settlements, the snake skin trade and the pet trade all are serving to spell the end for Yucatan’s smaller cousin of the Anaconda. Biologists say there are no studies that show if this is true or if it isn’t because the original project to survey this snake’s numbers was never fully funded. For now, Yucatan’s boa, non-poisonous and not a danger to humans, is on its own. Hopefully, we will not find out the answer to the question of whether it is headed for extinction by discovering, one day, that no one has seen a Yucatan boa in a very long time. With 87 species of reptiles calling Yucatan home, it is estimated that almost 40 are at risk and noted that there are very few studies available to measure their current status or to predict their future.

Its sad to say that misfortune in one place often leads to increases in other places, and such is the case with security. Twenty companies, from the less secure areas of Mexico, have now expressed an interest in moving to Yucatan. There are several reasons for Yucatan to encourage these companies, not in the least of which is that they will bring higher paying jobs to the state at a time when workers are leaving because of low pay. However, with these new jobs will come an increase in population that is expected to put a strain on housing and health care resources. Balancing each of these variables for the benefit of all is going to be a narrow passage to go through if it is to be successful, but this is an opportunity that doesn’t come around often and Yucatan is blessed with the security to make it happen.

This week, during the Day of the Marina ceremonies, it was announced that ten weather events are predicted for the region during hurricane season this year. Six are predicted to be tropical storms, two are predicted to be hurricanes and two more are predicted to be hurricanes that have already been degraded before reaching the peninsula. Then, terminology was addressed. Hurricanes, they said, develop in the Pacific, while these same weather events that develop in the Atlantic, the Caribbean or the Gulf of Mexico are called cyclones. Many of us are accustomed to using the term hurricane for all of these weather events. However, what this differentiation in terminology now means to us is that we should not be looking only for hurricane warnings during these months, but cyclone warnings as well. Although Yucatan does not often get hit directly by hurricanes, we have had hurricane rain events sit on our area for up to a week, so do be prepared, just in case. 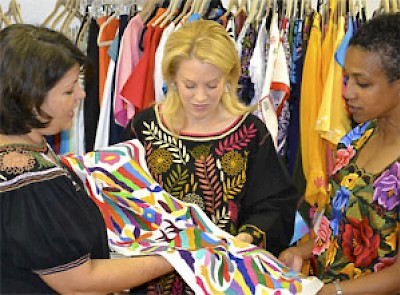 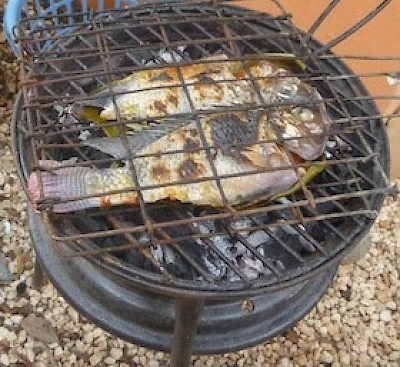 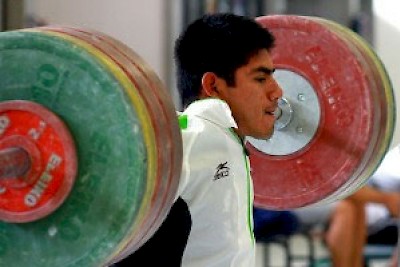 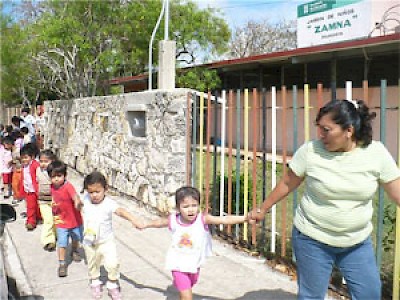 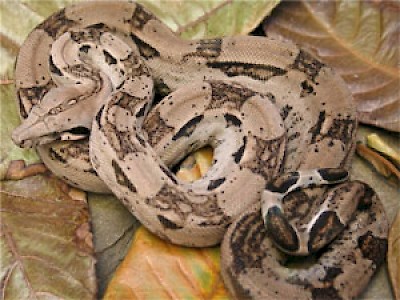