The scientists at the Meteorological Observatory at UADY are predicting an El Niño drought for this state, especially during the month of April and on through the summer and fall months. These conditions, i.e. periods of extreme heat between cold fronts, along with an active hurricane season and warming of the waters in the Pacific Ocean, are exactly the same as those that produced Hurricane Isidore in 2002. We cannot suggest strongly enough that everyone hope for the best and prepare for the worst. In the meantime, a backyard garden might be a better idea than ever.

This week, we received multiple requests from individuals interested in church services for denominations other than Catholic and non-denominational. Since religion is a topic that does not often come up, we thought we would give our readers links to at least two of the mainstream Protestant churches that are here in Yucatan.
Methodist: Rose of Sharon Temple (Templo "La Rosa de Saron"). You can find them on the Templo La Rosa de Saron Facebook page. Their address, phone number and e-mail address are all on their "About" page.
Baptist: Iglesia Bautista Merida Norte A. R.
Assembly of God in Mexico: Iglesia Emanuel
To find a listing of more churches, with a variety of denominations, and religious organizations, please go to Yucatan Living’s Service Listing online document, where all necessary contact information is provided.

The 2014 International Hurricane Seminar was held in Merida this past week and scientists announced that hurricane activity this year is expected to be 60% above normal. They declined to predict a specific number of hurricanes to be expected, nor the strength of those hurricanes. They did state that both the Atlantic and Pacific oceans will be affected and reminded us that Yucatan has the potential to be affected by hurricanes that come out of both areas. While we usually wait until June 1 to ask residents to begin preparing for hurricanes, this may be a year when it is prudent to begin a little early. There is plenty of information online about preparing for hurricanes, so please do take advantage and make sure that your families, your pets, and your neighbors are safe. Please be certain to read all of the documents provided by Civil Protection of Yucatan (PROCIVY) . If you cannot read Spanish, please have someone help you so that you and yours will be safe during the upcoming hurricane season. And you might want to read our article on Hurricanes in Yucatan.

As many current residents already know, the burning of the fields is an integral part of agriculture in this region. As a matter of public safety, the State of Yucatan releases a schedule of burnings each year, giving those who need to protect themselves an opportunity to do so. This year’s burning schedule, along with the locations of local fire departments, is online at the 2014 Yucatan Schedule of Agricultural Burning. It might be of interest to expats that incidents of wildfires are down this year, which lends support to the public education programs put on by firemen throughout the state.

Gringo in Mexico Came to Valladolid

The unicable pay television channel of the Televisa Network sent the stars of their show, Gringo in Mexico, to Valladolid. There, Erika Honstein and Robert Alexander tried out all of the local markets and tasted the most common local dishes. They also took in the sights, including the artisan markets, Cenote Zaci, and the flamingo and crocodile sights along the coast. Sometimes, we forget just how much there really is to see in the very northeastern corner of the State of Yucatan. Perhaps seeing this show will give us a fresh view of the wonders we often take for granted.

Over 5,000 visitors from Brazil, the United States, Japan, Russia, Spain, and other nations watched as the Rain God Chac won out over the Great Plumed Snake God Kukulkan with just a few drops of rain. As many visitors grew discouraged and left the area, the sun came out and Kukulkan regained control with all seven inverted triangles of light showing along the staircase of El Castillo. In the end, the contest was declared a rare tie. The next day, March 22, almost 30,000 people came to pay tribute to the coming of Spring in Yucatan’s Archaeological Zone. Tourism officials are pleased to report that the numbers of visitors continues to grow each year.

On the eve of Semana Santa, Conagua has given the beaches of Estado de Yucatan the designation of “Clean Beaches,” meaning that the water is safe for swimming and recreation. This designation was not earned as a squeaker. Coliform density was almost half of what they would have needed to qualify as Clean Beaches, so this is an honor earned with many points to spare. All of Yucatan’s beach towns are to be congratulated for their dedication and hard work on this issue.

A traveling circus came to Dzidzantun with a black bear, a lion, a Bengal tiger and three spider monkeys all suffering from severe injuries. Profepa immediately stepped in to rescue these animals. The black bear and the monkeys are on SEMARNAT’s endangered species of native flora and fauna, while all of the animals were judged to have been severely abused. The General Wildlife Act can charge the owners and operators of the circus up to 50,000 times the minimum wage, as well as confiscate the animals. As the animals have already been confiscated and sent to Centenario Zoo in Merida, they are safe and receiving the care they need to recover. At the present time, a law prohibiting the use of live animals in any kind of entertainment is working its way across Mexico. That one is having a hard time, but at least everyone is on notice now that the kind of abuse suffered by these circus animals is not something any circus owner wants to bring to the State of Yucatan. We are thrilled to see that this happened and hope that more animals will be rescued in the months and years to come.

In order to maximize the potential and safeguard this important ecosystem coastal site, it has been decided to consolidate the tourism activities surrounding the topic of the Chicxulub Crater as a site for local, national and international tourism interest. This new site will be a corridor along the old road. It will include a hostel, a tourist center, what they are calling an interpretive center of the Chicxulub Crater, and a new jetty for boat transportation to the three cenotes known as “El Corchito .” The interpretive center will, in all likelihood, take the place of the center in Merida as a more logical place to keep information related to the history of the crater. It looks as if Chicxulub’s small village environment is about to go global. Hopefully, the current residents will begin now to develop policies and programs that will preserve the best of life in Chicxulub. 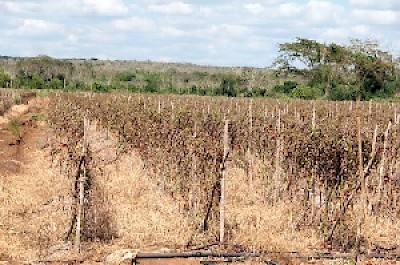 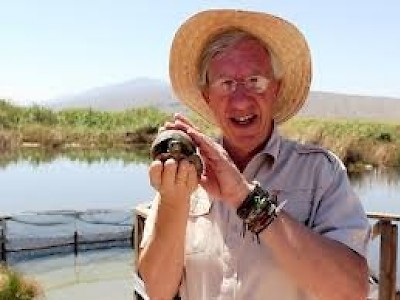 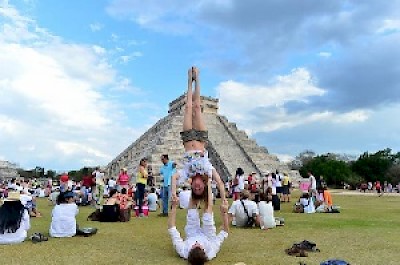 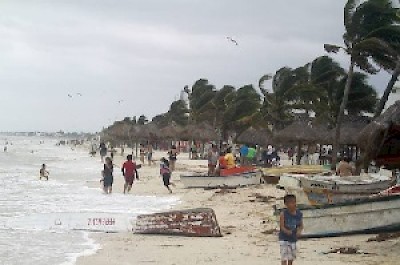 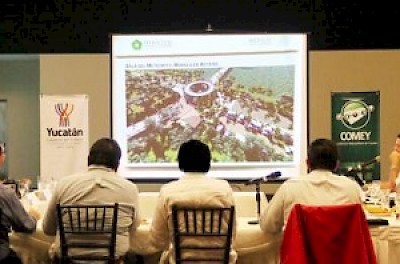