Expat Linda Hardesty-Newell passed away in Merida, Yucatan, on Monday, December 2, 2013. Linda was co-owner, with husband Keith, of Hotel Zamna in Merida. Yucatan Living’s heart felt sympathy goes out to all of Linda’s family and friends. Linda was a dear friend of this writer. She was one of the funniest women I have ever known, and she was the kind of person who actually worked at the art of friendship. I am happy to say that she mastered that art and the world is a better place for her having passed this way.

While the Maya honor their historical past, as a people, they are alive and well and continue to create their own living culture. Through the end of December, Canton Palace will be hosting “Maya Landscapes,” “Threads of Light,” and “We. Contemporary Mayas.” There is something here for everyone to enjoy: textiles, photographs, archaeological pieces, audio and text in Maya, Spanish and English, as well as pottery, hammocks and embroidered huipiles. All of the exhibitions in all of the galleries and museums of Merida are spectacular during the holidays, but this one stands above the crowd. We hope everyone comes to enjoy the Maya’s past, present and future represented by this exhibition.

This week, we read the best blog post opening paragraph we have seen in a long time. These are the sentences that open and close that paragraph: “One of the best reasons to travel is the opportunity to challenge your poorly-held assumptions and purge yourself of them. If someone had taken me, as a child, on a stroll along Mérida’s Paseo de Montejo, and then told that me that we were in Mexico, I would have refused to believe it. My brain would have shut down.” In between, Mike Powell describes the stereotypical view he had of Mexico and how he came to have that view. He is funny, but hits the nail squarely on its head. Visit Mike Powell’s Yucatan for 91 Days to enjoy more of this wanderer’s experience as he travels through Yucatan.

For the past six years, there has been an ongoing, comprehensive study of the effects of agrochemicals and other pollutants on the land and on the population that lives and works there. A total of 15 municipalities in Yucatan participated in this project. Findings showed that blood tests for women with cancer were 98% positive for pesticides and 53% showed levels above national standards. When breast milk was tested in four municipalities, 100% showed pesticide residue, with all of those children now at risk for mental retardation, learning disabilities, and neurological disorders. Exposure to pesticides is also linked to prostate cancer, birth defects, and stillbirth. It was also found that 30% of the water in wells and cenotes in the 15 municipalities are polluted with pesticides. Finally, it was found that pesticides have had negative effects on Yucatan’s birds, fish and amphibians. Currently, Yucatan’s agricultural unions are working toward returning to the farming practices they had before the arrival of pesticides. They are convinced that they can do without agro-toxic chemicals. If any group of farmers can turn the tide away from farming with pesticides, we know it will be the Mayan farmers in Yucatan, with help, assistance and documentation from researchers at UADY.

“It is a merit to achieve this recognition, and a major challenge to keep it” (Pedro González Martínez – director of the lab). The Hemotology Lab in UADY’s Biomedical Department has led the nation in more than a few areas since 1975. They have pioneered in research in a variety of fields, including: platelet aggregometry , antibodies against parvovirus B-19, sickle cell induction , tests for the detection of Paroxysmal Nocturnal Hemoglobinuria, and HIV-AIDS. Since this quality evaluation is made every three years, the staff and faculty of the lab are determined to continue working as a team to have one of the best hematology labs in all of Mexico.

The numbers are in for this year’s state fair. A total of 1,040,000 people came to the fair in X’matkuil and spent $14 million pesos on food alone. Although some sang the blues because 30,000 fewer people attended the fair this year, everyone is already looking forward to the 2014 Fair at X’matkuil because it will be the 40th anniversary of this event. With luck, the weather will be better next year and attendance will break all previous records. When well over a million people attend a fair on the outskirts of any city, without incident, we call that a roaring success in any country! Congratulations to everyone who works so hard to bring us this event every year.

There is a flurry of activity throughout the State of Yucatan as the faithful complete their thanks to the Virgin of Guadalupe for her answers to their prayers throughout the year. In Progreso, there will be a pilgrimage every day from December 1 through December 12. The specific pilgrimages cover every group from infants to red meat sellers in the market, and from fishermen to ladies, primary school children and teens. These pilgrimages will fill the streets and highways with runners, especially as the guadalupanos begin to arrive from other states on December 12, so please be extra careful as you drive through both rural roads and city streets.

Chelem to Get Remodeled Church and New Chapel

We are seeing more and more running events in Yucatan, usually held as a benefit run, but we seldom see where the profits actually went. This time, there was a special ceremony in Chelem in which the Mayor and the local runners’ association presented a check to the Church of the Miraculous Medal for $70,000 pesos from their recent running event. The Mayor then announced that that money, along with additional funding, would go toward not only remodeling the church, but toward building the new Virgen de Guadalupe Chapel. As Chelem continues to grow and prosper, the athletes in the area are stepping up to the plate to support their community. Look for more events of this kind and for bigger and better things to come in Chelem.

Peto Is Growing Too

Headlines from Peto, in the Southern Cone of Yucatan, this week announce that there was a contest among upper class Gastronomy students at Mayab UT that includes everything from main courses and desserts to ice sculptures. At the same time, Peto was having its own cultural festival that included theater events, concerts, culinary samples, the work of artists, opportunities to take advantage of traditional medicine practitioners and a variety of forums related to agriculture and the environment. It does not escape notice that the cultural festivals around the state are perhaps a bit smaller than the ones in Merida, but they certainly are becoming just as significant. Yucatan Living congratulates Peto on the great strides forward it has taken in a very short number of years.

With the first day of December, Christmas decorations began going up in the parks in Valladolid. Stores are stocked with decorations and Christmas is in the air. Words begin to flower with phrases such as “forgiveness is floating on the air.” Helping the needy and righting wrongs gives people a feeling of entering the new year with a clean conscience and a renewed purpose to help others. This is a story repeated throughout Yucatan for the entire month of December. Whether it lasts or not depends on the individual but, for at least one month, villages, towns, and cities are decorated to honor the Christ child and his mother. If you are in Yucatan, do try to get out to smaller cities and towns to see a wide variety of decorative expressions of Christmas. 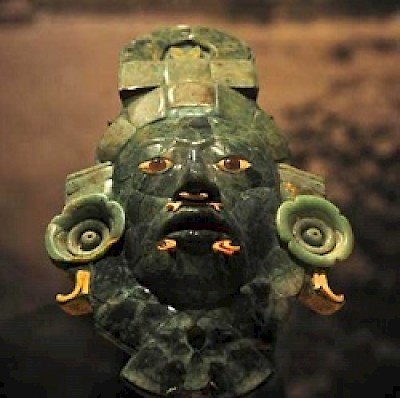 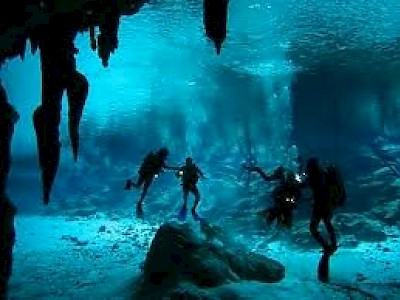 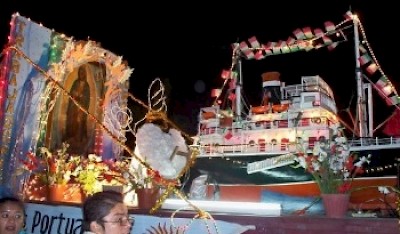 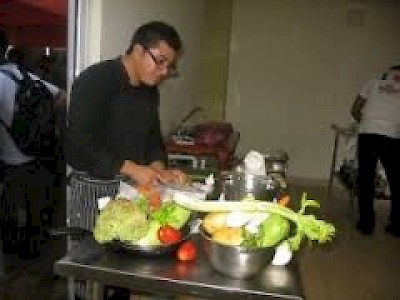