Pope John Paul II loved Yucatan and Yucatan loves him still. Crowds numbering in the tens of thousands met on both Saturday and Sunday, first with special activities on the eve of the actual canonization and then, to celebrate with Pope Frances on the occasion of the canonization itself. The first meeting took place on the site where Karol Wojtyla presided over the Eucharist to hundreds of thousands of people on August 11, 1993, in what is now called Campo Eucarístico de Xoclán. No one slept because live feed of the ceremony from Rome began at about 3:00 AM. On Sunday, the celebration of the canonization of the two popes (John Paul II and John XXIII) as saints took place in every church in the State and, at noon, all of the bells in all of the churches of the Archdiocese of Yucatan rang with joy. Even now, miracles attributed to St. John Paul II are still being claimed and the love affair between Yucatecos and their now beloved saint shows no signs of passing into memory.

Merida is awash with the sound of helicopters flying overhead, as the various presidents of the Caribbean countries arrive for the Sixth Summit of chiefs of state to be held at the Fiesta Americana Hotel and at Siglo XXI. Subjects of discussion will includes infrastructure, transportation between the countries, a regional geospatial information system, and trade facilitation. The meeting coincides with the 20th anniversary of the organization. According to an article written about the meeting, "The Merida Summit on April 30, 2014, coincides with the celebration of the Association’s 20th anniversary, and is expected to underscore the importance of the Greater Caribbean, a region that accounts for almost half of the population of Latin America and the Caribbean and which represents 55 per cent of its total trade and recognise the validity of the Association as a special space for dialogue and co-operation in order to make strides in integrating Latin America with the Caribbean. " During the session, Mexico's Nobel Prize Winner (for chemistry), Mario Molina will speak, and Mexico's president, Peña Nieto, will be delivering the closing remarks on April 30th. A parallel meeting, "Mexico and the Caribbean, Looking for New Opportunities for Business & Investment", will be held at the same time at the Intercontinental Hotel.

If you want reasonably priced plants and want to help AFAD raise money for improvements, please stop by AFAD (on the road to Cholul across from Modelo University). Terry Gentry of Una Luna Flores donated hundreds of plants to AFAD to be sold for improvements. There are quite a few varieties and the staff at AFAD will be happy to sell you as many as you want.
P.S.: You can always pick up a dog or cat while you are there!

With temperatures topping out at 40 C (104 F), it’s time to pay attention to your environment. Heat stroke is a sudden increase in body temperature, caused by prolonged exposure to extreme temperatures. The skin is hot and dry, but there is still sweating, confusion, loss of consciousness, severe vomiting, shortness of breath or trouble breathing. Wear light-weight clothing, preferably with long sleeves and a hat. Stay out of the sun as much as you can. Stay hydrated. Try to stay indoors and avoid the sun completely. Try to bring down the heat stroke victim’s temperature with cold water and change the water every 15 minutes. Every year, someone ends up having a problem with the heat. Don’t let it be you this year.

Everyone is saddened to learn that the chemicals that British Petroleum dumped into the Gulf of Mexico to disperse the oil have made their way to whale shark feeding grounds around Isla Holbox and have degraded the plankton bloom; thus depriving whale sharks of a major part of their diet. Since whale sharks are now feeding 45 miles away from Isla Holbox, in either direction, Cancun Whale Shark Tours is asking that tourists book their tours from Cancun, where whale shark populations are now feeding on tuna spawn. There are still tours from Isla Holbox, but special arrangements must be made. Please visit Cancun Whale Shark Tours to learn more about these beautiful animals and the latest news about whale sharks.

Everyone is well aware of the destruction the Lionfish is causing, as far north as North Carolina. Although marine biologists are working hard to find and introduce predators that will kill and consume lionfish, right now, our best bet may well be to hunt them and even eat them ourselves. The Lionfish Huntress team, mostly ladies in Akumal, are environmental activists, divers, a chef and some pure entertainers. Linda Linton Pontius, owner of Sac-Bee.com works hard to get the Lionfish Huntress message out. You can read more about this soon-to-be documentary on its very own Akumal lionfish Team Facebook page. You can learn more about the ladies on the team, and even find a few lionfish recipes on the Lionfish Huntress website.

Although the Museo Maya de Cancun has actually been open for about a year, word is just now getting around about how good it really is. With warm, tropical gardens, a breezy atrium, and plenty of air conditioning in the exhibit areas, this museum is said to have some of the best preserved Maya artifacts ever shown. It is nice to know that, although the printed information is in Spanish, the exhibits are explained in both Spanish and English over a low volume sound system. Many expats spend the night in Cancun either going or coming from their home countries. The Museo Maya de Cancun might be just the ticket to fill a long afternoon in Cancun.

The applications are all turned in and all there is to do is wait until an 1,800 hectare medicinal botanical garden in Tabi received its certification as the first National Medicinal Botanical Garden in Mexico. The garden will be dedicated to the care and protection of more than a thousand traditional medicine plants. Those who are involved in this project include: Maya physicians, public research institutions, the State Committee of Traditional Medicine in Maya and Intercultural Health, the Scientific Research Center of Yucatan, and INDEMAYA (the Institute for the Development of Maya Culture. It has been a long time coming, but this garden will be a healing center, as well as a research center for Mexican and foreign medical sciences. Everyone who continues to be dedicated to this effort should be congratulated and know that all of Yucatan is proud of their efforts.

As scientists continue to study the Sacred Cenote at Chichen Itza, more amazing things are learned about the skills of the Maya who lived there. The experts at UNAM, the University of California at Berkley and the National Institute of Anthropology and History first thought that all of the gold pieces found at the archaeological site were solid gold. Then, they discovered a lot of them were gold plated, but with an unusual quality. Pieces found in the Sacred Cenote seem to be copper coated with a thin layer of gold. An expert from the Peabody Museum at Harvard says that this is not even really gold, but gold brass. It seems that the Maya had developed a technology that needed only a minimum amount of gold, a copper core, acid resistance, and the underwater environment of the Sacred Cenote to cause ordinary metal objects to look as if they are real gold. Studies are ongoing, especially the exploration of the technologies used by the Maya.

There are 1,500 beach properties between Chicxulub and Chuburna. At the present time, beach erosion has put all 1,500 in the Federal Zone and has actually put 200 of them at or beyond the water-line of the Gulf of Mexico. This means that property owners are now responsible for their share of taxes to the Federal Maritime Zone (Zofemat). These taxes can be reduced if there has been damage to a home or other structure. All the property owner has to do is go to the office of the Director of Zofemat), who is also the Director of the Municipal Cadastre in Progreso, and ask to begin the process of having their Federal property assessment decreased so that their property taxes will also be decreased. This is a problem now all the way out to Telchac, so now is the time to get started with learning how to navigate this system. We wish all of the affected property owners all the best.

If you are looking for an excuse to visit Yucatan, and you just happen to be interested in environmental causes, take a look at the last volunteer opportunity on the ELI Abroad website. ELI stands for Experiential Learning International. There are several projects listed on that page in Mexico and on the Yucatan Peninsula, but this is the time of year when we are all on the lookout for turtle nests, so baby turtles are on everyone’s mind right now. If you want to help, by all means, go to the ELI website and see if there is something there for you. 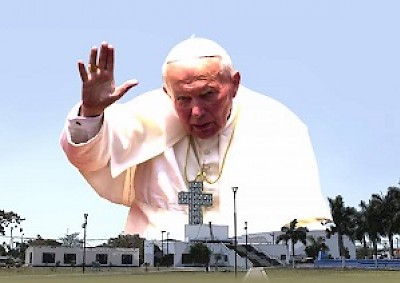 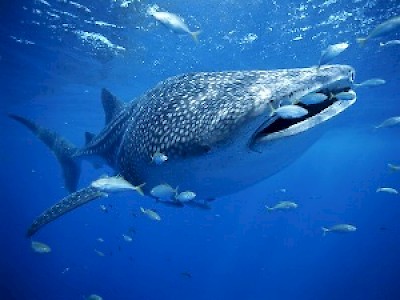 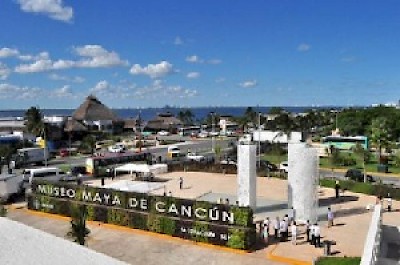 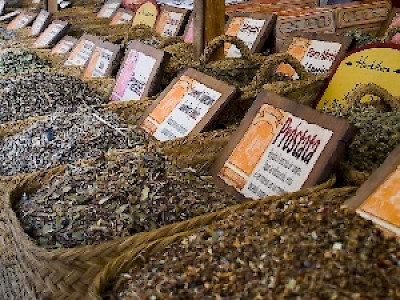 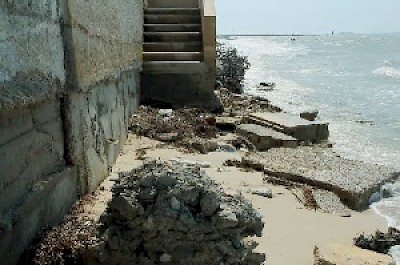