A low pressure system is keeping temperatures high, with a 60% chance of rain on a daily basis. Increasing temperatures during the morning and early afternoon result in strong afternoon rains, with hot and humid hours following the rain. While some bemoan Yucatan’s fate and geography, it only takes a few seconds to look at the surrounding states to see floods and mudslides, many with corresponding deaths. Yucatan is in the tropics and the weather is certainly proof of that. As of now, no hurricane threats are predicted for this area.

Boat Registration Rules to be Enforced

There is a law, in Mexico, that every boat that fishes or goes in the water for recreational purposes must be registered, and that the registration and name of the boat must be clearly visible when the boat is on the water. The Port Captain’s Office, in Progreso, has not strictly enforced that law until now. In light of increasing incidents of poaching, as well as unsafe handling of diving equipment, the law will now be enforced and this will include river boats. Boats are subject to being boarded and inspected randomly. If you own a boat, even if just for pleasure, please stop by the Port Captain’s Office in Progreso and make sure your boat has the proper display format for its name and registration information.

The National Association of Independent Scouts has plans for a celebration throughout Yucatan to commemorate the 100th Anniversary of scouting in Yucatan. These scout troops are located in every major city in the state and include troops of both boys and girls. The first troops began in Merida in 1914, and were extended throughout the state in 1916. They were accepted into the National Association of Independent Scouts in 1917. The scouting movement is yet another way that Yucatan builds good citizens who are, after all, the people who create the calm and peaceful atmosphere that drew the rest of us to this state. Happy Birthday to the young ladies and gentlemen of Yucatan’s Scouts!

The end of the school year is almost here and every child is thrilled when any kind of program gets them out of class, even for a little while. This past week, the Institute for Gender Equity (IEGY) took its message and its puppets on the road and visited elementary schools throughout the area with a show to combat bullying. The show is designed to give children, of all ages, a better definition of what bullying actually is and how they can put an end to it. Yucatan has always known that it’s children are it’s future and, as a result, poured massive amounts of time and money into the creation of good citizens. We expats are the thankful beneficiaries of their efforts – and we hope the kids can get out of class for lots more great shows with great messages between now and the end of the term. Milenio Novedades has published links to both state and federal websites designed to allow students to anonymously report incidents of bullying. If you work with children in Yucatan, please make certain they have those links and know how to use them.

Through the years, as the incidence of diabetes and high blood pressure skyrocketed in Yucatan, young children began to look askance at adults and their eating habits. Today’s younger generation of Yucatecos, many now young parents themselves, are far more aware of nutrition than one might think. The next generation is coming on strong and, for many children, it all starts in kindergarten, where nutritionists explain the value of eating a balanced diet that is low in sugar and fat. We suspect that many preventable diseases have reached their peak in Yucatan and it will be these children who will lead the way to longer lives and better health for everyone.

The Association of Travel Agency Promotion, as well as vendors and event specialists in the ports, are on board with increasing the length of summer vacation to two months, instead of one. Following Yucatan’s Week in Mexico, in D.F., there has been a sharp increase in interest, across the nation, in visiting Yucatan. Also, with the increase in the number of national and international flights to Merida, Yucatecos are visiting other places in Mexico and around the world. With this increased activity in the tourism industry, Yucatan has much to gain by a longer season for summer vacation. As of now, children attend classes 200 days a year. It would take a legislative change in the General Law of Education to enact such a change. At this point, a forum for discussion is planned, but the process is long and certainly will not be concluded this year. For 2014, Summer Vacation will be July 15 to August 15.

As we near the beginning of summer vacation, all sorts of quick-buck-artists tend to start showing up in the towns and villages where most city folks go to relax and visit with family and friends. Pirated movies and slot machines seem to be the favored forms of illegal activity and the Federal Ministerial Police has its work cut out for it before any holiday begins. So far, Motul, Progreso and Valladolid have all experienced sweeps that have cleared them of pirated movies and slot machines. The offenders were found to also be distributing pornography, so the citizens of the towns were the ones who reported them and who are the direct and thankful recipients of this action. Pirated movies and illegal slot machines have popped up and been squashed, in Yucatan, for as long as we can remember. They pop back up, but Yucatecos are never going to stop fighting them.

In San Ignacio, the circus came to town, only to find that the young people had roped off the field of performance and informed them that they must move along. The circus pointed out that they had permission to be there from the municipality. The kids pointed out that the animals would leave a mess that they would then have to play on. The circus raised more objections. The kids read the law for circus treatment of animals and got them on how they were treating a kangaroo. Back and forth they went, until the circus decided it would be easier to move to another municipality. Congratulations to all of the young soccer players of Tekax, to the parents who raised them and to the municipality that supported them in the end. Well done!

With as many as 30% of all Yucatecos suspected of suffering from sleep disorders, the College of Psychology at UADY has recently opened a new sleep laboratory. The lab is open to the public from 8:00 AM to 4:00 PM and, of course, at night for scheduled sleep studies on individual patients. With the technology and expertise available in the new sleep laboratory, these health care professionals have what they need to diagnose up to 50 different sleep disorders that can cause emotional, mental, social or medical problems. If you have – or suspect you may have – a sleep disorder, do go by and check out the sleep lab, located in the Facultad de Psicología del Campus de Ciencias Sociales-Económicas-Administrativas y Humanidades.

Due to a variety of taboos, blood donation is still a problem in Yucatan. As of now, only 4% of the people needed to donate blood have done so. This leaves a huge need in the community, especially for the elderly, children, cancer and maternity patients. If at all possible, won’t you please go by Centro Estatal de Transfusión Sanguínea (CETS) de Yucatán, located in Hospital O’Horán and donate blood today?
Some reasons why a blood donation is not accepted are:

To be considered suitable to donate blood: 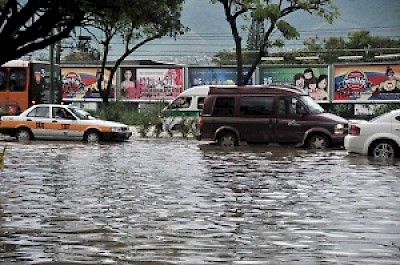 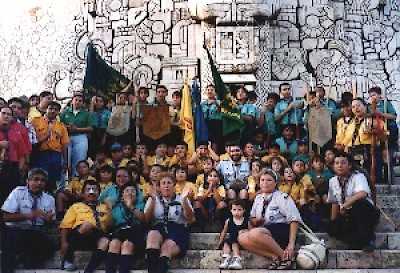 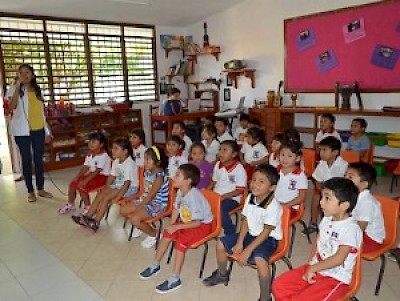 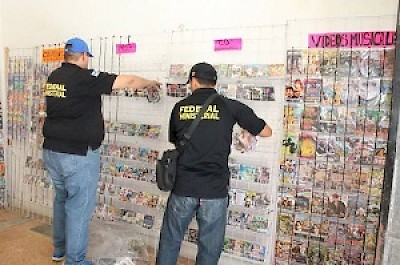 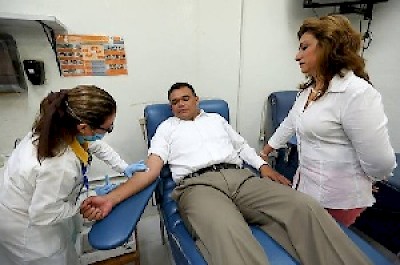