This week, the Secretary of Culture and Arts Department of the State of Yucatan and UADY is holding literature conferences in the Siglo XXI Convention Center and throughout the library system, as well as workshops that are both in the city and in rural areas. These conferences cover many issues related to all forms of writing, but one caught our eye. The first annual meeting of the Online Network of Artistic Education: Online Writers Network, will be held at the Gran Museo del Mundo Maya. That same day, one of the other conferences is concerned with Maya Radio Education. Chances are these will all be held in Spanish, a great chance to practice your comprehension skills!

The Xunan kab, which translates as “royal lady bees,” and are Yucatan’s famed stingless honey bees, are now being cultivated by the ladies of the Co’oleel Caab Collective, in Yucatan. The art, usually reserved for men, is centuries old and these ladies are determined that it will survive. Environmental risks and improper management have put these bees in danger of extinction and these ladies are determined to save them. The stingless bees do not produce as much honey as European bees, but their value for health care products makes them worthy of saving and these ladies are doing just that. Since these bees are stingless, they are safely raised in earthen pots that are hung on the walls of houses. When we searched for the location of the stingless beekeepers, we found that the largest group is just outside of Poza Rica, not far south of Tuxpan, and the lady beekeepers there are Nahuatl. We have many Nahuatl descendants in Yucatan and the language is still spoken here in several areas. Perhaps the indigenous ladies all along the eastern coast of Mexico will be able to save the art of raising stingless bees. We certainly hope so.

Municipalities With Best Schools in Yucatan

Potential expats with children often look only to the municipalities (counties) of Merida and Progreso as potential homes, thinking that their schools are likely to be the best in the state. There are excellent schools in quite a few of the municipalities in Yucatan and Yucatan Living's list of schools is a great place to get an idea of where those best schools might be. This past week, the state’s Department of Education published a list of the 45 high schools that have more requests than space, meaning that students will have to be tested in order to be admitted. These schools are in the municipalities of Chemax, Merida, Progreso, Valladolid, Hunucma, Motul, Kanasin, Tzucacab, Tizimin, Oxkutzcab, Peto, Tixkokob and Uman. Some of these municipalities are rapidly rising stars and an exploratory trip might be a good idea. To learn more about their location, visit the interactive Municipalities of Yucatan map.

It is amazing what a difference a few years can make. In the early 1920s, Elvia Carrillo Puerto was a well known political activist, feminist, and suffragette. She managed to hold the very first women’s rights conference in Merida, with the permission and protection of her brother, Yucatan’s Governor Felipe Carrillo Puerto. Today, as the President of Mexico inaugurated the Justice Center for the Women of Yucatan, he invoked the name of Elvia Carrillo Puerto, that first women’s rights conference in 1923, and Yucatan’s reputation as a state that has always worked toward obtaining rights and improving conditions for women. The Justice Center that opened in Merida is the eleventh in the nation and Mexico is well on its way to justice for all.

Milenio Novedades (New Millennium) is part of the SIPSE Southeast Media Group. This newspaper has gained respect as one of the leading sources of truthful reporting in the region. Yucatan Living is happy to thank Milenio Novedades for its eight years of hard work, for being a resource of news for all of us and we wish them all the best for many years to come.

Final numbers for all of Progreso’s Carnival events are not yet in, but it is known that more than 100,000 people enjoyed just the Sunday parade on Progreso’s Malecon. Winning dance troupes, at Saturday’s Fantasy Masks parade included Merida’s “Forever Jazz,” Oxkutzcab’s “Fiesta Latina,” and Progreso’s “Carnival Intense.” It looks as if Progreso’s Carnival is developing quite nicely and visitors can expect bigger and better in 2014. Congratulations to everyone who worked so hard to make this Carnival celebration such a grand success.

We are going to put this event in our News, as well as in our Events, because we think it is important for our readers and visitors to know that Merida is host to a growing number of international wonders. El Instituto Confucio de la UADY has been part of UADY Global since 2008, providing students with access to learning not only the Chinese language, but to learning about Chinese Culture as well. During these years, wonderful business relationships have been forged between students from UADY and China. Every year, there is a celebration of the Chinese New Year in Merida. Now, we are privileged to have a Chinese opera here in Yucatan. On March 17, the General Public is cordially invited to The Festival of Opera of Pekin, presented by La Asociacion Lingnan de la Opera China.
Location: Teatro Felipe Carrillo
Time: 7:00 PM, March 17
Admission: Tickets available at the Confucius Institute at UADY (IC-UADY).

Three million pesos are being invested in the Kukulcan Sports Unit to ensure that Merida will soon be able to draw such events as the Diving Grand Prix and put this city on the map as part of an international swimming circuit. In addition to remodeling the pool area, a perimeter track, tennis courts and multiuse arenas are being constructed. Great news!!

When one considers all of the indigenous populations, plus the immigrant populations, Mexico has one of the most diverse cultures in the world. This means that Mexican folk art varies widely across the nation and even across states themselves. The educational program “Knowing the Heart of Mexico” is designed to introduce public high school students to the diversities of Mexican folk art. In cooperation with Casa de los Venados, in Valladolid, 330 children and 33 teachers from 11 public high schools and tele-high schools were able to participate in this project. The program included an essay contest for both teachers and students. Winning teachers received a fully-equipped media room for their school from the PepsiCo Foundation. Winning students will be treated to a trip to PepsiCo in Merida with family and teachers. Although the program took place in Valladolid, participants were from Dzitnup, Popola, Yalcoba, Kanxoc and Valladolid. As communication lines grow more common across Mexico, it is important that young people learn what a vast, complex and special place their country really is. Programs like this are a wonderful way to accomplish this kind of learning. And congratulations to Casa de los Venados for its participation in this wonderful program.

In the northern section of Yucatan, surprising numbers of Carnival visitors cleaned out the storage freezers of fish in restaurants along the coast, but prices still remained at 100 pesos per kilo. In Valladolid, however, the cost of fried fish went as high as 120 pesos per kilo before leveling off. Now, there seems to be a shortage of limón amarillo in other states, so Yucatan’s citrus growers are collecting $800 pesos per 20 kilo box for limón and $500 pesos for a box of limon amarillo (yellow lemons). This in a year when they were happy to originally predict that prices could go as high as $400 pesos per 20 kilo box. To show how wildly prices can swing when markets are flooded, the June bumper crop of lemons will probably fall to $20 pesos per 20 kilo box. In the end, if one lives in Yucatan and doesn’t like the price of groceries, they can always go fishing and pick their own fruit, usually right out of their own front yard. We wish all of the agricultural sector the very best during the growing and harvest seasons of 2014. 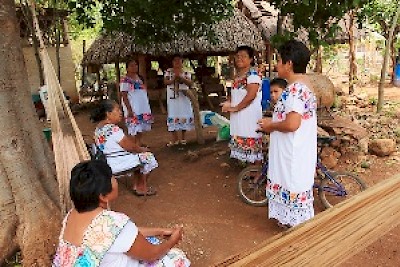 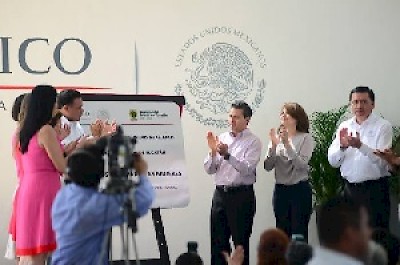 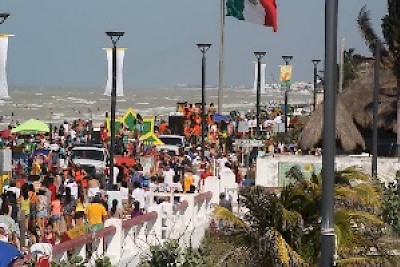 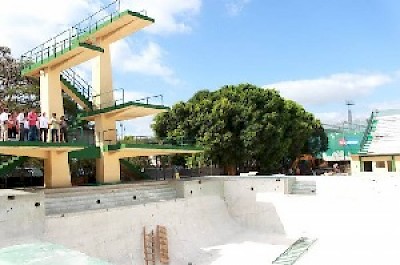 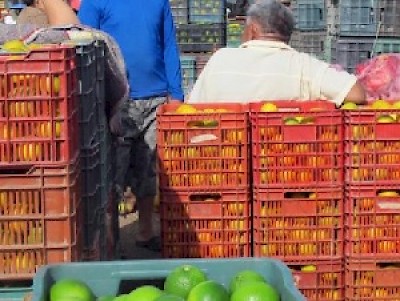