This vacation season is giving Progreso a chance to test its new emergency telephone and social networking system. The new number to call for immediate attention is (969) 103-9336. That number is to report a crime or a suspected crime, to call for emergency road service, and to call for an ambulance. If the Ayuntamiento de Progreso needs to get out a bulletin in a hurry, they will be on Twitter under the names @AyunProgresoYuc and @PoliciaProgreso. Hopefully, there will be no emergencies in the next month, but it certainly is nice to know that everyone is connected.

200,000 Visitors in Chicxulub, Progreso, Chelem and Chuburna are expected on summer vacation weekends! The economic impact is approximately $20 million pesos per weekend, and will continue for (officially) another month, but actually for about another six weeks. Just in case anyone is wondering what happens to all of that money, most of it goes to the community itself. This is the month that parents get money together for school uniforms and school supplies, as well as for living expenses during the quieter times of the year. Good weather and good visitor attendance can make all the difference for families who will face a long and sometimes stormy winter of fishing or working outside. So, join the festivities! Go kick a soccer ball around on the beach. Rent a water toy. Eat in a restaurant. Make this a great vacation for yourself and know that your money is going to be used, in large part, to educate the citizens of tomorrow’s Yucatan! Note: Yes! The police still have plenty of breathalyzers out there, so don't drink and drive, and have a wonderful time.

Keep an eye out for sticks with red ribbons of duct tape on them. These mark the spots where sea turtles have left eggs in nests all along the beaches of Yucatan. It is extremely gratifying to see that members of the general public are now quick to call the authorities when a nest is found. In one case, this week in Chicxulub, while specialists came to oversee the unexpected hatching of 20 baby hawksbill turtles, another hawksbill was trudging onto shore to deposit 160 more eggs. Please be especially careful to watch for the sticks wrapped in red duct tape, and even more careful to watch for nests that have not yet been discovered and marked.

Finally! Someone has understood that the Mayan system of mathematics is a tool that has value to every student, and especially to students who have been in some difficult places in education because of dyslexia or memory problems. However, Mayan mathematics is not just a tool for those with learning problems. It is also a tool for students at the other end of the educational spectrum, such as those who are taking physics. With our Arabic numbers, children suffer (often miserably) with learning to draw numbers and memorize endless tables. Using the Mayan mathematics system, students learn the process and meaning of addition, subtraction, multiplication, division, and taking square roots, all without having to memorize anything. Understanding mathematics is so much more important than wasting years of a child’s life trying to make them memorize a bunch of useless numbers. In fact, this program is said to be able to take two years off of the math education process at the primary level! This kind of understanding opens doors to totally new worlds, such as physics, that lead to better lives for everyone. Even if a child doesn’t go into the sciences, understanding mathematics through the use of the Mayan system helps them develop logical thinking skills that will ultimately have an impact on their own families and communities. Mayan mathematics is coming to a school near you, in Yucatan, in the very near future and it can’t be soon enough! We wish all the best to all 71 of the teachers who are training for this important work now, and to all of the governmental departments that are supporting this bold new step forward.

All kinds of great things have been happening in Yucatan since the state’s participation in “Yucatan Week in Mexico.” This time, for the first time in the eleven year history of the event, Yucatan has been invited to participate in the Feria de la Torta with tortas de cochinita and de lechón yucatecas. The exhibition will be held in the Venustiano Carranza section of D.F. and will include 90 exhibitors from twelve states, plus culinary samples from Argentina, Honduras, Venezuela and Chile. Representing Yucatan will be Miriam Peraza, of El Manjar Blanco. Visit Casual Restaurant Critic at El Manjar Blanco to read what Bill Lawson has to say about this great restaurant. By the way, it is worthy of note that Yucatan’s restaurant industry was so impressive during the “Yucatan Week in Mexico” partially because many of our state’s signature dishes were cooked in Yucatan and flown to D.F. daily!

David Sterling and his Los Dos Cooking School has been putting Yucatan cuisine on the map for years. So we were pleased to see the great review of David Sterling’s “Yucatán: Recipes from a Culinary Expedition.” The reviewer described the book as “a six-and-a-half pound, 576-page surely the most authoritative tome that land’s cuisine has ever seen” and entices us to purchase the book by recommending that we give our postal carriers a tamale treat for having delivered such a hefty package. We liked the reviewer’s description of David’s ability to not only provide us with recipes, but also with the historical perspective in which many of these dishes came to Yucatan from countries such as Denmark and Lebanon. The review captures, good-naturedly, the essence of Merida’s own David Sterling and we whole heartedly recommend both Paul Stephen’s review and David Sterlings “Yucatán: Recipes from a Culinary Expedition.”

This small, boutique hotel, in downtown Merida, is what happens when two well seasoned, Italian hotel and tourism professionals are able to move forward with their own dream. The owners of Casa Italia Yucatan are Daniel Squillaci and Daniele Piccinini. The hotel offers six elegant and comfortable Junior Suites, plus an outdoor swimming pool, tropical garden, bar, and a restaurant specializing in Italian cuisine. Although the hotel is not yet open, visitors are welcome to reserve rooms in advance. At the very least, you can the Casa Italia Yucatan website and check out the deals by clicking on the category Special Offers. The new hotel is a great addition to Merida tourism offerings and is located at Calle 52 #411-D x 41 y 43 in Merida centro.

Sometime prior to 1931, Dr. William S. Beekman came to Yucatan to add to his mineral specimen collection. While he was here, he took a number of photographs that soon came to be known and exhibited as The Beekman Collection. Dr. Beekman used the collection as an educational resource when he lectured on history and geology. When he passed away, his wife inherited the photographs. Since the Beekmans had no childen, when Mrs. Beekman died, she left the collection to Lilli Jensen, a family friend. Then, when Mrs. Jensen passed away, she left them to her own niece, Laurie Ford. Mrs. Ford contacted Washington State’s Burke Museum of Natural History and Culture for assistance in finding a suitable home for the collection. The last lap in this journey was facilitated by Burke Museum’s Laura Phillips, Director of Collections of Archaeology, and her counterpart here in Yucatan, Rodrigo Solinis Casparius. The Collection of Dr. William Beekman now resides in the Audiovisual Dome of the Biblioteca Yucatanense and will be available to all interested researchers. Those photographs have taken a long road home and could have been lost at any point in time. Everyone who loves the history of the Maya will want to see them. Many thanks to all who helped to bring them to us.

The Ethnicity of Naia

At some time in our lives, each of us has wondered about our own roots. We wonder who or what we really are and whether or not that has any bearing on who we ultimately became. Earlier this year, scientists recovered Naia’s remains from an underwater cave on the coast of Quintana Roo. At the age of approximately 16, some 13,000 years ago, Naia, evidently, fell into an open cavern. Much of her remains survived because she was covered in sea water. When scientists analyzed her mitochondrial DNA, they discovered that her mother was descended from a group of Siberians who are believed to have come to North America over a long submerged land bridge. It is no short walk from Siberia to the east coast of Quintana Roo. Migration continues to be a major factor in human development today and there Naia is, carrying the mitochondrial DNA of Siberia from the end of an Ice Age all the way into the 21st century.

We have been asked, via e-mail, to pass along another USA to Yucatan ferry survey. As we have stated in the past, we are not associated with this project in any way and our readers are under no obligation to take the survey. There is only one logistical question to this survey and a “yes” or “no” answer will suffice.

If we brought the ship departure point closer to where you are driving from so you did not have to drive to Florida would that be okay with you and in fact be preferred?

Example : if we left from a port on the Gulf Coast of the U.S. for the trip to the Yucatan, which could reduce your driving time up to 10 hours by not having to go to Tampa, and still provide all the services you need for you, your family and your cars, cargo, pets etc. would that be okay?

(A yes or no answer will suffice. I don't need a specific port mentioned as I'm just trying to find out if readers would be okay with a different Gulf port. This could take about 8 to 10 hours off the drive to the ship for many people. I also have found that the Gulf states ports are very much interested in showing our passengers a lot of appreciation.) 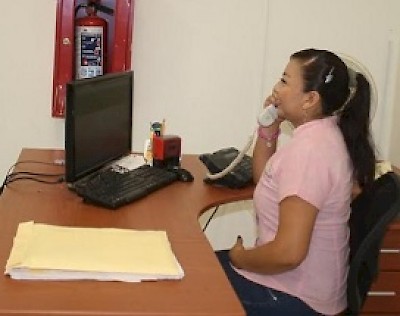 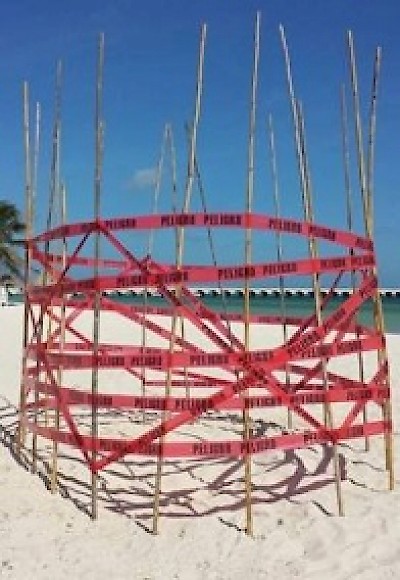 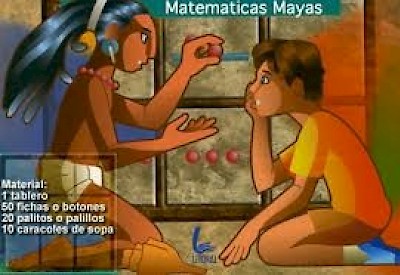 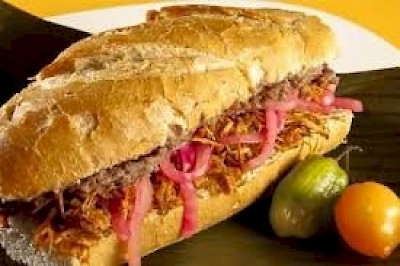 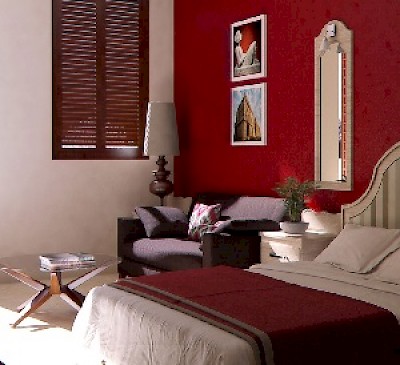 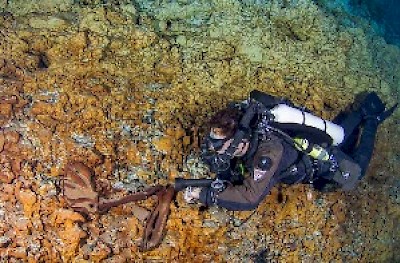 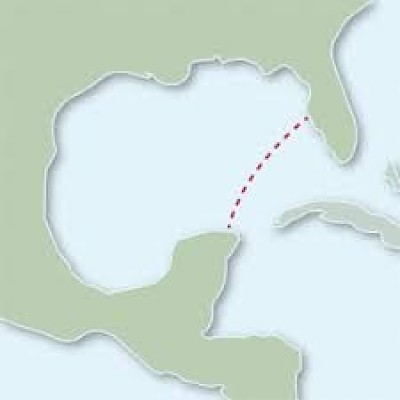