The Attorney General of Yucatan, along with the participation of nine municipalities, are setting about to develop crime prevention projects. Each project will be aimed at promoting a culture of self-care among the citizens of Abala, Baca, Cuncunul, Hunucma, Ixil, Motul, Temozon, Uman and Valladolid. The focus of the projects will not

necessarily be things that we might think of. Great stress will be placed on assistance to victims, education, and training individuals to help in crime prevention. In effect, everyone will become a public servant to their communities because they, as a group and as individuals, are the community. Everyone who works with both victims and perpetrators will receive instruction in law, social work and psychology. No crime will have a one-size-fits-all aftermath. Instead, “appropriate” treatment will be the watchword. Since so many criminals are repeat offenders, it will be interesting to see if this new approach brings us better results. There is much to be proud of in Yucatan and its low crime rate is part of the state’s identity. We can only imagine what Yucatan will be like if this new project drops the crime rate even lower! Best of luck to all nine participating municipalities and many thanks to the Attorney General for this creative project.

Currently, there are approximately 2,500 bakeries in the State of Yucatan, 800 of which are in Merida, but two in five are operating in the informal economy. Both the registered and non-registered bakeries are having a hard time making a living these days due to rising prices and competition. In order to serve them all, the State of Yucatan is going to help them with modernization and training. Toward achieving that goal, a new pilot project has already begun and includes 21 bakeries.

With all of the media hype about Facebook, one would think that it would be the absolute favorite choice for personal interaction among young people in a virtual world, but new research by UADY says “Not so.” In fact, the young people of Yucatan only mention Facebook rarely when talking about their favorite connection to each other. Their favorite is an instant messaging service called WhatsApp. Once the young people meet in the virtual world, then they can decide if they want to meet either in person or in video calls. Specialists in many fields recently met at UADY, in a conference hosted by the Department of Anthropology, to talk about the future of research in this new way of socializing. Is it helping or harming interpersonal relationships? Is it helping or harming the social fabric of communities? How big is the risk of fraud and sexual predation? Will this way of communicating continue or will it not, and why? All of this comes at the beginning of a brave, new world and we are all interested in the outcome.

It’s been five long years since UADY won a gold medal in any sport in the Universiada Nacional, but Alfredo Dzul Cuy has changed all of that by bringing home the Gold from Puebla this past week. Alfredo Dzul is an Archaeology student at UADY and won his medal by lifting a total of 208 kilos. Congratulations to Alfredo Dzul Cuy, his parents, his coaches and to UADY for a job very well done!

Our hats are off to every agency of law enforcement in and around Merida. Not only did they seamlessly oversee the return to school of 580,000 children to school, following Semana Santa, but they also provided security for the Caribbean Summit, which met in the hotel zone in central Merida last week. This was the third meeting of the Mexico-Caribbean Community Summit of the Association of Caribbean States. Their focus was on building not only a strong Caribbean community of nations, but also to enhance trade and tourism via improved air and sea connectivity. Disaster prevention and cooperation for sustainability in the region are also extremely important to these nations. The two major meetings held during this conference included 31 heads of state and ministers of 32 states and territories of the wider Caribbean. Mexico is leading the way in this association and Yucatan is showing itself to have extraordinary powers of organization building. Keep an eye on the Association of Caribbean States. They have only just begun to hit their stride and will be a leader in international trade far into the future.

In the past, what Mexico and Yucatan did were not necessarily well planned, and certainly not planned in coordination with each other. But that has all changed. With Mexico’s new status as a member of the Association of Caribbean States, most eyes are turning southward and Yucatan is going to be the beneficiary of a significant part of the new and improved highway and rail systems, as well as new and improved maritime and air travel communities. The state could not have been located in a better place. As much as Yucatan has changed in the two decades that many expatriates have lived here, we can only imagine what it will be like when those of our readers with only five or six years to go to retirement finally arrive. This means jobs, tourism, new training technology schools, and a host of other wonderful things we have not even thought of yet. This is Mexico’s six-year plan and Yucatan is ready to be the gateway to it all.

While the heads of so many states were in Merida for the Mexico-Caribbean Community Summit, the President of Guatemala met with the President of Mexico. During their meeting, Enrique Peña Nieto, President of Mexico, witnessed the signing of a contract to build a 600-kilometer natural gas pipeline between Salina Cruz, in Oaxaca, and Escuintla in Guatemala. The value of this pipeline to Guatemala will help to stabilize the auto industry there, as well as the energy sector. Since Yucatan has undocumented Guatamalan immigrants both moving to this state and passing through on their way north, anything that could help to stabilize that country is of interest to Yucatan.

Although May is the last month of the official fire season in the Yucatan region, agricultural burning will continue until June 15. Please visit the Calendar of Agricultural Burning to see when there will be agricultural fires in your area. If you have respiratory problems, or problems with allergies, this is a good time to stay indoors, or perhaps to take a vacation out of the area. If you are on the highways, please try not to drive into smoke on the highway or, if you must do so, drive slowly and keep your lights on so that others can see you. Also, when driving, please do not throw anything that could start a fire out of your car. This includes lit cigarettes, and even shiny glass or paper. For those who live in the city, fire season comes and goes with little more than complaints about the heat of summer. Those who live in outlying areas must consider their location and alter their behavior accordingly.

Yucatan Living gets all kinds of weather-related questions, and “Does it flood?” is one of them. The answer is “Well, it depends.” The key here is remembering that Yucatan lies on a limestone shelf, rather than on (for lack of a better word) “dirt,” so there is not much hope for extreme amounts of rain to soak in or run off as fast as it comes down. The rain falls faster than drainage can take it away and faster than it can percolate down through the limestone. Is it dangerous? Not in Yucatan, at least not if everyone follows rules of common sense. Will there be mudslides? No. Will there be property damage? Not if the cars and trucks stay off of the street so they won’t slosh water into the houses. Overall, the weather is forecast to be hot and wet. We forecast that everyone will be just fine if they are careful.

A Case of Alleged Child Exploitation in Yucatan

The people of the State of Yucatan are quite serious about the treatment of children in this state and, this past week, citizens of a nearby city went to the police with what they suspect to be a case of child exploitation. On the face of it, a mother and four little girls, one still a baby, were begging in the street for food and coins. She claimed she could not work because she has four very young children. However, after a few days of this, the people noticed that, at the end of the day, the father joined the group and they all went home in a truck. The citizens are now appalled and insist that it is totally unacceptable for the father to take his family to ask for alms and live on what they make, when it is his responsibility to feed them with the sweat of his brow. They want both the father and mother investigated and the appropriate actions taken because this may be a case of child exploitation. It is not often that we hear of someone trying something like this in Yucatan. This state is just the wrong place for that sort of thing and it does not take long for such offenders do leave the state amid a slew of media headlines. We hope the children, in this case, are okay and, if not, we have no doubt but that they will be just fine when the authorities finish their investigation. 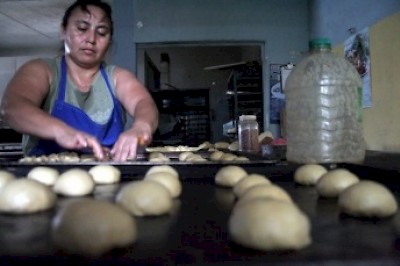 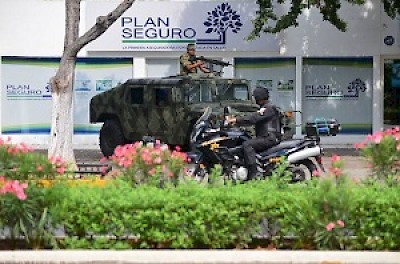 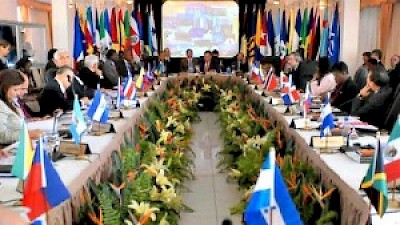 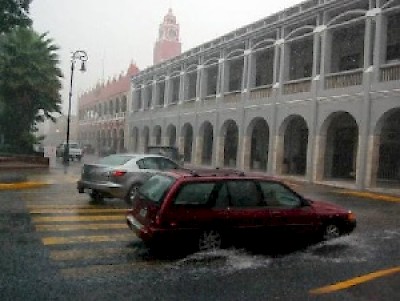 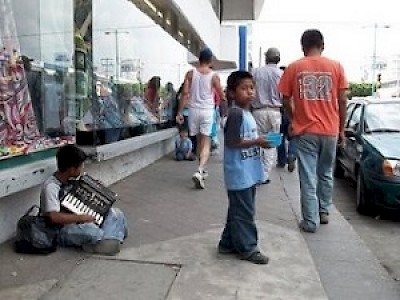