The title of the show will be “Joya,” and it will tell the magical story of an alchemist who teaches his granddaughter the secrets of life. The Cirque du Soleil tent will be located near the Grand Mayan Resort, located just 30 minutes from the Cancun International Airport, 45 minutes from Cancun itself, and only 15 minutes from Playa del Carmen (the world's fastest growing town, according to Guinness World Records). This is a wonderful addition to the entertainment offerings in the Riviera Maya and will surely bring even more worldwide attention to the hotels, resorts, spas, and eco-parks in the area.

Germans in Yucatan: More of the Story

We were recently asked about “Germans in Yucatan,” and discovered that, apart from a few old anecdotal stories about Santa Elena, we actually knew very little about the origins of German immigration to Mexico or to Yucatan. This week, we found a graduate paper online that speaks directly to this topic. The researcher is Alma Duran Merk. The paper, 'Only “Selected” German Immigrants in Yucatán? Recent Findings about the Colonization Policy of the Second Mexican Empire' was presented at the 11th Deutschsprachige Mesoamerikanisten Tagung (German Language MesoAmerican Meetign) in Hildesheim, Germany (26th, 27th, January, 2008). A copy in English can now be found online. We hope you enjoy finding out more about the German immigrants to Yucatan. Links to more of Duran-Merk’s work, as well as links to information about German immigrants throughout Mexico, can be found in the Resource section on Wikipedia’s German Immigration to Mexico page.

This year, the Festival of San Bernadino de Siena will be held from the 16th to the 20th of May. The construction of the Monastery of Saint Bernardino of Siena was begun in 1552. By the time Friar Diego Lopez de Cogolludo published his historia de Yucatan in 1688, the monastery was up and running, complete with convent and with its vault built over a large cenote. In the 21st century, this was one of the areas in Mexico that was so loved by Pope (now Saint) John Paul II. The story of this monastery is the story of how Catholicism came to much of Mexico and the people take great care to celebrate this festival every year. This is the fifth year that they have shared their festival with the world. And each year it gets bigger and better. If you have an opportunity to visit Valladolid during the Festival of San Bernadino de Siena, please do plan to spend at least one night so you can enjoy the many festivities.

Last month, 16,000 migrant farm workers returned to the fruit orchards of Ontario Canada to work in the 48-year-old Seasonal Agricultural Program. The workers return time and time again, ensuring that farmers can safely invest in growing their operations. The farmers continue to pay their migrant workers as much as five times what they would earn at home. This is a win-win situation for Canada’s farmers, for the Canadian economy, for the migrant workers, for the workers’ hometowns and countries. Their program is being used as a model worldwide and it is wonderful to see programs like this work so well in agriculture.

Just a few days ago, Yucatan papayas began making their way to market on the east coast of the United States. This is no small export project. Yucatan will begin by exporting 60 tons of papayas to this market per week and quickly escalate to 100 tons per week. The Maradol papayas will be traveling in style, in special packaging and in refrigerated containers to ensure the health and safety of both the product and the buyers on the other end of this project. According to Yucatan’s Papaya Product System, over 60 hectares of papaya are devoted to this one project and the future looks brighter than ever for this abundant crop in Yucatan.

There is a whole lot of news coming out of this annual tourism event and we can hardly wait to see these projects as they develop. This year’s event was held in Quintana Roo during the first week in May. Early news hints that there may soon be a tourism tax that will be used to benefit the Maya because, without the Maya, their history, culture and people, tourism in this part of the country could not develop as it has. In addition, there is a report that there will soon be additional air service between Monterrey and Cancun, since Monterrey is being turned into what we think of as a hub center. This means one-stop flying from places like Puerto Vallarta to Cancun and then on to destinations in Central and South America. Finally, in a project that is dear to the hearts of so many who love and respect the environment throughout the Peninsula of Yucatan, it has just been announced that Isla Holbox is soon to join the ranks of Pueblos Magicos (Magic Towns) of Mexico. This will bring not only worldwide tourism attention to the area, but worldwide assistance and support for eco-projects. It looks as if the whole of the Yucatan Peninsula is finally coming into its own and everyone is so proud of the people who have brought it this far.

This past week, the work of contestants in the First Regional Plant Fiber Competition. Art work was made from plant fibers that ranged from sisal to coconut and all 198 pieces were unique winners. If you are interested in meeting some of these artists and seeing their work, do stop by the Progreso Casa de la Cultura when you go to the beach. This exhibition may be over, but you never know what wonders you might find on display there, including a crafts show that just opened there. We leave it up to you if you want to go on cruise ship days, but that might really be an experience in and of itself. With or without the crowds, Progreso’s Casa de la Cultura is a place to add to your stops in Progreso.

Art for Students With Disabilities

There is another new program in Yucatan that is going to make a tremendous change for students with disabilities. In the beginning, this program is taking place in just the municipalities of Dzoncauich, Cantamayec, Mayapán and Tixkokob. Students and their family members have already met with trainers from the Ministry of Culture and the Arts. They have constructed the program that will now be called the Instructor’s Artistic Training Program for Students With Disabilities. It looks as if this program will include any and all artistic disciplines, each suited to a particular student’s talent and capabilities. It is not going to be long before these students will be a regular part of the artistic scene in Yucatan and everyone will be proud to see them there!

There is probably no more hotly debated topic for expatriates and travelers interested in Yucatan, than the prospect of the long-awaited ferry between Florida and Progreso. This past week, the Governor of Yucatan went to Miami to meet with the Director of the Port of Miami. The goal of these two men is to consolidate trade shipping between Yucatan and a number of countries by first sending goods through an established maritime trade route. While there, the Director of the Port of Progreso brought up the topic of the ferry. The Director of the Port of Miami pointed out that there is much still to be discussed before such a project is attempted, but that he does appreciate the interest of the Government of Yucatan and that he will be here soon to further investigate. Whether the ferry ever happens again or not, at least the right people are now considering it and that is a big step, as this issue has languished for so long.

The fact that this 2014 Children’s Runway Show at Gran Chapur even took place is testament to the hard work of parents and grandparents in Yucatan. Many expatriates still listen to tired, old ramblings from folks back home about how they moved to a Third World Country and live in huts and such. Others continue to “tsk-tsk” at this type of show of wealth in a land of so much poverty. But the children who wear these clothes and live this comfortable, middle-class lifestyle are the beneficiaries of their parents and grandparents, who took advantage of every opportunity as soon as those opportunities arose. These parents and grandparents went to college, when possible. They became entrepreneurs, and they invested their lives in the future of Yucatan. Today, they think of themselves as just ordinary, middle-class Yucatecos – nothing special – and that is an amazing thing. If the evidence of hard work is shows like this, a worthy goal would be to work toward every child in Yucatan being able to afford to plan their spring and summer wardrobes just like these children do. We hope everyone enjoys the show! 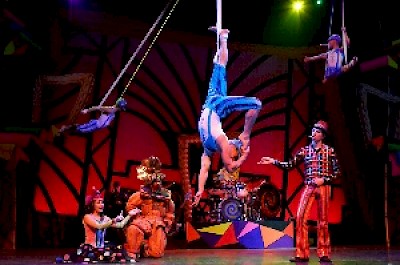 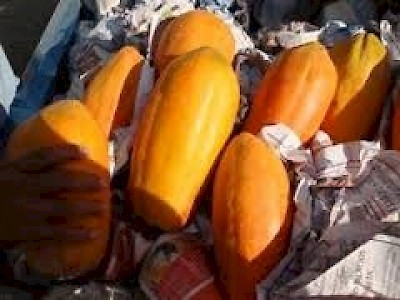 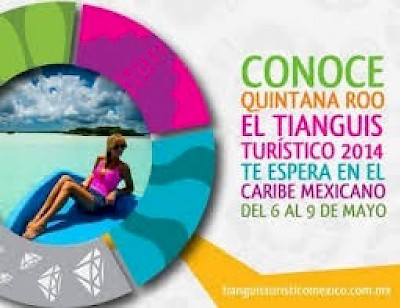 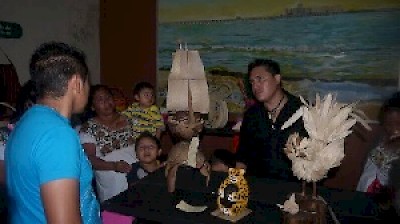 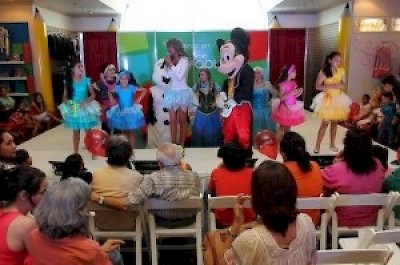