Scientists have found a way to get a 3-D view of what’s inside some of the biggest underwater caves on the Yucatan Peninsula without even getting wet. The photos divers take are sent back to the University of San Diego, in California, to be transformed into 3-D visualizations that make all kinds of new interpretations possible. It won’t be long now before we can see the results of this work and get a first look at creatures as far back as the Ice Age in 3-D.

Dance: To the Rhythm of the Neighborhood

This cultural event is a neighborhood dance contest produced by a local television station. The competition schedule is: June 22, fraccionamiento "Lolbé; July 6, Colonia Emiliano Zapata; July 20 in Zaciabil; August 3, 17 and 31 will be in San Isidro, and San Francisco Flamboyanes respectively. On September 14 and 28, and Fernando Novelo and Xlapac; October 12 and 26 in Sisal and Colonia Militar; November 9 in Bacalar, and November 23 still to be confirmed. This is not a contest between rival folk dance groups. Instead, it is an event that will include everything from mariachi to tango and more, with participants just ordinary, local families and children. If you live near one of these dance points, do make a note of the date they will be in your area and go out to see the real rhythm of Yucatan’s neighborhoods.

Local expat, Ivonne Trujillo, owner of Casa Orquidea, and her daughter, Aby, have been helping a single mom with education expenses for three children for almost a year. Educational costs, even with discounts and work-study deals, still runs in the range of $15,000 pesos for three children. If you can help, please visit the website of Saving the World 3 Kids at a Time. FundRazr is a great tool and this particular campaign is a wonderful example of what fundraising can do to make a real difference in Yucatan.

American Expats don’t often get an opportunity to have their voices heard in Washington, but the FATCA seems to be a growing topic of concern because a law that was intended to hit money laundering in the pocketbook is beginning to have unintended consequences for Americans trying to establish relationships with banks back home in the U.S. If you would like to tell Washington how this law is affecting you, now is the time to take the 2014 FATCA Survey and/or contact Democrats Abroad FBAR/FATCA Task Force at any time with questions or comments at: FATCA@democratsabroad.org

Yucatan has a whole group of young community activists who are dedicated to improving every aspect of social services and the environment in the state. The show is called “Todos somos planeta” and it airs two Sundays per month at 11:30 AM. It is divided into sections that cover information, the work of local shelters, the associations that are involved in companion animal care, and interviews with specialists. We hope everyone takes the time out of their busy day to see this show on local television.

One of the Slow Food Market’s regular customers has five white puppies that need a home. The puppies’ breed is Stanford/Boxer mix. All of the puppies are white, but two are almost albino, so these puppies need a home where they will be protected from the sun, either in a shaded living area outside, or by living inside. If you can help, please call Claudia at (999) 370-1112.

We often hear about the services of doctors and hospitals who perform the treatments needed by expats, but we seldom hear about other specialties. This time, burn specialists from Mexico City and plastic surgeons from Merida have made their way to Valladolid to assess patients who have suffered burns. In this one campaign, fifteen patients will, ultimately, receive up to four surgeries each, performed either in Merida or Mexico City, and there will be no charge to the patient. Many many thanks to all of the dedicated specialists, in all areas of medicine and from every nation that visits Yucatan, for their kindness and unselfish participation in this program and in other programs like it.

Fiestas Throughout Yucatan This Week

Corpus Christi is a feast in honor of the Eucharist. It takes place on the first Thursday after Trinity Sunday. This past week, a great feast was held by towns and villages throughout Yucatan. Communities came together to cook, to eat, and to strengthen the bonds that hold them together in good times and bad. Hunucma is not far from Merida. If anyone plans on a summer vacation in Yucatan in 2015, we have no difficulty in recommending Hunucma on the Feast Day of Corpus Christi.

Look for many more national and international sporting events to begin taking place in Merida. The Poliforum has been remodeled as a first world sports arena, with every modern convenience anyone can think of. This includes creature comforts, such as padded seats for VIPs and special access for those who are disabled. The sound system is ahead of its time, so look for great international artists to perform here. The ability to televise soccer, basketball and boxing has now reached world class status as a venue. All in all, Merida’s Poliforum now enjoys not only First World status as a venue, but is far enough ahead of its time for promoters to bring any sports or artistic performance here for the foreseeable future.

On July 1, the Municipality of Progreso de Castro will cenebrate its 143rd birthday. Through the years, its fortunes have grown or declined with the rise and fall of henequen and/or rail and road access to other parts of the southeast that bypassed the port. One thing that has remained constant is the fishing industry and, now, tourism. The presence of so many expats, in the Municipality of Progreso, is testament to the hospitality of the people and to the ease with which the coast of Yucatan now accommodates the needs of residents from around the world. Happy Birthday, Progreso, and we wish you many more to come! 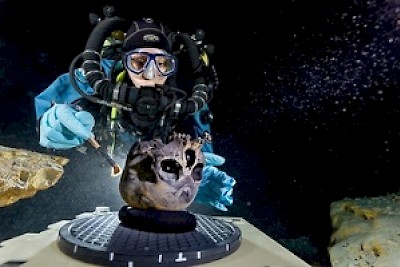 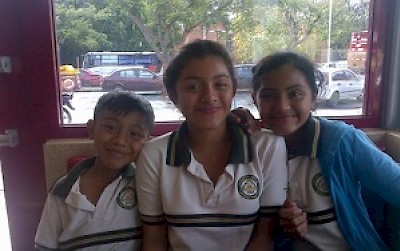 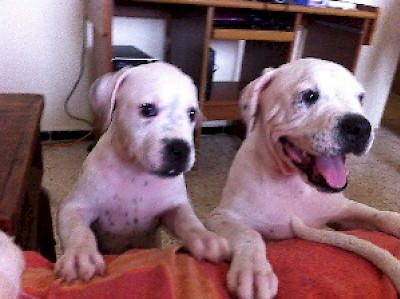 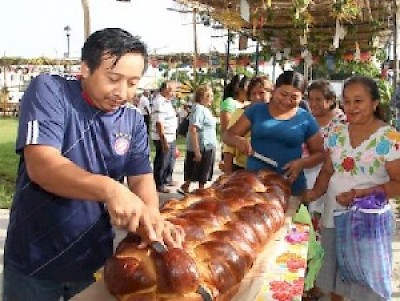 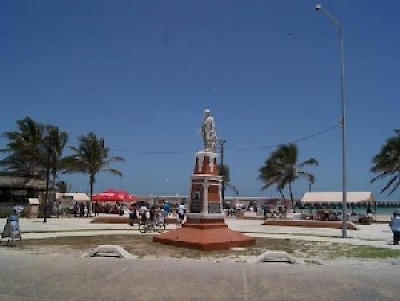