This art exhibit is listed in our calendar, but we think it is important for our readers to know that there are many unsung heros among our expats here in Yucatan. Some are working with established government sponsored programs and some strike out on their own to find a need and fill it. This Sunday, April 16, 2012, while the world is celebrating Earth Day, the “Little Neighbors in Chelem” (current ages four to thirteen) will be holding their first art exhibit. The event is being hosted by Café Chocolate. This exhibit showcase art that has developed over a period of three years, so please – if you are in Merida on Earth Day, stop by Café Chocolate and lend your support to these budding artists. Cristales y Marcos has graciously donated the framing of one piece of each child’s art, which will go home with the child. Please come!
Location: Cafe Chocolate Corner of Calle 60 and 49, Merida
Time: 11:00 AM to 2:00 PM
Admission: All proceeds go directly to the children.

Yucatán has had a lot of recent international activity with Germany and France, and Spain is also demonstrating interest in the state.  Part-time Mérida resident Roberto Camp has been collaborating with the Mexico City office of Extenda, the commercial promotion office of the Government of Andalucía, to lay groundwork for future exchanges with Yucatán. Leonel Quiroz, the general manager of Agricultura Moderna de Yucatán (AMYSA) was invited by Extenda as AMYSA´s sponsor to attend a hydroponic conference from April 14-18 in Andalucía´s province of Almería, one of the world´s largest hydroponic growing areas. On March 12 AYMSA, whose production manager is Mexican environmentalist Aliza Mizrahi, well known by many expats for her community activities and involvement with the Slow Foods Market. In March she inaugurated “Nococh” a 25-acre hydroponic production facility in Icí, a nearby town in the municipality of Motul. “Nococh” is slated to have 96 greenhouses with a total 110,000 square meters of growing space, and to provide direct employment for 350 workers. They will be growing small Persian cucumbers, cherry tomatoes and eggplant with the major focus on their Israeli-style Persian cucumbers, 400 tons per month from September through April. Thanks to everyone who participated in this networking relationship to provide such a wonderful opportunity for new jobs in Yucatan.

How to Create Voters of Tomorrow

This week, the President of the local Board of the Instituto Federal Electoral (IFE) invited Yucateco children and young people, ages six through fifteen, to participate in the Consulta Infantil y Juvenil 2012. This is the fifth time this consultation has been held here in Yucatan and it is quite a system. Boxes for ballots are placed in strategic locations. Children are divided into several age groups and the boxes and ballots are color coded accordingly because the concerns of a six-year old and the concerns of a fifteen-year old are not the same. Then, children are encouraged to vote for those issues that are of the most importance to them in their communities. In effect, this is a suggestion box campaign among children, with the guarantee that their voices will be heard and their needs taken into account when later policy is being made. Time passes very quickly and it does not take long for children to grow up and vote, and even run for office themselves. This is excellent voter training for Yucatan’s children and we think could be a model for other programs around the world.

This week, we read about an inspirational young lady who lives in Peto. She lives with her sister and goes off to work every day, selling tortilla-making implements in the local market. Her husband died of a snake bite when they were young, so she was left to raise her son alone. She has worked outside the home ever since. Her son sends money for her support, as does another sibling, but that doesn’t slow her down one little bit. This 90-year-old says she is still working because she does not like staying at home doing nothing and likes having her own money to buy whatever she needs. Needless to say, Epifania Chan Noh has strong opinions about teenagers who do not work today. We think that Doña Epifania is heroine material and congratulate her on a life well lived. We hope she has as many working years ahead of her as she chooses.

In a little news blurb from Por Esto, we found a comment on the two week spring holiday that didn’t have a thing to do with tourist numbers at the beaches. This little blurb was about the joy with which people boarded busses to leave the cities at the beginning of the holiday versus the long faces as they came off of the busses when the holidays were over. Not to worry, July and August are just around the corner. Every ounce of joy will be seen and heard throughout Yucatan for the entire summer vacation.

The spring holiday, in Yucatan, consists of three weekends and the two weeks in between. The middle Sunday is Easter Sunday. This year, all of our beaches were all but overwhelmed with tourists on Easter Sunday itself, but the best kept secret on the coast of Yucatan is the last Sunday of the spring holiday. By this time, everyone who works or goes to school has to be headed back to the city to face their normal routine again. However, the bands do play on – all the way through the Sunday after Easter. Are you someone who never met a crowd you didn’t love? Or are you someone who relishes quiet and peaceful walks on uncrowded beaches? We just learned that there are 80% fewer tourists in El Cuyo on the Sunday after Easter than on Easter Sunday itself. So, if you are planning to spend even part of next year’s Easter holiday in Yucatan, crowds versus no crowds is certainly something to think about, especially if you still get the same level of service and entertainment!

We only thought we understood how many tourists come to the Yucatan Peninsula during the Easter holidays. When the numbers of flights out of Cancun’s airport were announced, we were stunned. From March 31 through April 15, there were 5,716 international and domestic flights, serving approximately 685,920 passengers. On Easter Sunday along, Cancun’s airport served 355 flights and moved 42,600 passengers. As tourism traffic calms down, the Cancun airport can only brace themselves for the crush of tourists that are expected this Fall and Winter.

So far, this year, there have been at least 50 brush fires in the Municipality of Progreso. All were the result of either lit cigarettes being thrown from cars or from people’s trash fires that were caught in the wind. On the highways in the eastern part of the state, lit cigarettes and glass bottles, also thrown from cars, continue to be the major source of fires. The sun reflects off of anything shiny, even metal bottle caps, resulting in hundreds of hectares being burned. These fires are also a risk to human and animal life. In one instance, even the foil wrapper of a hamburger was to blame for a grass fire. There are extra firefighters in every corner of the state now, but they still cannot be everywhere. Please be careful never to throw any trash of any kind out of your car.

This is a topic that is just now generating enough data to begin forming some conclusions. According to IMSS, the rate of asthma among children is rising with the quickly changing temperatures in the winter. Sometimes we healthy expats forget that there are children and elderly people in Yucatan who are very sensitive to weather changes and who suffer from a variety of diseases that are directly impacted by both temperature and humidity. The best advice thus far is to keep the area where a person with asthma lives as clean as possible, to get plenty of rest, eat well and try not to experience wildly fluctuating temperature levels. This is hard to do in homes that have no air conditioning, so our hearts go out to those who suffer from this terrible condition while trying to survive in the tropics.

Farmers in Yalplán are currently receiving training in the practices and procedures related to organic farming, including the safe use of manure-based fertilizers and the growing of earthworms. They are learning the basics of nutrition and the safe handling of organic crops as well. Thanks for this annual teaching program goes to Professor Raúl Monforte, who comes to rural Yucatan every year to conduct these workshops. A self-styled radical environmentalist, Professor Monforte also believes that farmers can do their part to save the planet and make a living from it too. With each passing year, the number of farmers who have studied with Professor Monforte grows larger and, we believe, the planet is the better for it. What better time to have these kinds of organic farming workshops that during the week of Earth Day? 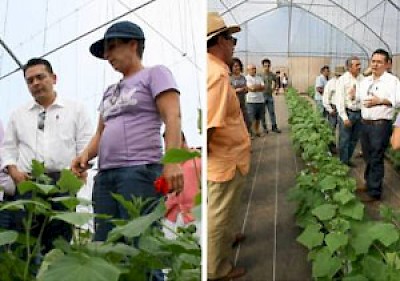 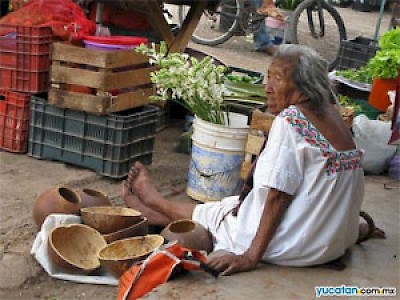 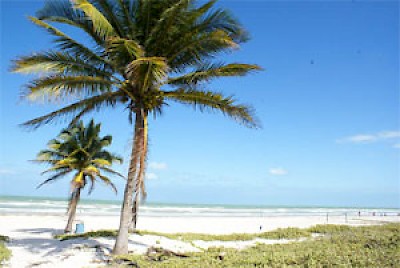 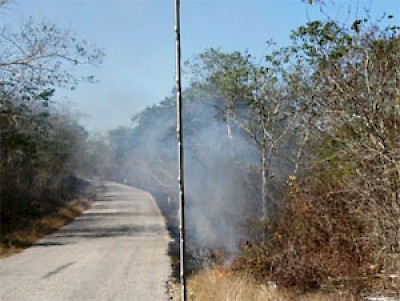