The bridge at the Port of Progreso, Yucatan

The Federal Government of Mexico, in its 2017 budget, is proposing to invest 1.3 billion pesos ($68 million USD) in Yucatán sea and rail infrastructure. According to the official proposal by President Peña Nieto's staff that was discussed recently in the Mexican Congress, 1.2 billion pesos ($63 million USD) may be designated for maintenance of the Chiapas-Mayab railroad. This infrastructure covers both the states of Chiapas and Yucatan and connects them to Mexico City and to Guatemala.

“Considering the works to be financed with fiscal resources, there are four projects of Communications and Transportation, among them: Program of investment of maintenance of the railroads Chiapas and Mayab with a proposal of assignment of 1.2 billion pesos”, the document says.

For Puerto Progreso, Yucatán, they are proposing an investment of 341 million pesos ($18 million USD) to continue the parallel viaduct building works that may be finished by the end of this year and will increase the transit capabilities between dock and land. (Thank you to our contributor, Jonathan Ruiz, for this news item).

If all else fails in the treatment of sinusitis, two new treatments are now available in Merida. Laser therapy and treatment with therapeutic ultrasound are currently showing an effectiveness of nearly 90% in Merida. This was reported this week by Ricardo Antonio Ruiz Ferraez, clinical director of the Center for Rehabilitation and Integrative Therapy (Centir). If you decide to give these new treatments a try, do let us know the outcome. Sinusitis is a miserable plague and this is the first new therapies we have heard of in years.

The average Yucateco earns approximately 7,000 pesos per month and that amount no longer is sufficient to cover the basic needs of a family. This means that either the head of the household must get a second job, or the stay-at-home family member must get a job as well. According to the National Institute of Statistics and Geography (INEGI), for every 100 pesos earned in Yucatan by householders, 34 pesos are spent on food, beverages and tobacco, 18 pesos on transportation, telephones and internet,14 pesos on education and entertainment, and the remaining 34 pesos for expenses such as rent, mortgage, clothing, footwear and healthcare.

Many Yucatecos continue to live in a “no savings” culture and depend on either credit or working in the informal sector just to get by, but that is no longer sufficient. In spite of the findings of a national survey showing this situation to be common across the country, there are no plans to increase minimum wage because of the economic stress on the entire nation. In spite of these dire observations, there may be light on the wage horizon in Yucatan. It seems that the young people of Yucatan have the talent and education to take advantage of jobs being brought in by large international companies. Thus, business leaders are actually predicting a boom in wage levels in Yucatan in 2017. We hope they are right!

Christ of the Blisters

The Cathedral de San Ildefonso is the oldest cathedral on the North American continent. Housed in a chapel to the left of the nave is the most important religious artifact in Merida, the Cristo de las Ampollas (Christ of the Blisters). The Christ of the Blisters figure in the cathedral today is a replica of the original Christ figure that was recovered from a burned church in the nearby town of Ichmul. The original figure dates to the 16th century and was carved from the wood of a tree that had burned, but did not char, after being hit by lightning.

When the church in Ichmul caught fire, the figure was blistered but unharmed. It was named Christ of the Blisters and relocated to Merida’s cathedral in 1645. The replica on display in the cathedral today was created to replace the original after the sacking of the city by revolutionary forces in 1915. Each year, members of local unions carry the Christ of the Blisters on a procession around the main plaza on September 14. After that it is on display in the cathedral until October 17, when it is returned, via another procession, to its chapel.

On Thursday, September 15, 2016, Governor Rolando Zapata Bello read the Mexican Declaration of Independence to a huge crowd in the Plaza Grande, then gave the Grito de Independencia (Viva Mexico!) to shouts of “Hurrah!” from below. Then, the Governor rang the bell eight times and the national anthem was heard. After that, the fireworks began! The military parade began on Friday, September 16, at 8:00 AM, at the Monumento a la Bandera and ended at the Plaza Grande. There were 30 checkpoints, so hopefully no one partied all night and then tried to drive to the parade. If you missed it this year, you can plan on the same series of events for next year!

There is a difference between wild and cultivated vanilla populations. However, there is a lack of research showing what those differences are and how best to conserve both populations. For example, in Veracruz, wild vanilla was incorporated into cultivated vanilla and wild vanilla soon disappeared completely from Veracruz. At one time, Mexico was the world’s leading producer and exporter of vanilla. Now it has fallen to number four in the world because of the complexity of conservation. Yucatan wants to bring wild vanilla back as one of the Yucatan Peninsula’s finest exports. To that end, researchers are now doing the research necessary to understand the complex conservation and management necessary to get it done.

Profepa Has Been Busy

Over the past few weeks, Profepa, the enforcement arm of Semarnat, has shut down several real estate developments for lack of filing of the required environmental impact statements. They have also confiscated a small cage containing eight songbirds because the owner could not show proof of their origin.

The real estate developments were located at the beach, in the Municipality of Merida, and in the interior of the state. We often think of the environmental impact statement as only applying to beach plants, but some of these closings were related to endangered species of cacti and bromiliads. The fines for these infractions are from 30 to 50,000 minimum wages, so this is one subject that everyone needs to pay attention to, whether you are building or remodeling a house or contemplating buying a beautiful, exotic animal.

On display at this first-of-its-kind fair were gorgeous cattle, sheep and horses from 14 ranches. Also displayed were milk, cheese and other milk derivatives for the purpose of encouraging the consumption of local manufacturers. At this time, the state of Yucatan has given over 1.7 million pesos to the improvement of production and breeding. Overall, the secretariat has provided financial support of almost 14 million pesos in various events and fairs, as well as support for almost 450 cattle producers and their families. If you want to see some beautiful animals, they will all be on display at the Yucatan State Fair at Xmatkuil in just another month or two. Be sure to stop by and visit them when you go out to other events at the fair.

Learn to Ride a Bike at Sunday Bici Rutas

This photo to the right is of the Mayor of Merida and his family on one of the coolest bicycle contraptions we have ever seen. It is one thing to ride a bicycle built for two, but quite another to ride two bicycles built for a family and called, what else? “family bikes.” They are actually for rent at the Bici Ruta, so do go and give one a try. At the recent 10th Anniversary of the Bici Ruta, the mayor announced that anyone (adult or child), who wants to learn to ride a bike at no cost, can do so at the Sunday Bici Ruta. In addition, there will now be free wifi from the head of Paseo de Montejo to the Monumento a la Patria. The number of people attending the Bici Rutas is amazing: Bici Ruta Sunday: 4,500, plus Sunday Animaya: 650; Paseo de Montejo Saturday night: 3,500 and Las Americas Saturday night: 400. If you haven’t been to the Bici Ruta in Merida, you need to go.

Sympathy for Family of Harl McCoy

Harl McCoy, a Canadian, was 74 years of age. He was living in Chicxulub Puerto when he had a fatal heart attack last week. All of the expat community in Yucatan sends sincere condolences to Mr. McCoy’s family and friends. 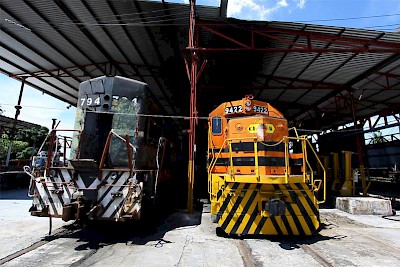 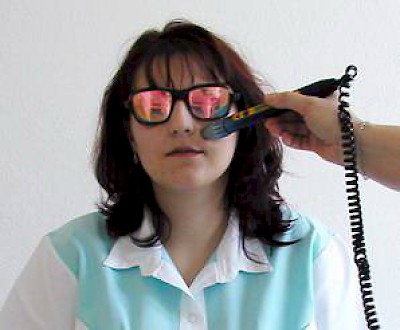 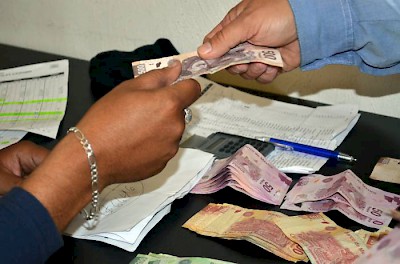 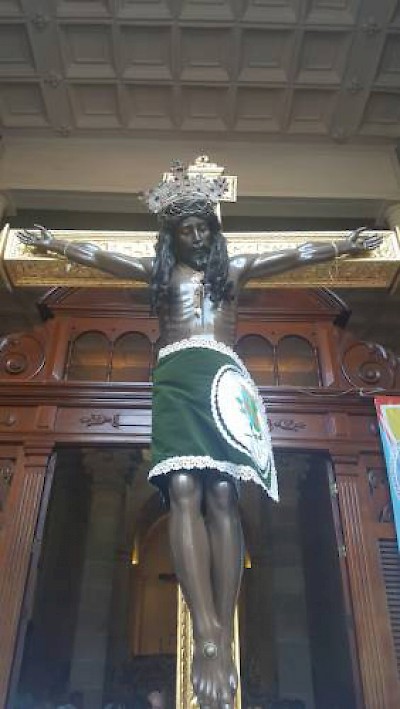 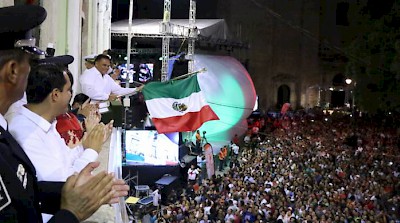 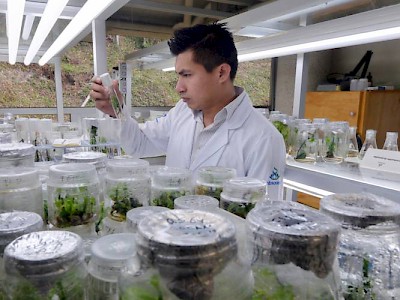 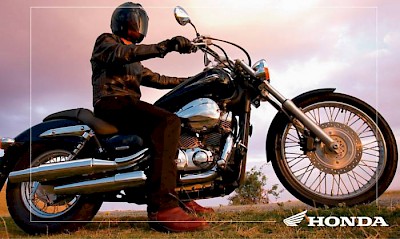 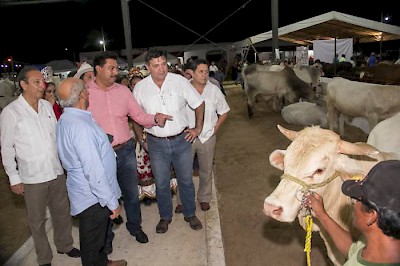 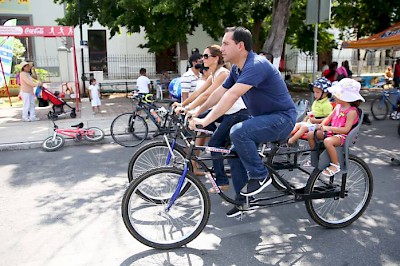 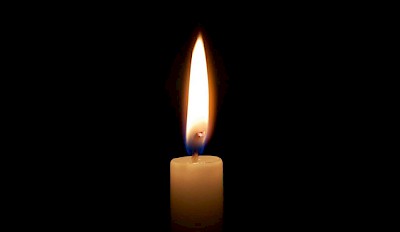