A fifteen year old from Quebec has used satellite photos, Mayan astronomy and his own intuition to solve some questions about the placement of Mayan cities and to discover a new city. William Gadoury loves everything Mayan and was studying Mayan constellations when he overlayed a constellation map on a map of the Yucatan Peninsula. He discovered that the known cities, like Chichen Itza and Uxmal, were exactly lined up with the stars in major Mayan constellations. Using this same map and thought process, he noticed that the third star in the 23rd constellation he was studying was missing. He found satellite images from space agencies, including NASA, JAXA (from Japan) and Google Earth, and discovered a third city where the third star of the constellation said it would be. He has named this city, as yet unexplored on the ground, K'aak Chi, or Mouth of Fire. The lost city has a pyramid that is 86 meters high, as well as 30 other visible (from the photos) structures. It is on the border with Belize. This young man is hoping to go to the International Science Fair in Brazil in 2017 but is lacking in the necessary funds. If you are interested in helping him get there, you can contact him at will_maya@live.ca. Felicidades, William!

Our book of Yucatan photos taken over the course of over ten years is still available! If you are in Merida, you can pick it up at the Merida English Library or at the gift shop at Hacienda Yaxcopoil. If you are in the USA or Canada, click here to order it sent directly to you! If you are interested in knowing more about Yucatan, this book will give you colorful insights into what life is like here. If you have ever been here, each amazing color photo will bring back memories! Hundreds of people are enjoying the book... get yours while they last! The book is not available anywhere else, and once its gone, its gone!

The newest computer virus is spreading in Mexico, as well as in Central and South America. It is introduced into the victim’s computer via a fake video with the file name: "My Video,” “Private Video,” “My First Video,” or in a user notification entitled “You are mentioned in a comment.” If you click on it, you are told that you need to install a plugin to see the video… and that’s when the virus is downloaded to your computer. Everything from identity theft to pornography soon follows. How to avoid this malware: Go to “Privacy Shortcuts” and edit so that you are the only one who can post on your timeline, and so that you can review labels on posts added to your timeline by others. Always pass on the urge to click on “Add extension” or “Install Video Play.” As social media outlets, especially Facebook, become more popular, the risk for encountering these viruses continues to grow. Users must learn how to protect themselves and their personal information.

Mayor of Merida Going to Harvard

Researchers from Harvard have completed a study that analyzes the geological, socioeconomic, cultural and historical conditions influencing the rapid growth of the urban areas of Merida. The object is to give urban planners, architects, and real estate developers the information they need to move a city toward sustainable growth. Mauricio Vila Dosal, Mayor of Merida, has been invited to give his opinion of the findings of this study. All expenses of the Mayor’s trip are being paid for by the Harvard University Graduate School of Design. This level of recognition for any city is monumental, and even more so for Merida as she moves toward her second reign as the Cultural Capital of North America.

What Did the Harvard Study of Merida Reveal?

Housing in Merida, by the numbers, tells us that there are more than 330,000 homes in Merida, with approximately 9,000 new homes built every year. The current inventory includes 5,000 new homes built but unsold, 27,000 abandoned homes, 72,000 rental houses, and 229,000 occupied homes. The most numerous, and fastest growing, age group in Merida is the 45 to 60 age group. Thirty years ago, there were 4.5 people per dwelling. Today, there are 3.6 people per dwelling and that number is continuing to drop, fueled by the advancing age of residents... and maybe by the influx or foreigners? Insight into these population statistics have been added to the toolbox of urban planners in Merida so that this dynamic city can continue to be a destination for international and local development projects.

With the opening of a new shipping company in Progreso, and the expansion of two others, Mexico is set to be a major international player in the export areas of automotive parts, juice, pork and honey. Yucatan is already a leader in the development of alternative energy, having been awarded contracts for four wind parks and five solar energy projects. The list of cities and countries with which Yucatan’s export and tourism industries are currently dealing include Germany, France, Holland, Spain, the UK, Cuba, Colombia, Brazil, China, Spain, Singapore, India, Peru, Dallas, Alabama, Houston, Miami, Toronto and Milan. Each of those cities, states and nations are investing in offices and industrial facilities in Yucatan. Yucatan is working hard to provide not just jobs, but good jobs for the people so that we all can continue living in a modern, safe, environmentally secure state.

Defining “Who is a Maya” and “Who is an Indigenous Maya”

Canadians and people from the United States who have Native American ancestors well remember the struggle for their tribal identification and rights as Native Americans. Yucatan is now embarking on that journey. Part of what spurs this movement is the millions of pesos that are destined for programs to assist the Indigenous Maya in the areas of education, access to health care, jobs, and the development of businesses. The first thing that has to happen is the removal of a physical description of the Maya from the State Law for the Protection of the Rights of the Maya Community. At that point, the law will need to be edited to reflect who a Maya person is today. For example, if a person was born in Yucatan, their ancestors were born in Yucatan, and the person retains some or all of the ethnic, social, cultural, and linguistic features of the Maya, then they can be identified as an Indigenous Maya. If they have not retained any of these features, then they are Maya, but not eligible for the programs designed to provide support and assistance for the Indigenous Maya. Examples of this can be found all over Canada and the United States. When tribal cards, access to health care, and a share of casino profits were introduced in the United States, many Americans discovered that, although their ancestry can be documented, their ancestor left the Native American community two or three hundred years ago and they are not eligible for a tribal card or to share in the benefits now granted to their ancestral tribe. The letter of the law is currently under review in Yucatan and legislators are working with research specialists in that field to make certain that the Indigenous Maya are properly defined.

This past week, Profepa stopped in to visit with the owner of Deer of Ake because they had been alerted to the fact that the owner had not filed a registration as a Unit of Management and Conservation of Wildlife. While there, they discovered that the owner also could not produce documents to certify the legal origin of the deer. This is a very serious matter in Yucatan and carries a fine of between 50 and 50,000 days of minimum wage. All 42 deer on the site were picked up and taken to approved sanctuaries. Profepa will act just as forcefully for one animal as for a whole herd so, if anyone feels the urge to keep wildlife outside of their natural habit without the proper authorization, they should know that – sooner or later – Profepa will come calling. To learn more about this law, visit La Ley General de Vida Silvestre en su artículo 122, fracción X.

The clutter of advertisements and announcements on every wall in the city is not good for the public image of Merida and is governed by Article 11 of the Regulation of Advertising Images and Announcements of the Municipality of Merida. New fines have been levied at 30,000 to 200,000 days of minimum wage. Since serious enforcement of this law began, in the late Fall of 2015, almost 3,000 of these advertisements have been removed. Exceptions to the law are ads during the holiday season, during civil celebrations and during Carnival. That is a pretty stiff fine, so be sure to check with the proper authorities before putting out any type of advertising (paint, poster, tarp, flag, etc.)

Do you remember those classes listed for your last semester in college? …the ones with “Selected Topics in Your Major?” Those classes were always a little scary and I seem to remember being given part of our grades for simply surviving. The students in the Business Division of the Anahuac Mayab University, in Merida, have just spent 17 days in China as part of their business education. This is the second year that the course “Selected Topics in International Business” has been offered. With Mandarin language skills and cultural understanding from the Confucius Institute at UADY, Yucatan’s young business professionals are well positioned far into the future.

New Marina to Open in Telchac Puerto in August

Telchac Puerto is pursuing a future in the luxury tourism industry. Toward that goal, the first phase, a new marina, will open in August of 2016. The marina will have 130 berths in five floating docks. The berths are to be built especially for boats between 30 and 100 feet in length. Later, there will be condominiums, private residences, hotels, shopping, a clubhouse, a yacht club, a sports area and ecological territory. The entire development, now dubbed a nautical luxury area, is geared toward meeting the needs of visitors with higher than average purchasing power.

Forbes Says: Merida Best City in Mexico to Live and Do Business

For the third time, Forbes Magazine has named Merida as one of the three best cities in which to live and do business in Mexico. The other two are San Luis Potosi and Leon, Guanajuato. They cite such characteristics as safety, climate, culture, quality of life, housing, and an educated workforce as major elements in their decision. Also of interest is that Merida was again cited as one of Mexico’s fashion capitals, alongside the traditional triad of Mexico City, Guadalajara and Monterrey. 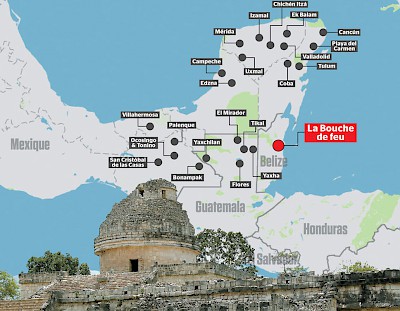 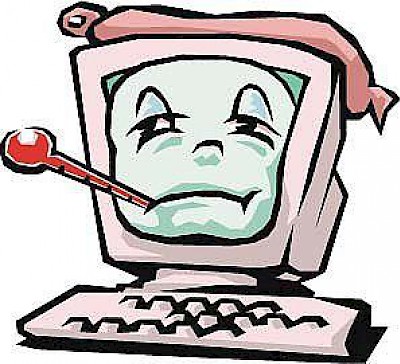 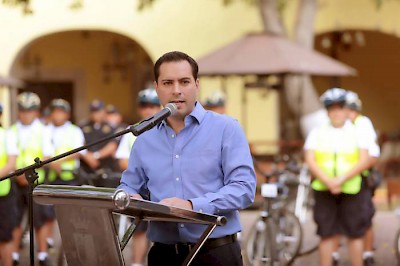 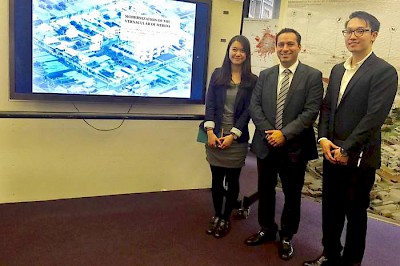 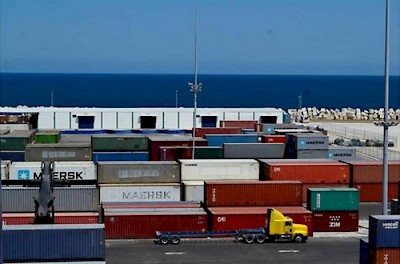 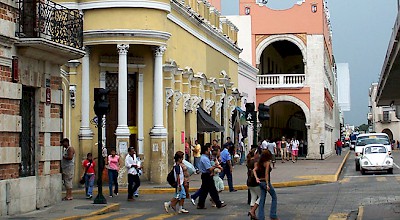 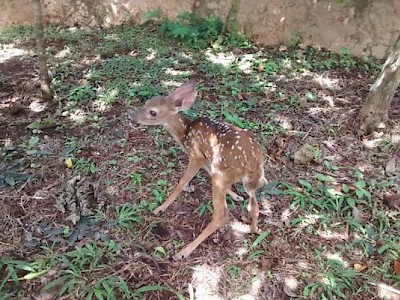 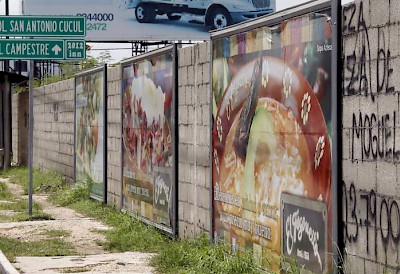 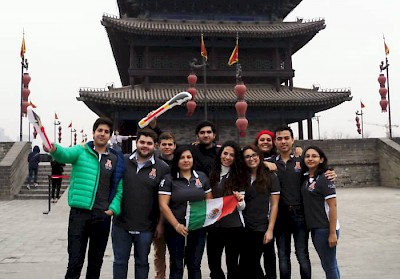 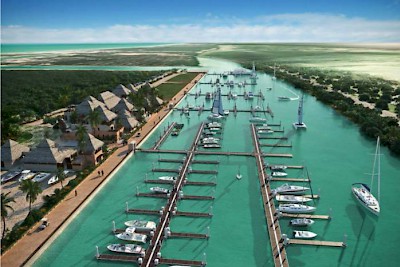 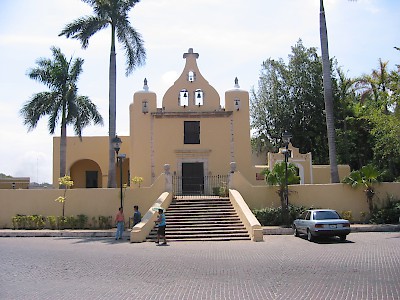