There are 134 turtle nests being guarded, in place, along the beaches of Yucatan. The nests that are brought to the turtle pens are the ones that are in danger from humans, predators, or natural phenomena (storms, tides, etc). With summer vacation coming up, surveillance has just been stepped up. Please note that it is illegal to ride ATVS and motorcycles on the beach, or really to do anything that may disturb a turtle nest. And please remember that the laws governing the care and protection of sea turtles are some of the strictest in Mexico. Look for the toddlers of Yucatan, long trained as the next generation of naturalists in Yucatan, to begin releasing baby turtles as early as late August or early September.

See a History of Yucatan in Maps Beginning July 17

This is an exhibition that everyone in Yucatan should see! The exhibition has stories that go along with each of the charts and maps that end up showing the geological and evolutionary chronology of the state. Only this way can those who live in modern society see what was here, how it changed and why, and how what we are doing to it is likely to change it (for better or worse) as we use our own ideas to shape the future. These maps have come together, as a collection, from around the world, and many are hundreds of years old. They are reproduced in their own languages and sizes.
Location: Siglo XXI Convention Center
Time: 9:00 AM to 9:00 PM / 7 days per week
Admission: Free, can also schedule tours by appointment at (999) 942-1999 ext. 513

Clean water is a public good and a global issue. It is also a very local concern for all of the people who live in any defined area, as well as an international concern for those who consider investing in any specific area. Over the past few years, Yucatan and France have enjoyed a relationship that includes shared economic growth, especially in Pays de Loire. That relationship, plus Yucatan’s abundance of natural resources, has led to the beginnings of a 25 year project to build the appropriate water treatment plants to serve all towns in Yucatan with a population of 5,000 or more. This includes Valladolid, Tizimín, Oxkutzcab, Ticul, Izamal, Kanasín, Conkal and Merida. It also includes desalinization plants, where necessary, on the coast. This means new jobs for Yucatecos, invaluable knowledge of how water plants work for the French, and a future investment destination whose economic value cannot even be determined. This is the kind of positive, long-term, economic news that continues to bring current investments to Yucatan, and will continue to do so for decades to come.

This is one of the biggest trade expos that everyone waits for because it brings buyers and suppliers together from every industry, with particular emphasis on entrepreneurial effort. Yes, yes – we know the men are looking for new technology and spiffy new gadgets. Let them go and shop to their hearts’ content. Sign them up for a few of those workshops about how to use the new technology. Keep them busy and happy! What we know is that (finally) there has been an official announcement that there will be representatives of the Ticul Shoe Fair and Women Producers on hand, each and every year, in Merida, at this Trade ExpoFeria. We dare say that “what are the dates of the Ticul Fall Shoe Fair?” may just be the second most asked question we receive. So, now we know for sure! If we get the Ticul dates too late to get them to you, there’s always the Trade ExpoFeria in Merida for shoes and accessories at prices you have to see to believe! Ladies - Mark your calendar now for October 16 through 19! This event will include visitors and participants from both Belize and Honduras, as a little added inducement to come on out and enjoy!

For most of us, changes in the upcoming school calendar will have little meaning. However, a growing number of expats work with children through a variety of social service, education, and nutrition programs. If you have plans with local children, or if you are planning a vacation around the dates that school opens or closes, these are the only date changes we have thus far: (1) School will take in, this year, on August 25, instead of on August 18 and (2) School will let out, next summer, on July 17, instead of July 14. That means that Summer will be a little longer this year, so do plan accordingly.

We are always hearing about children, in Yucatan, learning three languages in school, but this is the first time we have seen an actual report on a specific group of children, who have completed a specific program. In this case, 22 sixth grade children were assigned two Maya legends each. They then had to develop and write those legends in Maya, English and Spanish. The program was a complete success and is on track for being analyzed as a model for the country. The researchers did admit that one of the reasons this school was chosen was that it is so strong in English in every grade, and that most of the students are native Maya speakers, so new projects can continue over several years and more can be learned about this fascinating ability of children to be trilingual. It looks to us as if the world, for the children of Tekax, has been getting quite a bit larger for a number of years now. Well done!

Bank Behavior to be Monitored

For years, Yucatan has been encouraging and even supporting small businesses and entrepreneurs. Banking institutions decided they should begin financing small business and micro loans to that market, as well as to their regular and corporate customers. Unfortunately, the dealings of human beings with each other is not always perfect. Now, there is a new agency that will be monitoring the behavior of banks to ensure that no one takes advantage of borrowers who, most likely, have little to no banking experience. Banks found to have unfair terms in their contracts will be reported and their names put on a list. Some want to know what the consequences for landing on that list will be. At the present time, no penalty has been given, but this is part of a national financial reform movement that is coming out of D.F. for the purpose of helping lift the fortunes of entrepreneurs across the nation. At the very least, everyone will know which banks are not the best place to go to for a loan, and that is valuable to anyone who is starting out in business.

Classic dengue fever has turned up in Hunucma. The passage of one tropical wave after another is dropping a lot of rain on Yucatan, making it easier for mosquitoes to find a place to breed. Please redouble your efforts at keeping all sources of standing water off of your property until this threat passes. We were pleased to note that the call to arms on this topic went out after the first two cases appeared, along with instructions on keeping patios clean and clear so that entire towns can be protected.

November 15 and 16, Xel-Ha Park, Riviera Maya, Quintana Roo
This triathlon expects approximately 1,800 competitors and it is the talk of the Yucatan Peninsula this week. The Xel-Ha 2014 Triathlon website has everything you need to know, all on one convenient page, so do plan to be there, even if you aren’t planning to compete. This marks the 20th anniversary of the park itself and being chosen to host the national triathlon is a gift to the park from the Mexican Triathlon Federation.

There is a hobby club in Merida that brings together members of different ages and professional backgrounds in the world of modeling. The members of Club Bunker Maya create model airplanes, tanks, ships, spacecraft, helicopters, cars trucks, figures and complete scenes that are of either historic importance or that call for realism and detail. With only three official years in existence (actually 20 years in development), Merida’s Club Bunker Maya has been recognized by the International Society of Static Modeling and has won a number of foreign and national awards. Although members of Club Bunker Maya are mostly artists based in all three states on the peninsula, and there is only one female member, Reyna Cauich Uc. Congratulations to all of these talented folks, and best of luck to II Expo Maya Bunker. To learn more about static modeling, and the workshops they have available, meet IPMS Merida on Facebook .

Vote From Abroad.org: Be Ready for Nov. 4 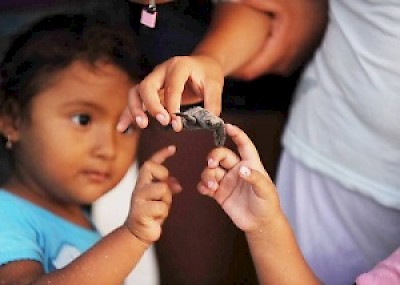 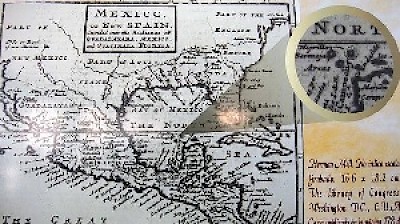 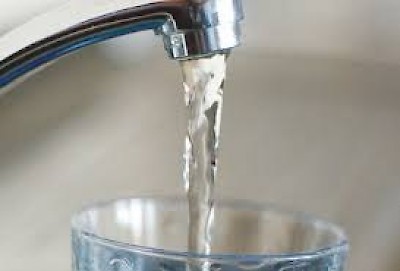 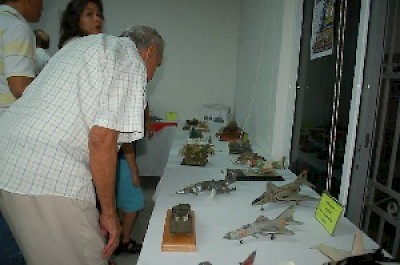