Did you know that Merida has a hyperbaric chamber with room in it for 23 patients at one time? It is the largest hyperbaric chamber in all of Latin America. This is a good thing because Merida is a medical center that serves an entire region of cancer, diabetic, and burn patients, as well as many divers who need decompression care.

Recently however, the health department decided that Merida can get along with the one-seater at O’Horan, and plan to take the big one to another state. Here’s the problem: the big hyperbaric chamber weighs 36 tons and is so big that it had to be installed first with the building constructed around it. To move it, either the building has to come down (70 million pesos) or be dismantled with a blowtorch (11 million pesos). Either way ruins the international certification of the machine itself. This story ends as a cliffhanger for now. We can’t wait to find out what the final decision will be.

The name of the airport is the Valladolid Airport Cargo Center. We know that all of the infrastructure (roads, runways, etc.) are in place; there are even separate sections to teach cargo pilots and maintenance personnel. Work is being done in conjunction with Grupo Ciclo. It is unclear why the airport is called both the Valladolid Airport Cargo Center and the Chichen Itza Airport, but it is clear that this is a cargo only airport for now.

There was a time when teenagers were forced, by culture and circumstance, to function as adults all over the world. That time no longer exists. The people of the state of Yucatan have decided that education is the way forward, along with human rights. For this, they have earned the respect of the international community. Every once in awhile, something strange comes out of left field, but Yucatecos are quick to act to stop it. This week, in Tizimin, a young bar manager went to renew his alcohol license. It was soon discovered that he was 17 and his waitress was only 14. Needless to say, the owner of the bar is in big trouble. Local, state and federal law enforcement got involved for this one and even the Army was there. The minors are now in protective care with the Office of the Procurator for the Defense of Minors and the Family. We have no clue where the owner is, but it is a safe bet that he will not be free for a while and will be much the poorer because he made such a foolish decision as to employ children in a bar in the state of Yucatan.

Hurricane Harvey has resulted in the closure of the Port of Galveston, effectively locking out four cruise ships; three from Carnival and one from Royal Caribbean will be stuck in the Gulf for about a week. This event is affecting the 20,000 passengers on those ships and all of the passengers who would be taking their places and sailing out for Yucatan on the next trip.

Over a year’s time, 1.7 million tourists leave Galveston for the Caribbean and Yucatan Peninsula. Now, every one of them will be at least giving weather events a second, if not first thought. We are all so sorry this has happened, but hope the stuck in the Gulf passengers enjoy their extra vacation days as best they can.

The Department of Youth and Sports of the City of Merida, in conjunction with the Club de BMX Cool-tura, held the first of what is to be an annual Bike Festival this past weekend. There were 100 participants, loads of great prizes and things to do for children and adults. Activities included an exhibition of modified automobiles by Club Cero Oxido. Merida’s rapidly spreading weekend Bici Rutas http://www.merida.gob.mx/biciruta/ have brought together all kinds of people, so we can look for the Merida Bike Festival to continue growing for years to come.

Did you know that the first live kidney transplant in Merida took place on August 18, 1987, and the first cadaverous kidney transplant in Merida did not take place until three years later, on December 8, 1990? That is almost 30 years ago. It was slow going at first because, as is the case around the world, there was a bit of resistance to transplants on cultural grounds. However, once the ball got rolling, it never slowed down again. A total of 456 kidney transplants have now been performed in Merida and turn around time (home to hospital to home again) now stands at one week. This is a very expensive surgery that is done at no cost to the donor. If they have insurance, the cost is only what the insurance covers. If they have no insurance, then the donation is completely free. Merida’s medical community is one of the brightest stars in her crown and everyone is proud of every level of care given and received in all of Yucatan.

One would think that it would not be necessary to even have laws against the mutilation of animals on general principles. Unfortunately, some human beings have no general principles, so they must have a set of rules, otherwise known as laws. If a circus removes the lower jaw of a bear and it dies, or if they declaw and defang a Bengal tiger, or don’t have proof of ownership of said tiger, a lion and three spider monkeys, it is probably best not to come to Mexico and it is certainly foolish to come to Yucatan. This past week, Profepa obtained a conviction against a circus person for doing all of the above. The penalty is two years in prison, a fine of $72,800,000 pesos, suspension of all civil and political rights, and confiscation of the still living animals and the remains of the bear. The best thing that can happen to these mistreated animals is for their owners to bring them into the state of Yucatan. Many many thanks to Profepa, especially in Yucatan, for all the good they do for so many unfortunate land and sea animals, and to our courts and judges as well.

Each year, the state of Yucatan, starts well more than half a million children out with two uniform shirts, a pair of shoes and school supplies from pencils to paper and even glue. Unfortunately, two pencils are not enough for the year, nor are a few sheets of school paper. The combined efforts of the state, Yucatecan altruistic organizations, and expats make certain that all of Yucatan’s children get the education they want and have the resources to do so. Some of the groups help the schools, some help individual students. Let us know if you need a list of these organizations and we will be more than happy to help you help them.

If you Use a Travel Agency

If you use a travel agency, anywhere in the world, please make certain that you check their background thoroughly. Do not hand over large sums of money to people you do not know. Yucatan has an agency known as Check inn, Prom Mid, Corporate Tourist, Indarco Group and Central Global Reservations. In addition to changing its name, it also changes locations. The owner, Juan CIP, is sometimes known as Jorge Salinas. He and his accomplice, Patricia G., have defrauded 150 people in the Merida area and warrants for their arrest are being prepared. Again, no matter who you are or where you live in the world, do not hand over large sums of money to anyone you have not, personally, checked out. It is far better to be safe than to be one of the defrauded, in hopes of getting a few pennies back on each dollar you gave to a crook.

Donald Trump has recently threatened to actually shut down the United States Government if Congress does not provide adequate funding for the wall he wants to build between Mexico and the United States. House Speaker Paul Ryan, along with Congress, has rejected the threat and other Republican politicians have joined the war of words.

At the same time Trump is threatening to abandon NAFTA via social media. Mexico informed him that they will not negotiate trade agreements on Twitter. Maybe he should try Facebook. 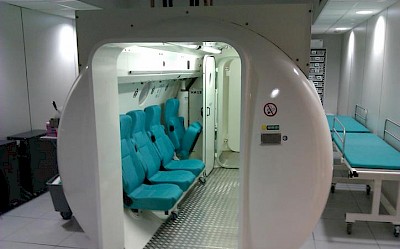 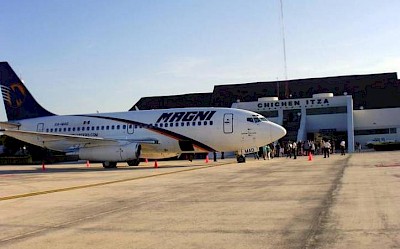 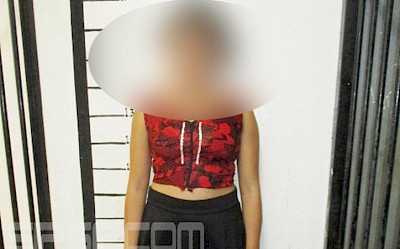 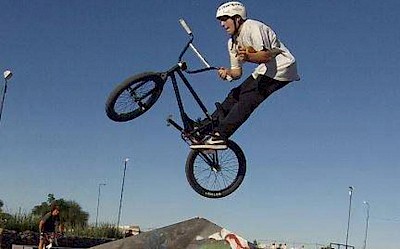 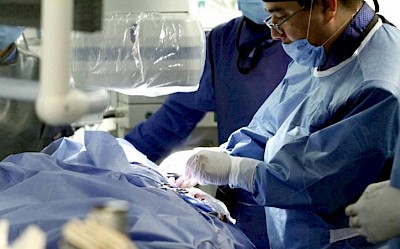 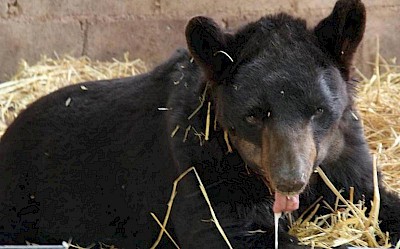 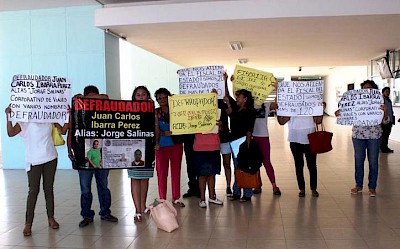 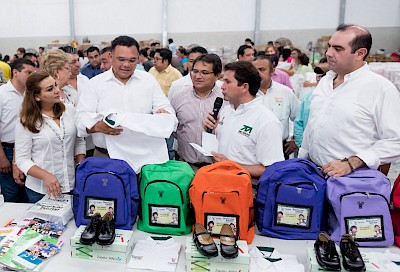 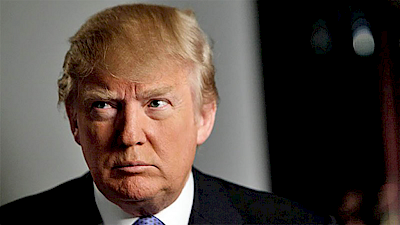